AncientPages.com - A black granite statue of King Amenhotep III was found by chance in a residential house in Al-Nakhl village in Edfu, Aswan.

In collaboration with Edfu police, Egypt's Antiquities Ministry has succeeded in recovering a black granite colossus of the 18th Dynasty King Amenhotep III. 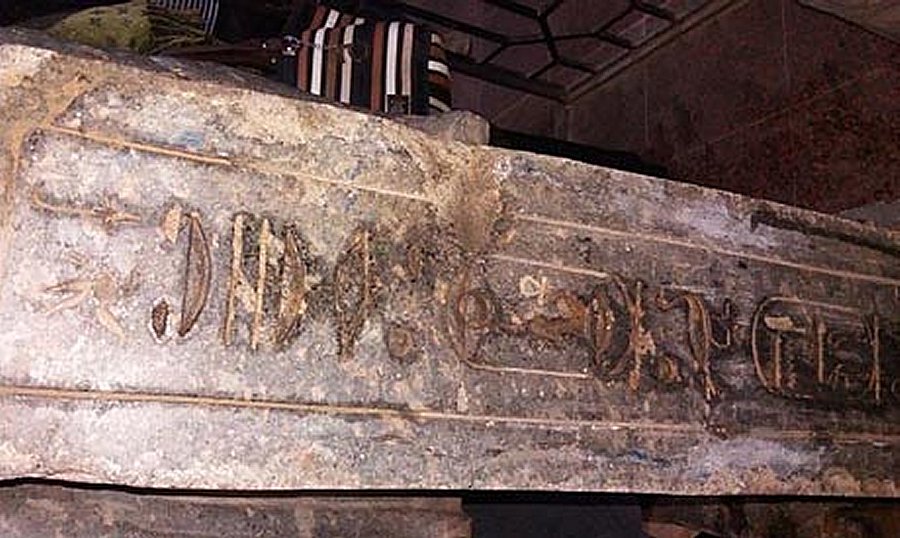 Engravings on the backside of the statue. Credits: Ministry of Antiquities

He went on to say that after inspecting the statue the ministry’s archaeological committee verified its authenticity.

Minister of Antiquities Mamdouh Eldamaty told Ahram Online that the statue was found by chance when Edfu police entered a residential house in the Upper Egypt village of Al-Nakhl in Edfu, Aswan, to catch red-handed weapons and drugs traders,' reports Ahram Online. 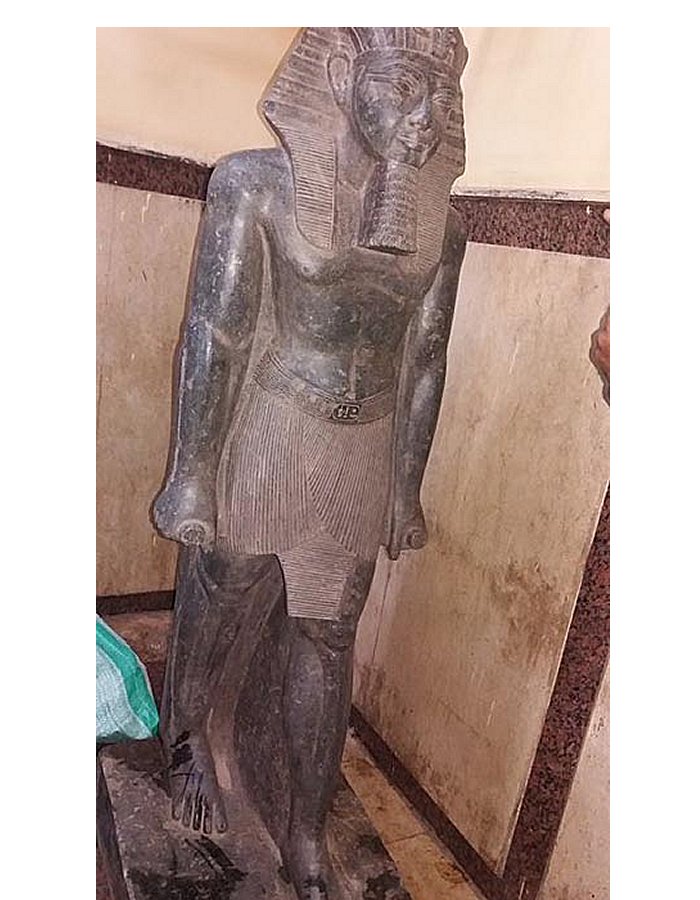 The recovered statue of of King Amenhotep III. Credits: Ministry of Antiquities

The statue is now in an antiquities storehouse in Edfu for restoration before transferring it to be put on display in Luxor Museum. Investigations are also pending to know where the statue was taken from, likely in illegal excavations.

Nasr Salama, director of Aswan Monuments, explained that the statue is carved in black granite and depicts King Amenhotep III standing with his left leg forward wearing the short skirt and a nemes headdress. 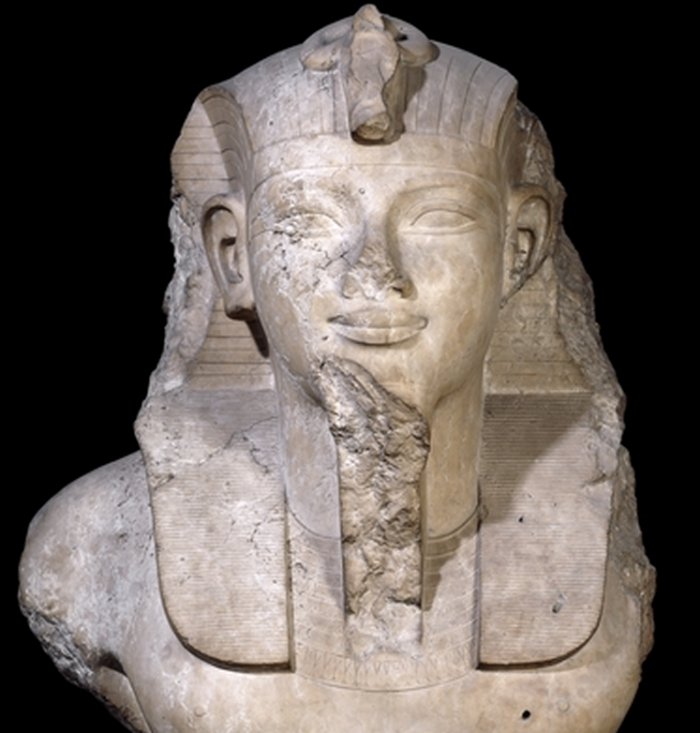 From the mortuary temple of Amenhotep III, Thebes, Egypt
18th Dynasty, about 1350 BC . Trustees of the British Museum

The middle part of the statue and its reverse side are engraved with hieroglyphic text while its base is decorated with the king’s various titles.

Amenhotep III (c. 1386-1353 BCE) was the ninth king of the 18th dynasty of Egypt. He was the son of the pharaoh Tuthmosis IV and his lesser wife Mutemwiya, husband of Queen Tiye, father of Akhenaten, and grandfather of Tutankhamun and Ankhsenamun.

His greatest contribution to Egyptian culture was in maintaining peace and prosperity, which enabled him to devote his time to the arts.

Many of the most impressive structures of ancient Egypt were built under his reign and, through military campaigns, he not only strengthened the borders of his land but expanded them. He ruled Egypt with Tiye for 38 years until his death and was succeeded by Amenhotep IV, later known as Akhenaten.