A. Sutherland - AncientPages.com - Bowling can be traced to ancient Egypt. It was a popular game practiced in ancient Egypt about 5,000 years ago.  Ancient Egyptians played a game in a large hall that was a cross between bowling and lawn balls. However, two people played at once, one at either end of a 4 meter long lane. 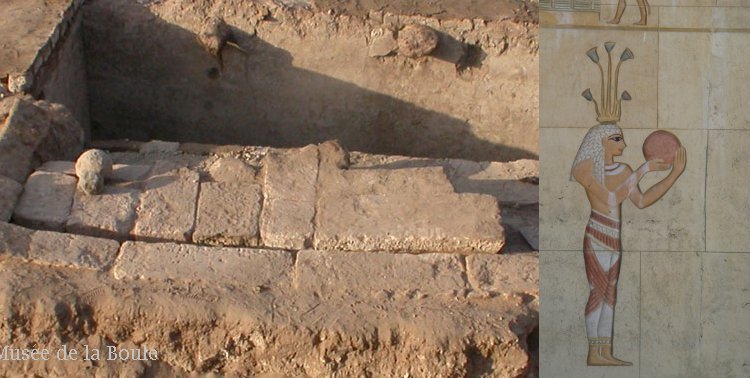 In the 1930's a British anthropologist, Sir Flinders Petrie, discovered all sorts of primitive bowling balls, bowling pins and other materials in the grave of an Egyptian boy from 3200 BC. It appears that the ancient Egyptians played a primitive form of bowling and that bowling is more than 5200 years old.

More recently, Professor Edda Bresciani, an Egyptologist at the University of Pisa and his team found evidence of an ancient Egyptian game that was a mixture of bowling, billiards and lawn bowls and was played at Narmoutheos, in the Fayoum region, some 90 kilometers south of Cairo. It was played in a spacious room that seems to be the prototype of a modern bowling hall.

The room was part of a structure, perhaps a residential building, which dated from the Roman period, specifically between the 2nd and 3rd century AD. Inside the room was a lane and two stone balls. The lane was about 4 metres long, 20 centimetres wide and 10 centimetres deep. And there was a 10 centrimetre square opening at its centre.  the balls had different diameters; one fitted exactly the square opening, the other could run smoothly along the lane. 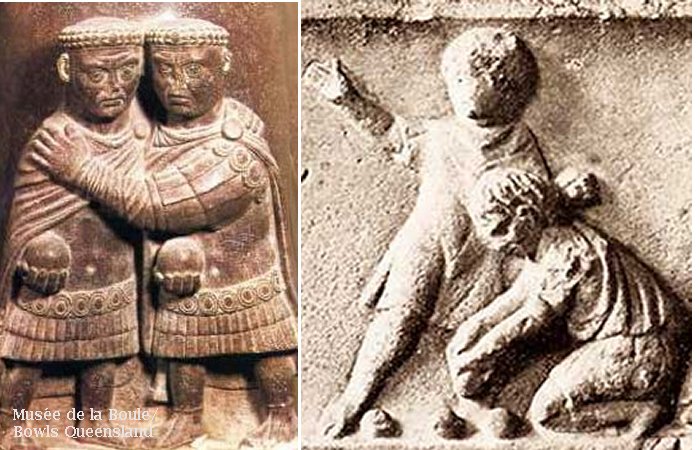 Ancient Egyptians played a bowls-like game as far back as 7200 BC, which spread across the Mediterranean,
evolving into Bocce in Italy, Petanque in France./Musée de la Boule/ Bowls Queensland

Ancient Egyptians played a bowls-like game as far back as 7200 BC, which spread across the Mediterranean,
evolving into Bocce in Italy, Petanque in France./Musée de la Boule/ Bowls Queensland

Bresciani says the game was played by two players positioned at the two ends of the lane. One would throw the smaller ball, the other the bigger one.

"They would throw the balls at the same time. Most likely, the bigger ball was thrown along the lane to prevent the smaller ball from entering the hole at the centre," Professor Edda Bresciani, said. 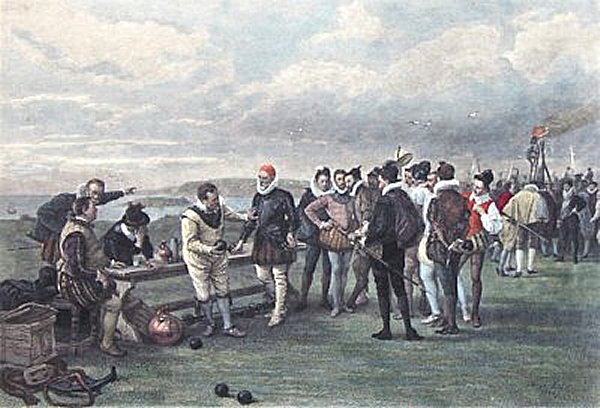 In France and Spain it is played with wooden or stone balls and is called 'boule' or 'petanque'.
It was introduced to Great Britain with the Norman Conquest, where its name loosely translated as 'throwing the stone'. Image via Bowls Queensland

"When this happened, the smaller ball could be easily recovered from the sand-filled terracotta vase below."

Each player took it in turns to throw the smaller ball, which determined the winner of the game. The winner was the player who was able to place the ball into the hole more times. Modern bowling is claimed to have roots in Germany around 300 A.D. 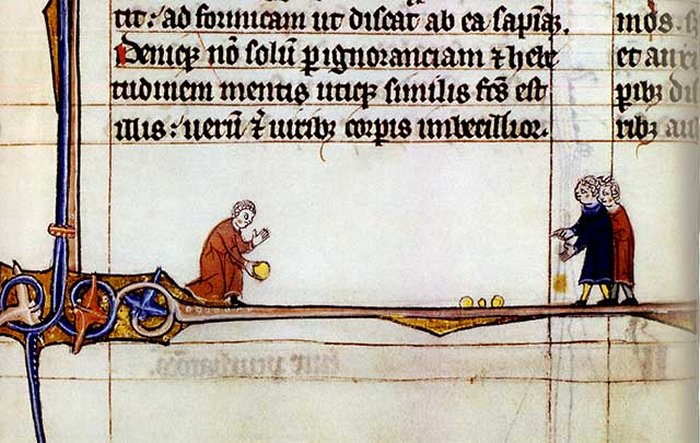 This is most likely where today’s pins were introduced. Parishioners were instructed to place their kegels, (a pin-resembling item that most Germans carried for protection and sport), at the end of a long lane. They then had to roll a rock at the kegel. If they knocked the kegel over, their sins were absolved. Martin Luther was an avid bowler, and set up a couple of lanes in his back yard so that he and his children could enjoy it as a sport.

Bowling was started in England in the early 1100’s. By the 1300’s there were several variations such as half-bowls, skittles, and ninepins. During the reign of King Henry VIII the game gained popularity and was played as a symbol of nobility and social status.