A. Sutherland  - AncientPages.com -  Africa’s rock art is very rich and can be found in many places across the vast African continent. It constitutes an important legacy of the ancients. 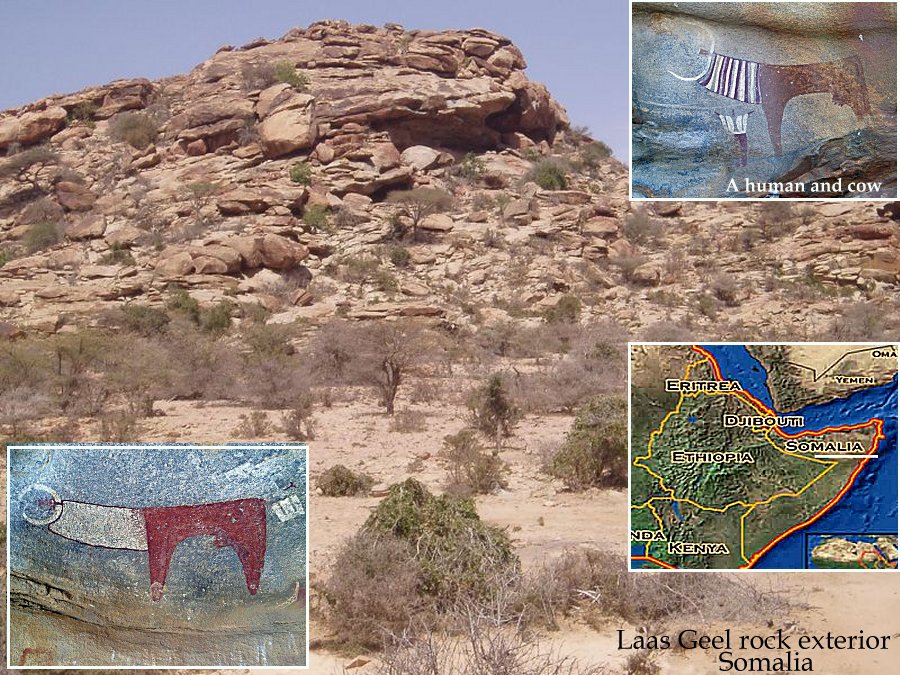 One such place is about 37 miles north of Hargeisa, the second largest city in Somalia. The place is known as – Laas Geel Caves, which in Somali language means: “where the camels once watered”, located in ten areas within a huge granitic outcrop.

The rocky massive of Laas Geel stands out from a gigantic plateau of granite carved out by wadis.

In 2002, local villagers, who have known about the paintings of Laas Geel for many generations, guided a team of French archaeologists to the caves. 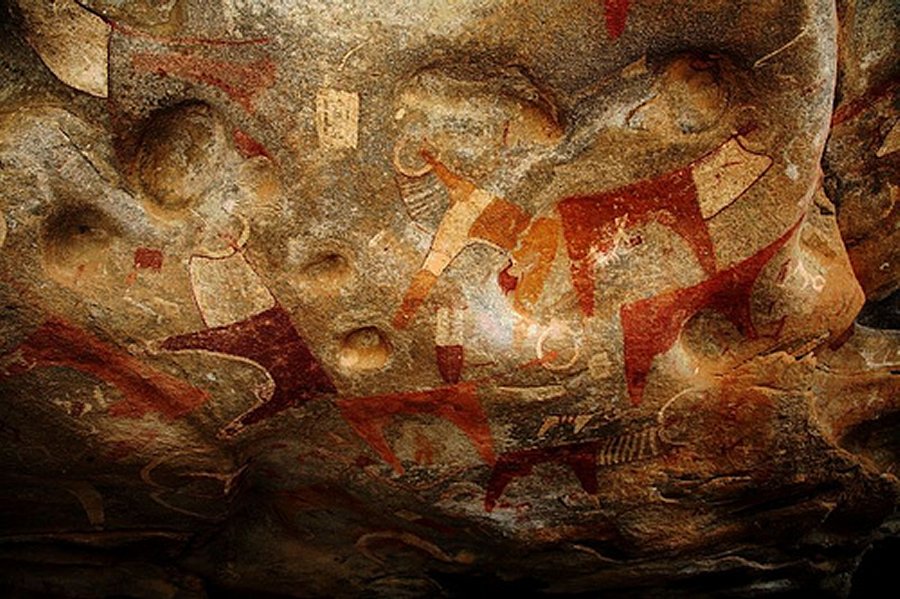 Some of the many paintings inside the Laas Geel caves, near Hargeisa in Somaliland/Somalia. Image via Wikipedia

The ancient rock art, depicting nomadic life more than 5,000 years ago has been well-preserved due to the dry climate of the region.

Along with the paintings, lithic tools were found scattered throughout the site, and tombs marked with stelae and mounds can be seen in the neighborhood. The paintings are distributed along 20 rock shelters, the biggest being approximately 10 meters long. 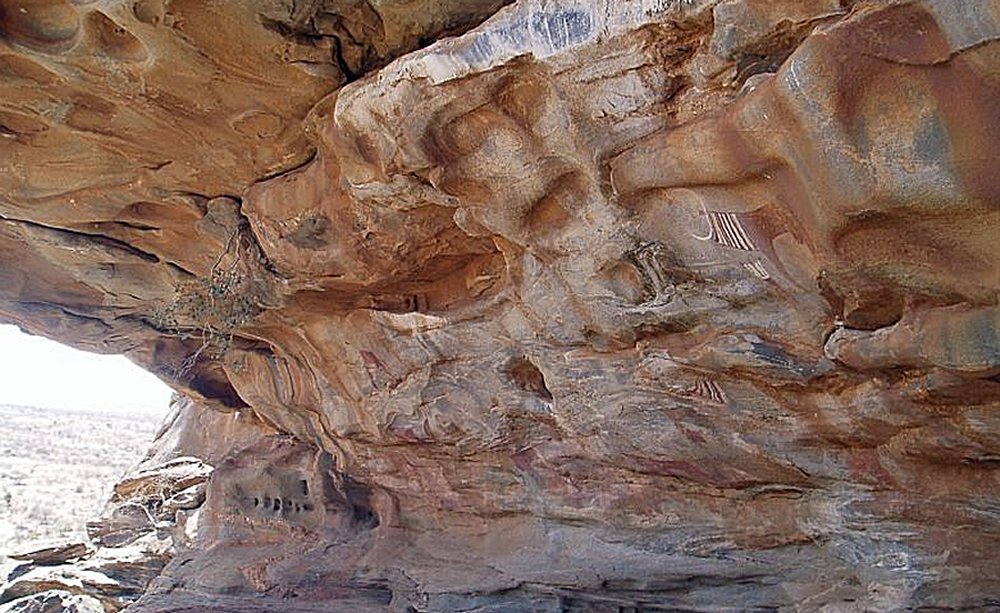 One of the alcoves at Laas Geel caves, Somaliland. Image via Wikipedia

The cave paintings are estimated to be at least 5,000 years old and most probably twice that age. The paintings portray with different colors, many animals such as dogs, antelopes, camels, giraffes; there also scenes showing the indigenous nomadic people worshiping cows. 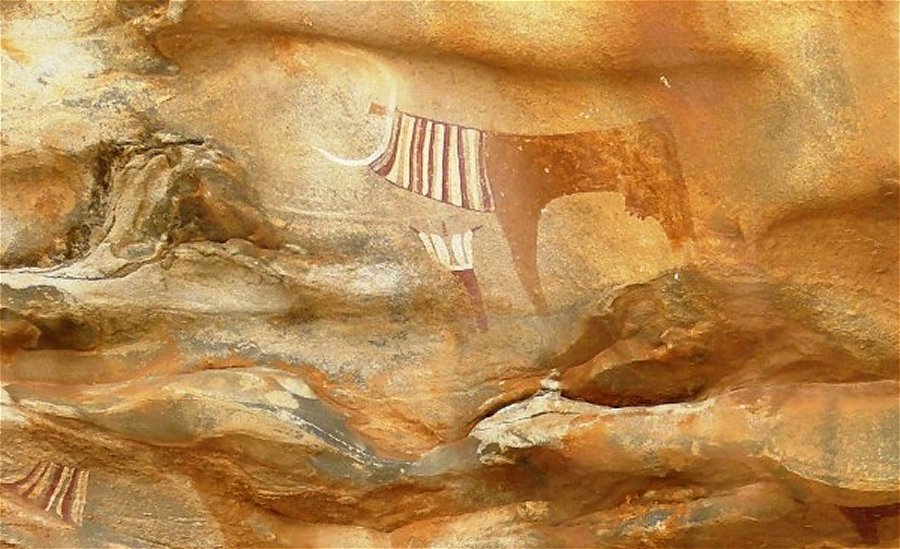 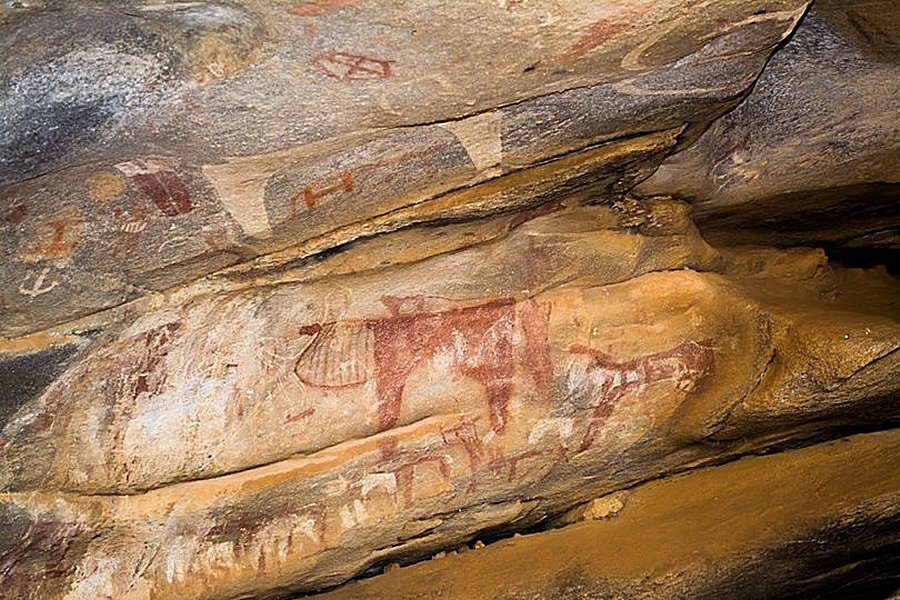 The most distinctive feature of these cows is their necks, depicted rectangular, abnormally wide and either blank or infilled with red and white stripes, either straight or wavy. These strange necks have been interpreted as mats hanging from the actual neck, in what could be interpreted as a ceremonial ornament.

The most painted animal is dog or a similar canid with a curved tail and pointed ears;
this animal is accompanied by a human figure.