AncientPages.com - Three massive, mysterious amphoras have been unearthed during excavations in the Kaniş-Kültepe-Karum archaeological field in Kayseri. While still unsure as to their use, experts said it would be difficult to produce such amphoras, even with today’s technology. 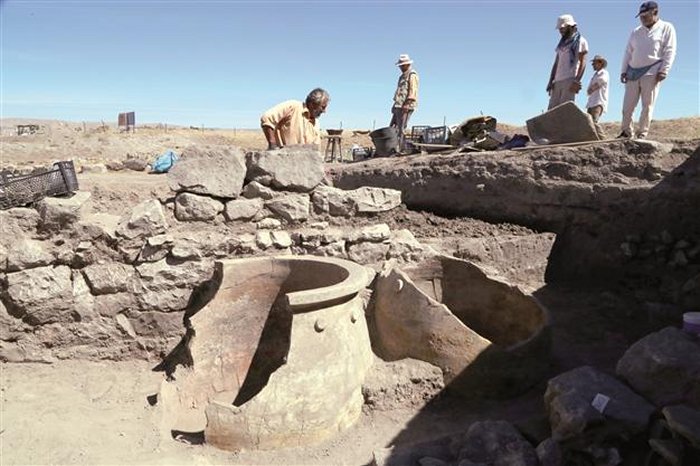 The amphoras had been used to keep grain and that they had taken samples to find out what exactly had been kept in the amphoras.

The three structures, which have a capacity of about 2.5 to 3 tons each, were discovered in the southern section of the palace area..

The amphoras  were found  in next to each other and in different sizes. According to Ankara University Professor Fikri Kulakoğlu, who is responsible for the excavations in the area, "the amphoras can easily take six-seven people at one time.” 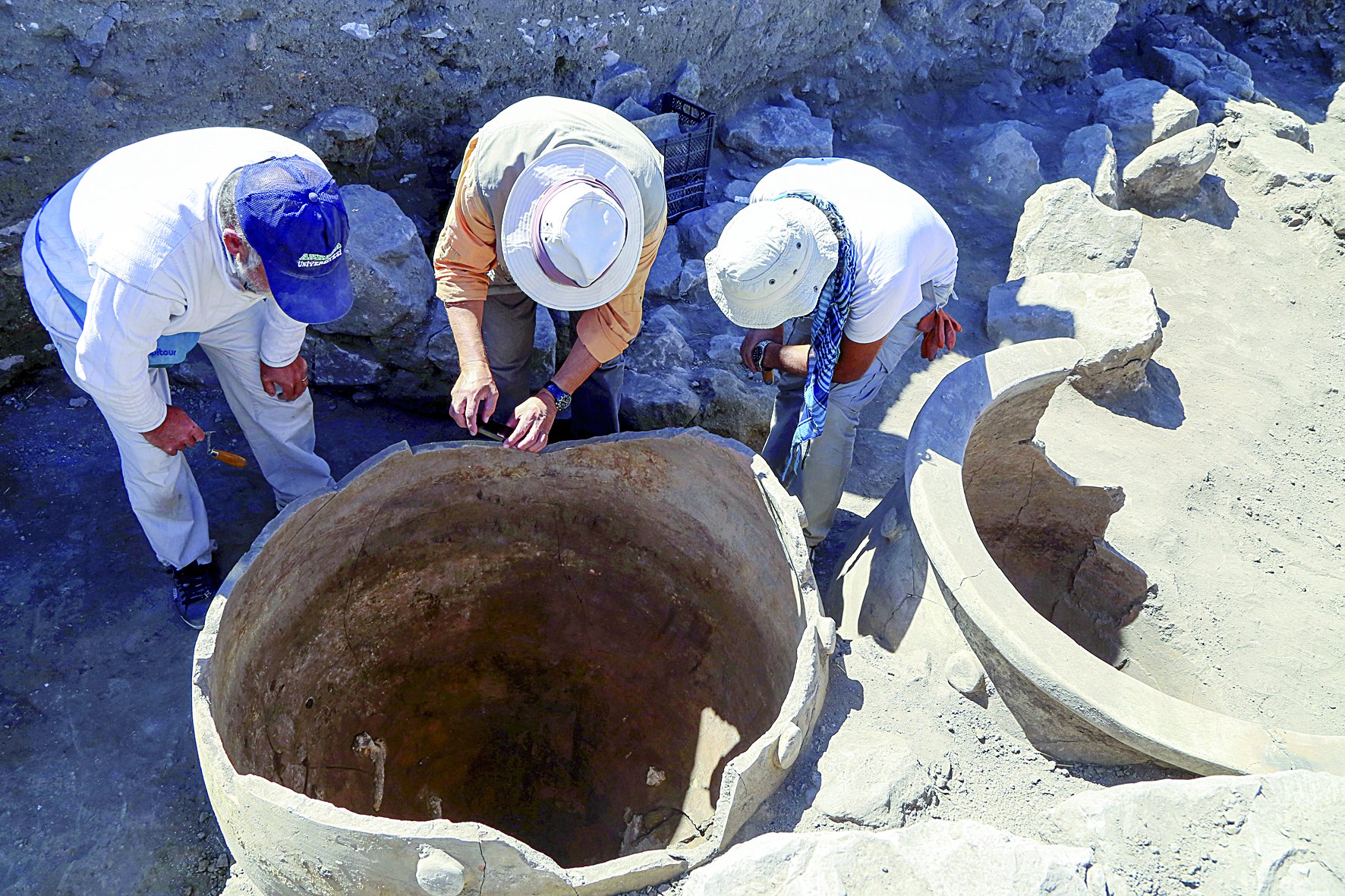 Two of the amphoras had been unearthed up to their top portions, while works were continuing for the removal of the third one.  The excavations in Kültepe frequently reveal surprises every year, but this is the first time something like the massive amphoras have been discovered, he said.

“Since the third amphora has received too much damage, we did not want to remove the earth on it in the initial stage. We saw that the top parts of the other two amphoras were broken and that the broken pieces had fallen into the cubes. We removed these pieces and numerated them. When the work is done, we will try to fix the cubes like their originals,” said Kulakoğlu. 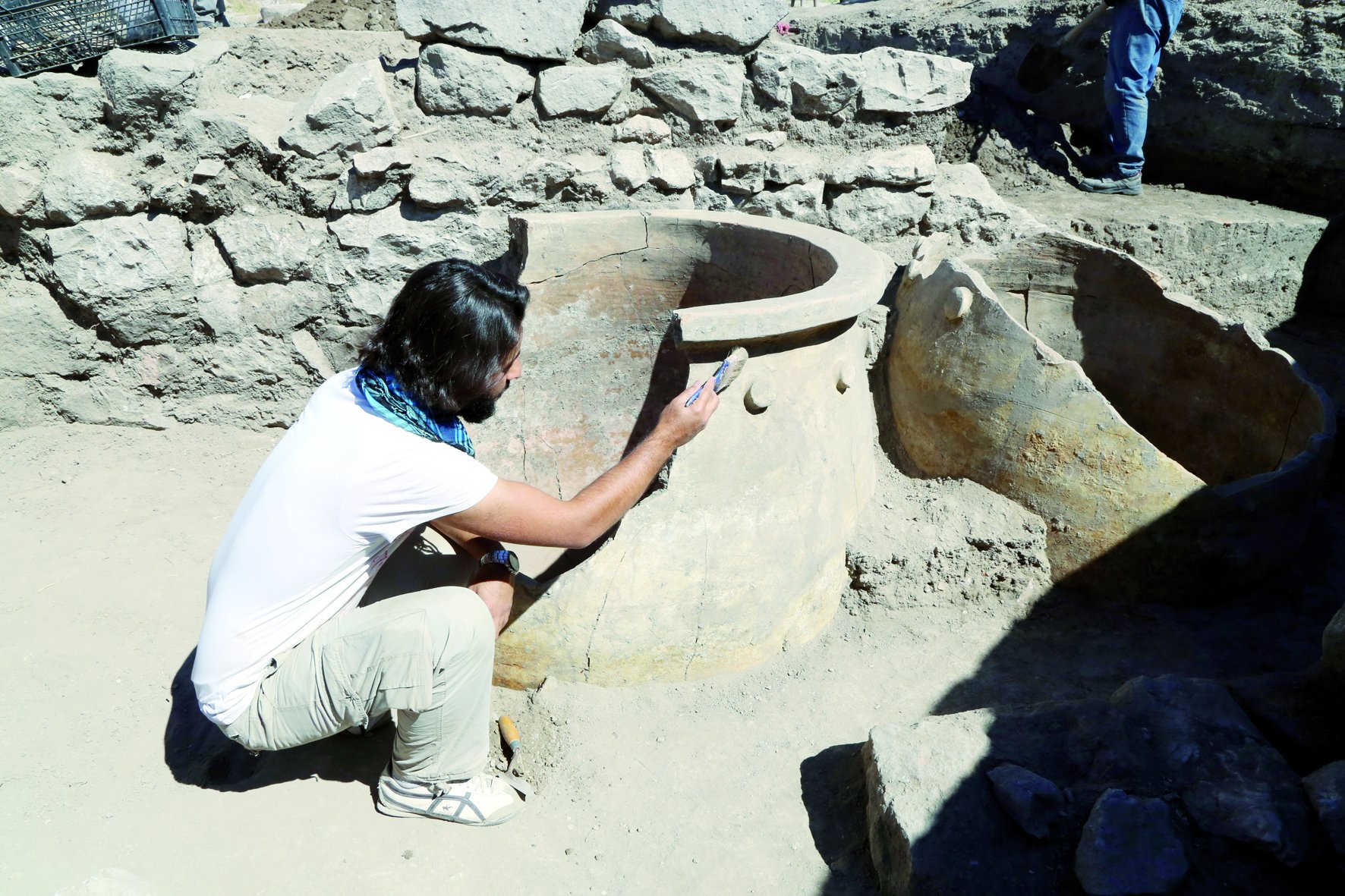 The professor said the first examinations showed that people had fixed the amphoras with lead 4,000 years ago instead of throwing the broken portions away. “It is also significant that the amphoras were repaired in their original location,” he added.

The professor said it would have been impossible to produce the giant amphoras elsewhere before bringing them to their current resting place. “We believe that they were produced in this place, which was the storage unit of the palace administrator. After finding the amphoras, we talked to masters in Nevşehir, known as the center of this profession," Kulakoğlu said.

They told us that the amphoras had been produced on a wheel in their current place within a few days. We discovered that they were not produced as a whole but in pieces. Then these pieces were joined.”

The cubes were cooked in a furnace-like place created around the field.