Jan Bartek - AncientPages.com - Archaeologists have discovered a beautiful and huge 2,000-year-old Roman basilica that many have been built by Herod the Great mentioned in the Bible. 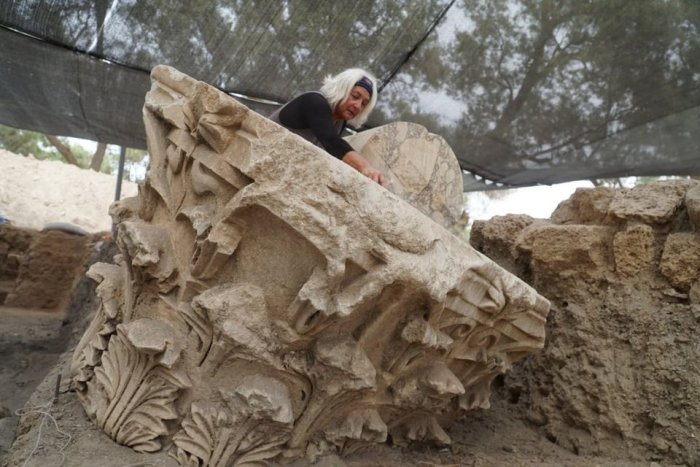 Established in the center of Ashkelon, the ancient Roman basilica which measures 115 x 34 meters, is the largest of its kind in Israel. The ancient structure is most likely the one mentioned in the writings of the historian Josephus referred to Herod’s construction in the city of Ashkelon and listed fountains, a bathhouse and colonnaded halls. 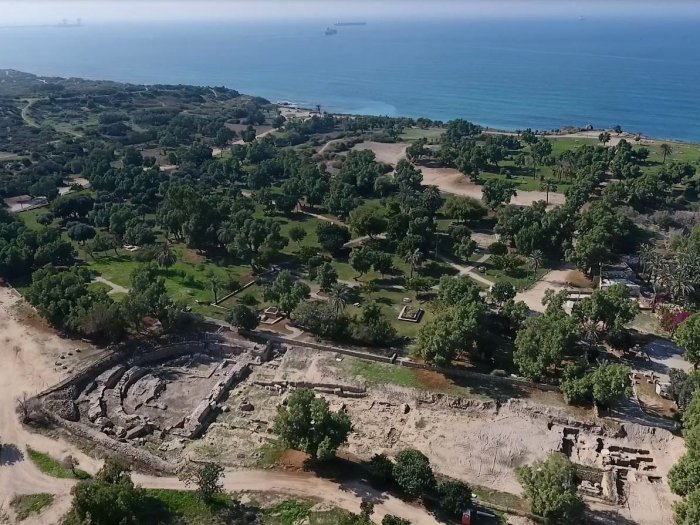 “Today, based on the new archaeological evidence, we can understand the origins of the historical record,” Rachel Bar-Natan, Saar Ganor, and Federico Kobrin, excavation directors working with the Israel Antiquities Authority, said in a statement.

Herod I, or Herod the Great (c. 75 - 4 BCE) is well-known for his colossal building projects throughout Judea. The Roman-appointed king of Judaea renovated the Second Temple in Jerusalem, expanded the Temple Mount, and among things, constructed the port at Caesarea Maritima, the fortress at Masada, and Herodium. 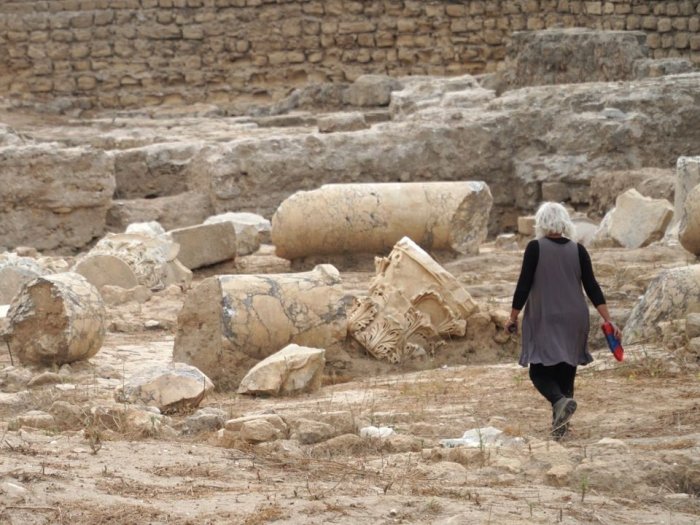 Parts of the basilica. Credit:

Considering his great building projects it wouldn’t be surprising to learn hew as the one how ordered the construction of the basilica archaeologists are now investing in Israel.

According to the Israel Antiquities Authority, large parts of the 2,000-year-old basilica are still in well-preserved condition. The roof of the basilica was divided into three parts – a central hall and two side halls. The hall was surrounded with rows of marble columns and capitals, which rose to an estimated height of 13 meters and supported the building’s roof. The floor and walls were built of marble. 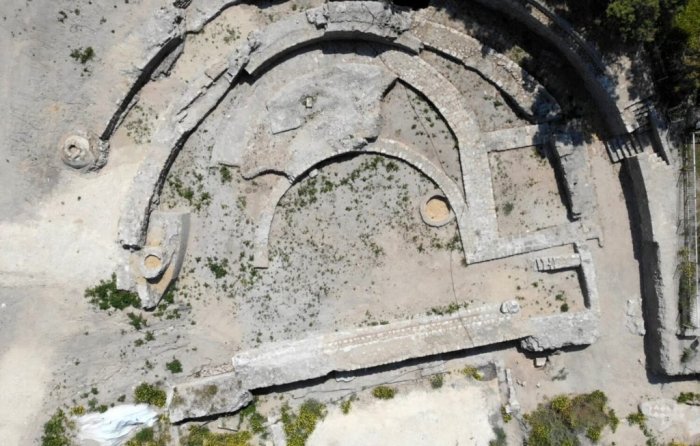 The marble, discovered during many years of archaeological excavations lasting until two years ago, was imported from Asia Minor in merchant ships that reached the shores of Ashkelon, which was a famous, bustling trade city.

Roughly 200 marble items weighing hundreds of tons have been found in all, testifying to the building’s great splendor. Among the items, dozens of column capitals with plant motifs were discovered, some bearing an eagle – the symbol of the Roman Empire. Pillars and heart-shaped capitals stood in the corners of the building. 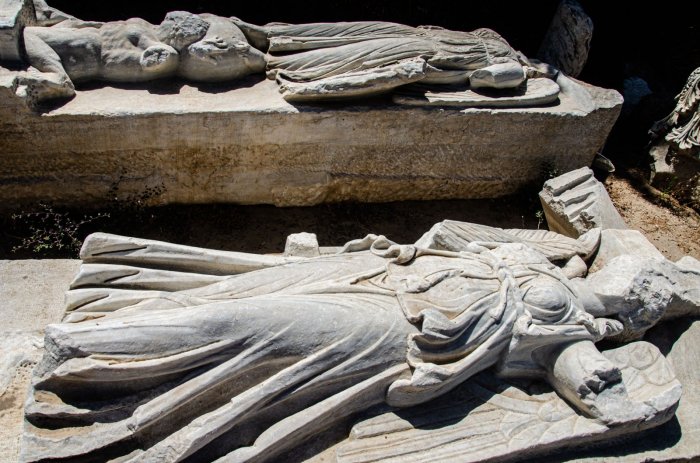 Statues of the goddesses Nike and Tyche, or Isis, at the Roman basilica in Tel Ashkelon National Park, Israel. Credit: Israel Antiquities Authority

Excavations by the British in the 1920s unearthed huge statues, including a statue of Nike, the goddess of victory, supported by the god Atlas holding a sphere, and a statue of Isis – an Egyptian deity depicted as Tyche, the city’s goddess of fortune.

The floor of the excavated basilica will be restored and filled in, and additional columns will be placed around the perimeter.

In addition to this, archaeologists have also found an ancient odeon (theater) at the site.

The public will be soon able to access the magnificent basilica and observe the marvelous findings from this excavation! All these exciting archaeological discoveries are now being revealed for the first time and will soon be open to visitors to Tel Ashkelon National Park, enhancing the visitor experience at the site.

The site will be opened on completion of the development, conservation, and restoration work, which includes erecting sculptures and marble columns found in excavations at the site.