Conny Waters – AncientPages.com - There is a new hope to finally unearth the lost tomb of Alexander the Great.

Greek archaeologist Calliope Limneos-Papakosta had been digging in Shallalat Gardens, a public park in the heart of Alexandria, Egypt, for the last 14 years for traces of Alexander the Great, king of the ancient Greek kingdom of Macedonia and the famous conqueror. 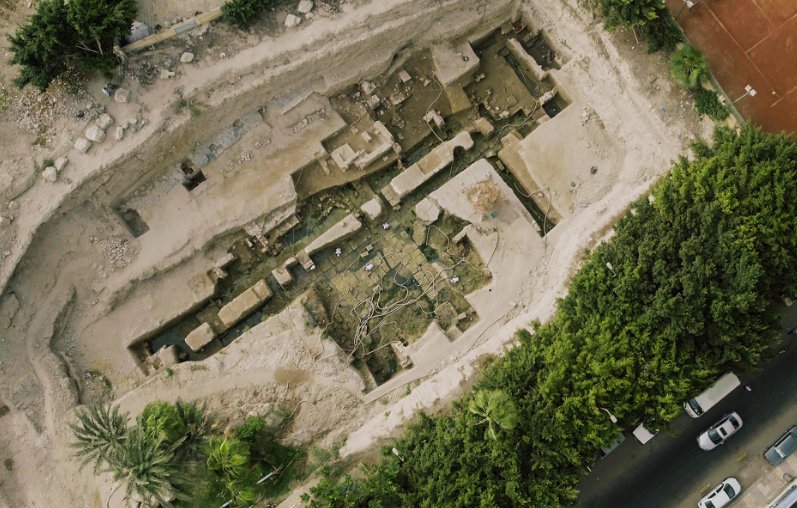 Buried and forgotten for centuries, the foundation walls of a monumental building dating to the era of Alexander the Great have been uncovered in the Egyptian city named in his honor. PHOTOGRAPH COURTESY NATIONAL GEOGRAPHIC

The National Geographic writes in a new article how a bit of soil shifted in the pit and Papakosta’s assistants called her over to inspect a piece of white marble poking out of the dirt.

“I was praying,” she says. “I hoped that it was not just a piece of marble.” The artifact turned out to be an early Hellenistic statue bearing every hallmark of Alexander the Great. It was a powerful incentive for the discouraged archaeologist to keep digging.

Seven years later, Papakosta, who directs the Hellenic Research Institute of the Alexandrian Civilization, has dug down 35 feet beneath modern-day Alexandria and uncovered the ancient city’s royal quarter.

“This is the first time the original foundations of Alexandria have been found,” says Fredrik Hiebert, archaeologist in residence at the National Geographic Society. “It gave me goosebumps to see it.”

And the site may yield one of archaeology’s biggest prizes—the lost tomb of Alexander the Great. 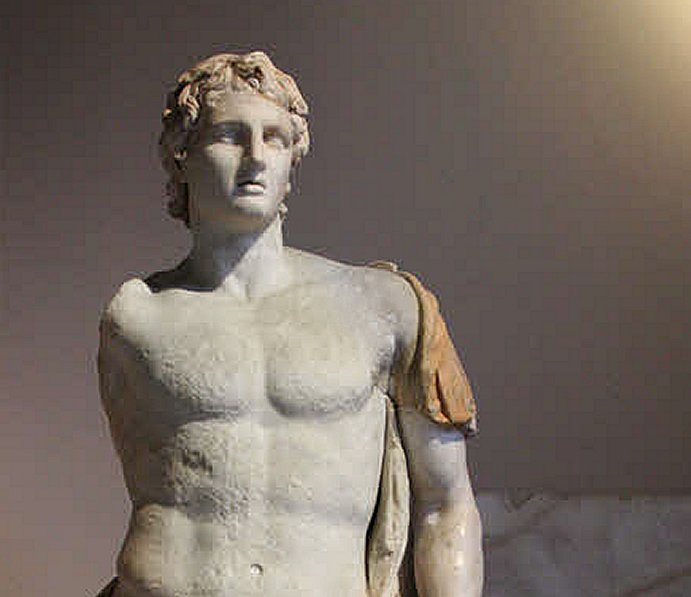 Alexander the Great (356 - 323 BC) was believed to be the most successful military leader of all time. He became a King, an Emperor, and even was venerated by some as a God. Alexander of Macedon conquered and expanded an Empire extending from Greece to distant Indian Asia. He was only 32, when he died.

Hope of a historic find keeps Papakosta digging, guided by ancient accounts and a 19th-century map of Alexandria before its boom. She also uses modern technology, such as electrical resistivity tomography (ERT), to determine where to dig. ERT passes an electrical current into the soil to measure resistance and detect subsurface objects.

So far, her team has identified 14 anomalies that may be structures far beneath the ground.

Using these and other methods, Papakosta is uncovering more and more of the city’s ancient royal quarter—including a Roman road and the remains of a massive public building that could point to Alexander’s tomb.

“I’m happy that I did not give up when I first arrived at the water table,” says Papakosta, who had to engineer an elaborate system of pumps and hoses to keep the site dry enough to excavate. “I was insistent and continued. I go on,” Papakosta said, who believes now that she’s closing in on Alexander’s lost tomb.

“For sure, it’s not easy to find it,” she says. “But for sure, I am in the center of Alexandria in the royal quarter, and all these possibilities are in my favor.”