Angela Sutherland  - AncientPages.com - In Greek mythology, Bellerophon was the son of the mortal Eurynome (Eurymede) and Glaucus, the son of Sisyphus and King of Corinth. Still, to many of us, he is, first of all, known as the hero of Homer's Iliad. 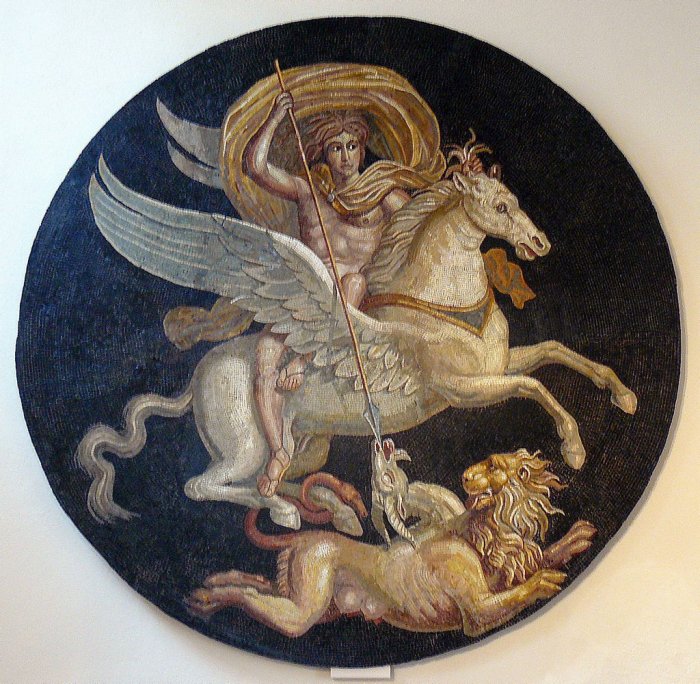 Bellerophon was beautiful and handsome as a god and equal to the immortal beings in courage.

So what did happen that he ended life in misery and blindness?

One tragic incident of his early life happened when Bellerophon - playing with his father's bow - accidentally killed his brother (in another version, the Corinthian citizen), for which he was exiled from the court. Feeling hostility from the citizens of Corinth, he took refuge at Argolis, where he was warmly greeted and greatly honored by the king of Tiryns, Proetus.

The king's divine wife, Anteia (Stheneboea), fell in love with Bellerophon, but he did not want her love. As he rejected her, Anteia wanted revenge for his insult. Now, only her hatred fueled her wrongdoings. She went to her husband, saying: 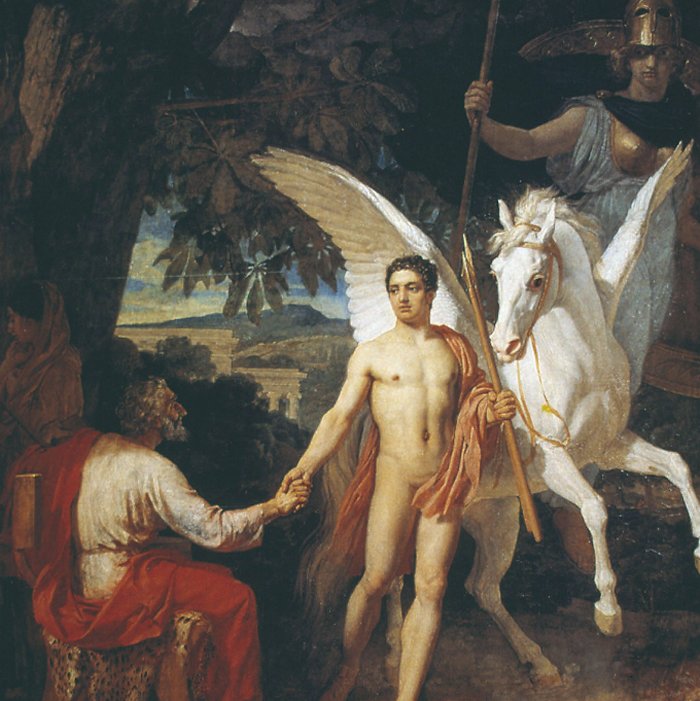 Yóbates, Bellerophon, Pegasus, and Athena are represented in a painting from 1829, the work of Aleksander Andréyevich Ivan. Image credit: Aleksandr Ivanov  - Public domain

"Oh, king! Bellerophon insults you heavily. You must kill him. He haunts me, your wife, with his love. That's how he thanked you for your hospitality!"

But what she said to her husband was a lie. No less, this lie could hold.

The king was furious and undoubtedly disappointed, but he could not mistreat Bellerophon because he was his honored guest. Being afraid of Zeus' anger for disrespectful behavior toward a guest, Proetus had to find another solution.

Finally, he decided to send him a letter to Anteia's father, Iobatus, the king of Lycia.

In the secret letter, written on the double-folded and sealed tablet, Proetus explained to Iobates how seriously Bellerophon had insulted him and asked him to take revenge on him for the insult.

"Pray to remove the bearer from this world: he attempted to violate my wife, your daughter."

Like Proetus, also, Iobates feared anger from the gods for killing a guest. Instead, he sent Bellerophon on a hazardous mission that he considered impossible. The hero's task was to kill Chimera, a monster with a goat's body, a lion's head, and a serpent's tail.

The creature spewed fire from three mouths and terrorized the nearby countryside of Caria for a long time. 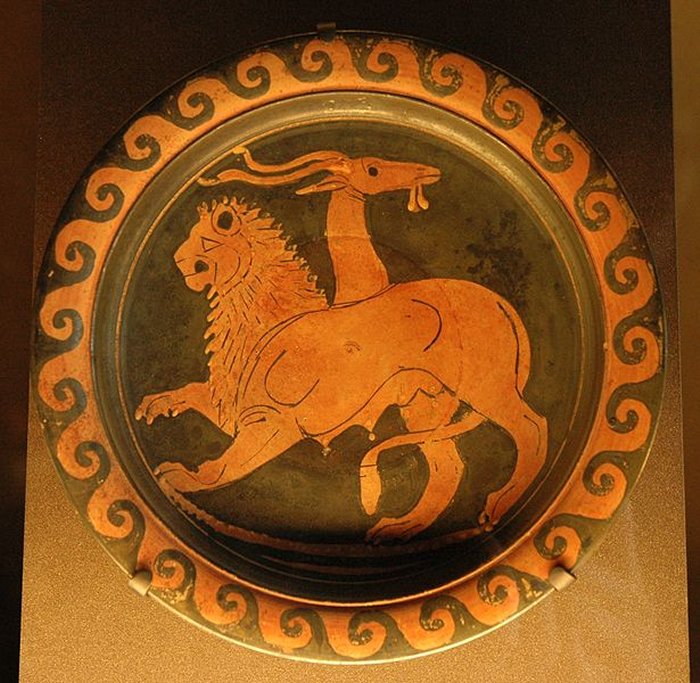 Bellerophon encountered the famous Corinthian seer Polyeidos, who advised him about his dangerous battle with the creature on his way to the fight. Bellerophon was a brave young man, but to kill Chimera, he had to own the winged horse Pegasus, an extraordinary divine creature that flew out of the body of the gorgon Medusa killed by Perseus.

He knew where to find this wonderful horse but catching him was not easy.  As soon as he approached the winged horse, the divine animal was carried away with the fastest wind speed behind the clouds.

Finally, Bellerophon managed to tame Pegasus and, flying on him, approached the mountains of Lycia, where the monstrous Chimera had its dwelling. Chimera sensed Bellerophon's approach and tried to hide somewhere, but there was no place to hide. Bellerophon followed her everywhere on his winged Pegasus. Chimera could not hide anymore from the hero's small but deadly arrows.

The hero won the battle with Chimera, engaged himself in a fight with the Amazons, and again was also victorious, killing ambushing assassins he met on his way. King Jobates was impressed and gave Bellerophon his daughter Philonoe and half of his kingdom as a dowry. It seemed the pair was happy with their three children. They lived in Lycia, surrounded with glory and respected by the people.

But were they happy? Or, more precisely, was Bellerophon happy?

Now, Bellerophon was famous and very proud of his almost impossible successes. Pegasus's winged divine horse had an honorable place in Greek mythology and was greatly important for the hero, Bellerophon.

Pegasus symbolizes glory, creativity, and inspiration. Bellerophon needed these virtues and got them all. He also possessed qualities such as courage and strength.

He was famous, highly honored, and wealthy.  However, pride overwhelmed him as soon as he received fame and glory for his extraordinary deeds. Unfortunately, he became arrogant and too proud.

With these negative human values, he lost the favor of the gods.

He imagined himself equal to the gods and tried to fly to Olympus on the divine Pegasus to see the gods. Zeus sent a gadfly to sting Pegasus, causing Bellerophon to fall back to Earth. The gods could not tolerate this behavior and punished Bellerophon for his arrogance.

The hero never reached Olympus, but Pegasus's marvelous horse continued up to Olympus and has not been seen since.

Bellerophon did not die but was seriously wounded. He became a blind cripple,  forgotten and abandoned by all until death.