Ellen Lloyd - AncientPages.com - Being judged by the Greek gods was horrible, but receiving an eternal punishment was the worst that could happen.

Sisyphus tried to escape his fate, but Zeus had his eyes on him, and the founder and first king of Ephyra (Corinth) had to pay the price for his evil nature and misbehavior.

What horrible deeds did King Sisyphus commit? How could he upset the mighty god Zeus so much that he was condemned to hard labor for an eternity? 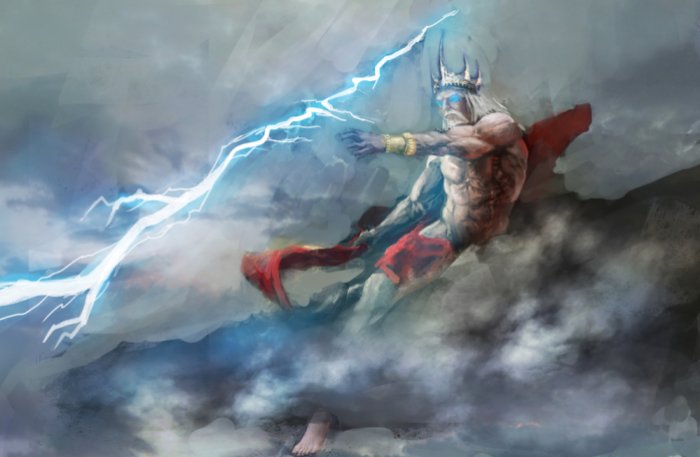 God Zeus was a harsh punisher, and he didn’t hesitate to judge even those he cared much about. For example, King Tantalus who was the son of Zeus was an arrogant and evil individual who violated divine laws.  As Zeus’ son, he was expected to demonstrate appropriate behavior but he could not or perhaps he didn’t want to. Zeus gave his son a penalty that never ceased and punished Tantalus by sending him to Tartarus, the land of the dead.

Prometheus didn’t escape Zeus’s fury either. He wanted to give humans the gift of fire, but Zeus disapproved. Prometheus’ actions led to that he was severely punished by the gods for multiple transgressions. He was chained to the rocks of the Caucasus, where he had to spend thousands of years.

King Sisyphus Was An Evil Man

Through his seduction of Anticleia, King Sisyphus is sometimes referred to as the true father of Odysseus, a legendary Greek king of Ithaca and the hero of Homer's epic poem the Odyssey.

According to Greek myths, King Sisyphus was an evil ruler who enjoyed killing people and was extremely greedy for wealth. He has been credited with the founding of the Isthmian Games, an ancient sport and music festival in Greece celebrated in honor of sea god Poseidon. 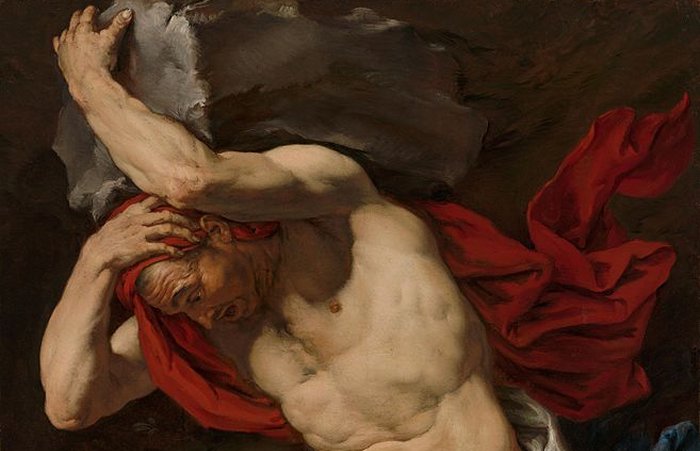 Sisyphus committed several crimes against gods and mortals. He killed, raped, stole, and was hated by many.

The fact that was both cunning and intelligent worked for and against him. Zeus was furious when King Sisyphus killed guests and travelers because this was a clear violation of xenia, the Greek concept of hospitality and generosity that should be shown to people who are far away from home.

King Sisyphus also had conflicts with his brother Salmoneus, who took the throne of Thessaly from him. Eager to learn how he could kill his brother, Sisyphus consulted the Oracle of Delphi.

Family issues became worse than ever when Sisyphus seduced  Tyro, Salmoneus's daughter.  This was no love affair, but rather part of the wicked king’s murder plot. Sisyphus’  goal was to kill his brother. When Tyro learned the truth about how she had been used to dethrone her father, she killed the children.

“Near Sicyon, there is a river that runs from the mountains to the blue waters of the Corinthian Gulf. The god of this river was named Asopus and he had a beautiful daughter named Aegina. Zeus fell in love with her and came to her one night in the form of a flame.

Then he carried her to an island near Athens where she gave birth to a son named Aeacus. Asopus searched everywhere for his daughter. As last he came to Sisyphus, king of Corinth, who said that it was Zeus who had stolen Aegina away.

In thanks, Asopus created a stream of fresh water for Sisyphus on the top of a dry fortress overlooking his city. The river god then set out to take back his daughter, but Zeus wounded him with a thunderbolt and he was forced to return home without Aegina. Zeus punished Sisyphus for betraying his secret. He sent Sisyphus to Hades to forever roll a boulder up a hill, only to have it roll  down again when it reached the top.“ 1

It is because of this myth we define Sisyphean tasks as endless and impossible to complete.

King Sisyphus didn’t want to die, and he tried to cheat death. He used trickery to escape from Hades. When Thanatos, the personification of death arrives to escort him to Hades, King Sisyphus uses the opportunity to fool everyone.

“He sees Thanatos coming from afar and lies in wait for him, with one of those traps that are his specialty. Thanatos walks right into it: Sisyphus hurls himself upon him, ties him up with sturdy ropes, and conceals him in a closet somewhere in his immense palace.

As with the myth of Asclepius, the world now begins to go off the rails. With Thanatos imprisoned, no one can die. Hades, wealthiest of all the gods, stops accumulating wealth: he no longer has his quota of the dead, and if Zeus does not do something to restore order, the planet earth will become so cluttered as to make life impossible.

It is Ares, god of war, who decides to act. You may guess why: If nobody dies any longer, what is the point of war? Ares finds Thanatos, frees him, and delivers into his hands the unfortunate Sisyphus, who is now well and truly forced to descend to Hades . . . at which point you might think that the game is up for Sisyphus. But wrongly so: he has one more trick up his sleeve.

Moirai (The Fates): Greek Incarnations Of Destiny And Personification Of A Single, Unavoidable Fate

Paris Of Troy: He Caused Destruction Of Troy As The Seer Had Predicted

Oedipus – Tragic Prophecy About A Man Who Couldn’t Escape Fate

Before dying and forsaking his palace for the realm of Hades, Sisyphus makes a very strange request of his wife: “Above all, please grant this wish, and do not accord me any burial or such funeral honors as every good wife is obliged to perform on the day her husband dies. . . . Do not ask why, I will explain later.”

And Merope, his charming wife, does as her husband says: she does not watch over his corpse; she carries out none of the rites that would normally be performed.

So that, as soon as he arrives in the depths of the underworld, Sisyphus makes straight for Hades himself and complains bitterly about having such a bad wife, and no burial rites.

Profoundly shocked by such a lack of propriety, Hades allows Sisyphus to return home to the upper world, to chastise his unworthy spouse as he sees fit, on condition of course that he promises to come back directly afterward.

As you may imagine, Sisyphus goes home and promptly forgets his promise about returning to the underworld. On the contrary, he gives grateful thanks to his wife, proceeds to give her numerous children over the years, and ends his days dying quietly in old age.

Only then is he obliged to return underground, where he is forced to interminably roll his great boulder: a torment that Hades imposes so as not to be duped a second time. 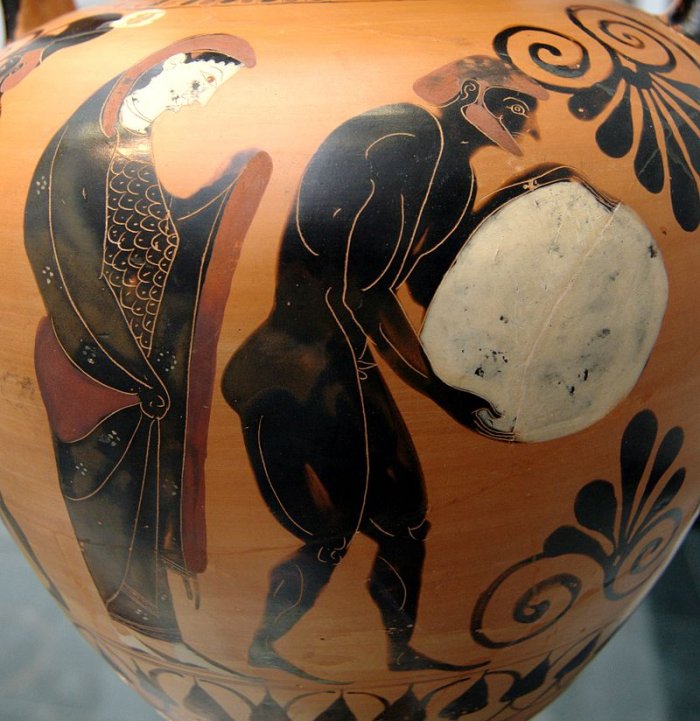 As for the meaning of the torture itself, it relates directly (as always) to the crime. For mortals, life is a perpetual beginning, not an open road without end. And whoever tries to push back these limits—as dispensed by the cosmic order—will learn to his cost that, once arrived at its term, the process must begin again from zero: life is a state of constant renewal. In other words, and to restate the lesson of Odysseus, no individual can escape the essential finiteness of his human condition.“ 2

Many myths remain a vast and valuable store of wisdom. If we read these stories carefully and contemplate, then they can easily be treated as lesson offering guidance in daily life. Myths are powerful because they can give answers to fundamental questions concerning morality, guilt, crime, and how to find one's place in the world.

The story of King Sisyphus illustrates what can happen when you try to cheat and escape the inevitable, which in this case is death.