A. Sutherland - AncientPages.com - Belobog - "The White God" (also known as Belbog, Belun) is the god of Heaven, the bringer of good luck and happiness, heavenly light, sunshine, warmth, and peace.

He punishes evil and rewards good. A wise old man with a staff, a long beard dressed in white robes, Belobog appears only during the day. His followers pray to him for guidance both in life and in dark woods. 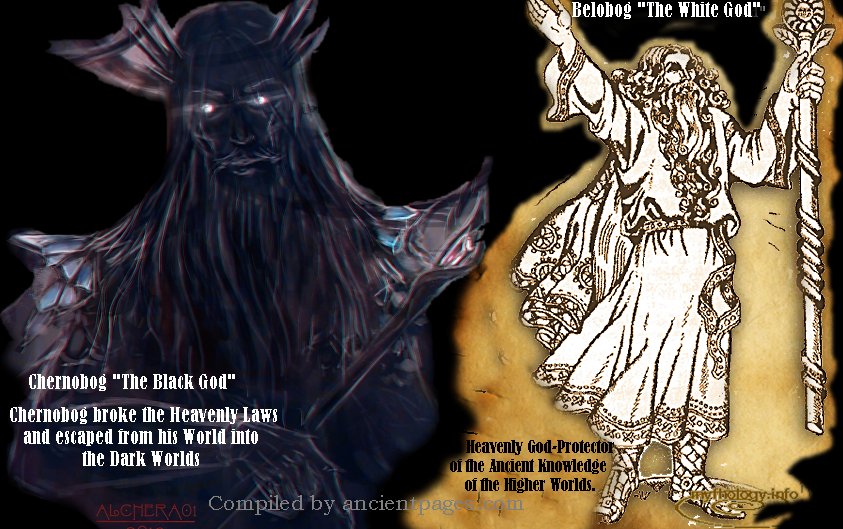 While his counterpart, Chernobog - "The Black God", is the god of night and hell, chaos and the diabolical realm of darkness. Chernobog brings evil luck and stands for principles of dark, evil, and chaos.

Chernobog controls acquiring and understanding of the material world, and the importance of reason, logic, and egoism. He also observes how ancient wisdom is spread across other worlds and realities beyond ours.

Chernobog was once punished and escaped from his world into the dark worlds because he broke the great Heavenly Laws. He let ancient sacred knowledge be spread to lower worlds.

Due to their opposing personifications, these two gods are involved in the never-ending fight and their principles clash with each other.

One of the best ancient historical sources about the evil black god Chernobog comes from Helmold of Bosau (ca. 1120 – after 1177), a Saxon historian of the 12th century and a priest at Bosau, Germany, who authored “Chronica Slavorum”, a history of the conquest and conversion of the Polabian Slavs from the time of Charlemagne (about 800) to 1171. 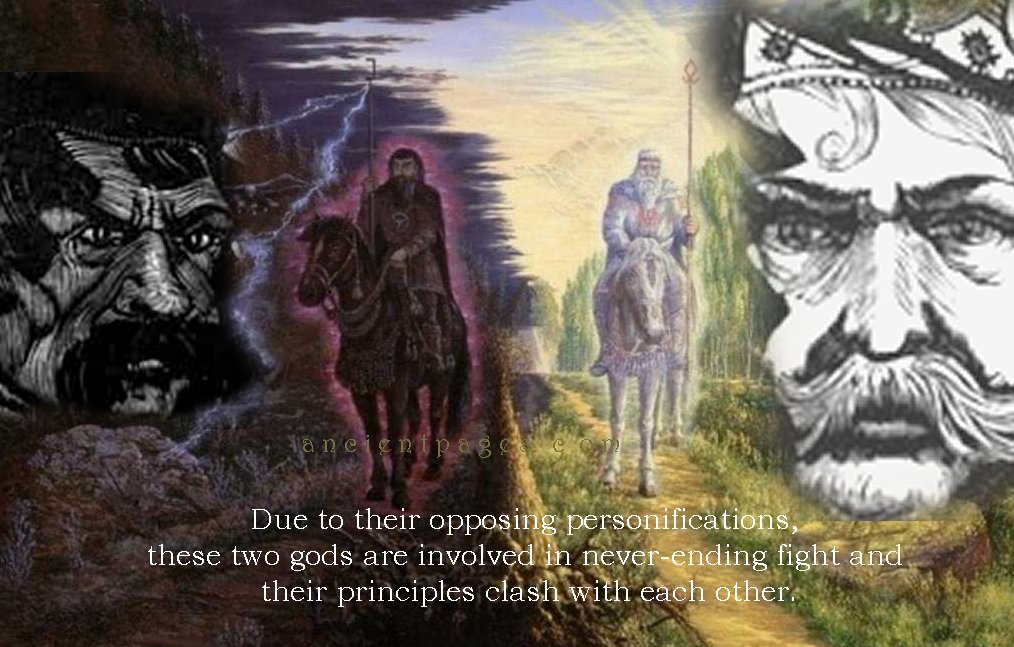 In his chronicle, he writes:

“There is one curious custom among the Slavs. At their feasts, they all drink from the same cup, and while doing that they utter certain words which, I daresay, do not have the purpose of prayer, but rather a curse in the name of their gods - gods of good and evil.

The ancient Slavs feared misfortune (through illness, extreme cold, famine, and poverty), bad luck, and curse and believed they all originated from the evil one – Chernobog, a frightening creature surrounded by darkness.

Interestingly, they respected him as all other gods and believed that evil always meets good …. The Black God, Chernobog wasn’t definitely a lower-ranked divine being. Instead, he was equal to others in the Slavic pantheon.

The gods were responsible for the good and the bad events in people's lives on Earth, therefore, diseases, death, famine, and other misfortunes were of divine origin and were sent by the gods with a purpose.

Among many Slavic myths, there is one – the myth of creation - particularly interesting. But researchers are not sure whether it comes from the pre-Christian times. The myth says that these two gods – Chernobog and Belobog – created the world, together and this was their “perfect” creation.

However, during the creation process, Belobog and his evil counterpart, Chernobog clashed with each other, and therefore… they caused the world to look as it does.