AncientPages.com - A "frog-like" swastika made of nephrite has been discovered during archaeological excavations of the8,000-year-old Slatina Neolithic Settlement in the Bulgarian capital Sofia.
The swastika is 3 cm wide and 3.5 cm long, and dates back to the beginning of the Slatina Neolithic Settlement, i.e.6000-5500 BC, reports the Bulgarian daily Trud.

"This is a very rare find. Such an artifact was a sign of prestige in prehistoric times," lead archaeologist, Prof. Vasil Nikolov, from the National Institute and Museum of Archaeology in Sofia, who has been excavating the site since 1985.

The artifact discovered between two prehistoric houses , bears signs of sophisticated craftsmanship even though the nephrite it was made of is a very hard stone. 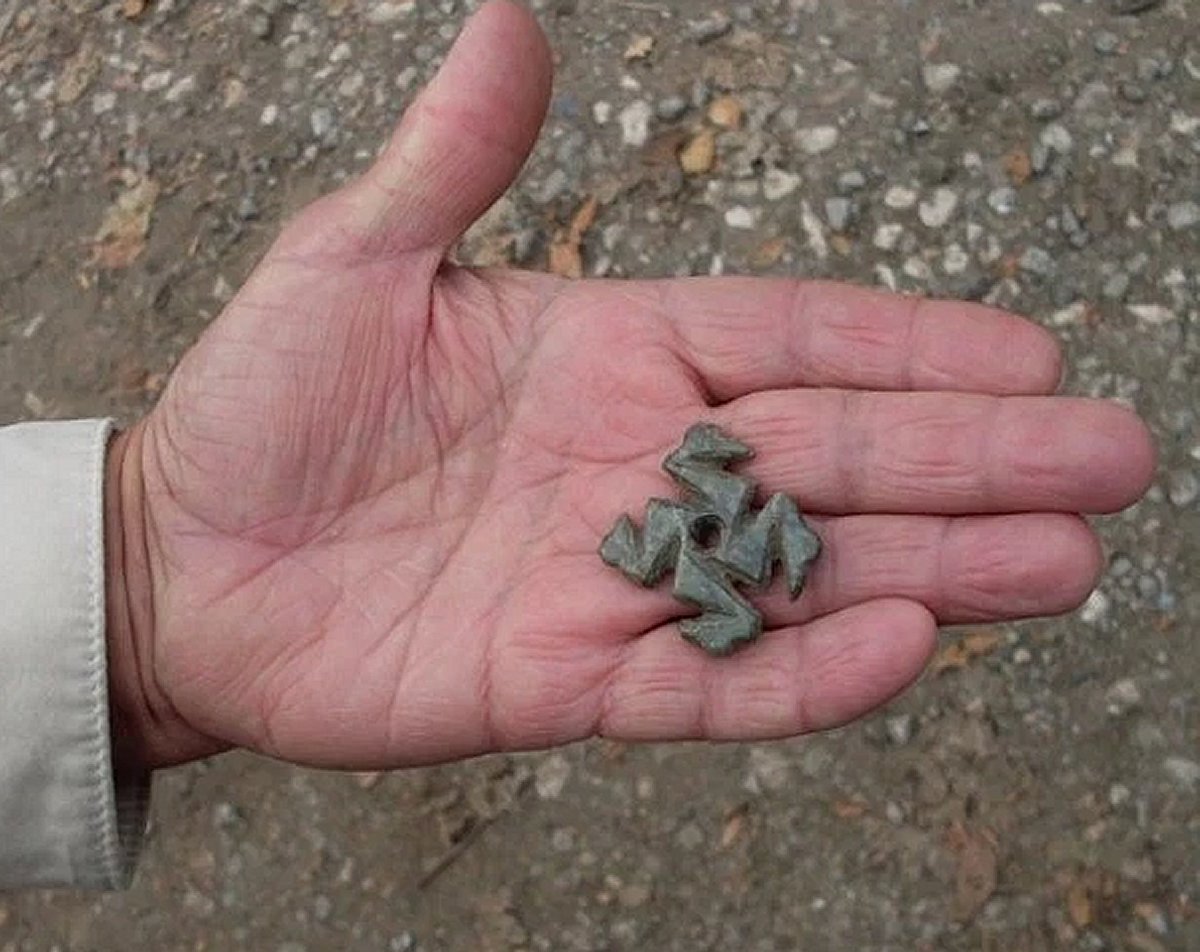 This 8,000-year-old frog-like swastika made of nephrite has been discovered during the latest archaeological excavations of the Slatina Neolithic Settlement in Bulgaria’s capital Sofia. Photo: Trud daily

The swastika's shoulders resemble frog legs and are not accidental. Researchers believe that the prehistoric people deemed the amphibians a symbol of fertility because their behavior represented the cycle of life.

They come out of their dwellings in the spring, and disappear in the fall in order to show up again next year.

"It probably was placed in a ritual pit, in the foundations of a new house. This could be construed as a gesture of great importance - giving up a sign of prestige in order to invest into something new,"Nikolov hypothesizes. 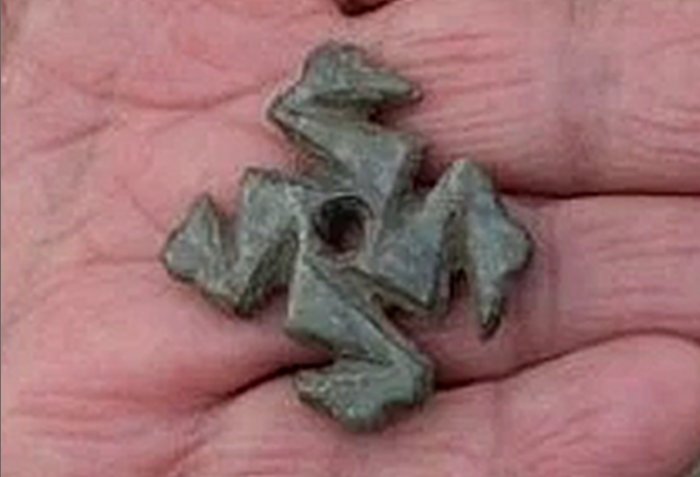 The swastika is 3 cm wide and 3.5 cm long, and dates back to the beginning of the Slatina Neolithic Settlement, i.e.6000-5500 BC. Credits: Archaeology in Bulgaria

"We found exactly the same swastika this summer on the last day of our excavations of the prehistoric settlement near Mursalevo. The [archaeological] science also is aware of several more swastikas of this kind which were discovered near Kardzhali [in Southern Bulgaria] and in Thessaly [in Northwestern Greece]," explains the leadarchaeologists.

The Slatina Neolithic Settlement is 8000 years old and is the oldest in the Sofia valley. Archaeological excavations uncovered the remains of ancient large buildings. 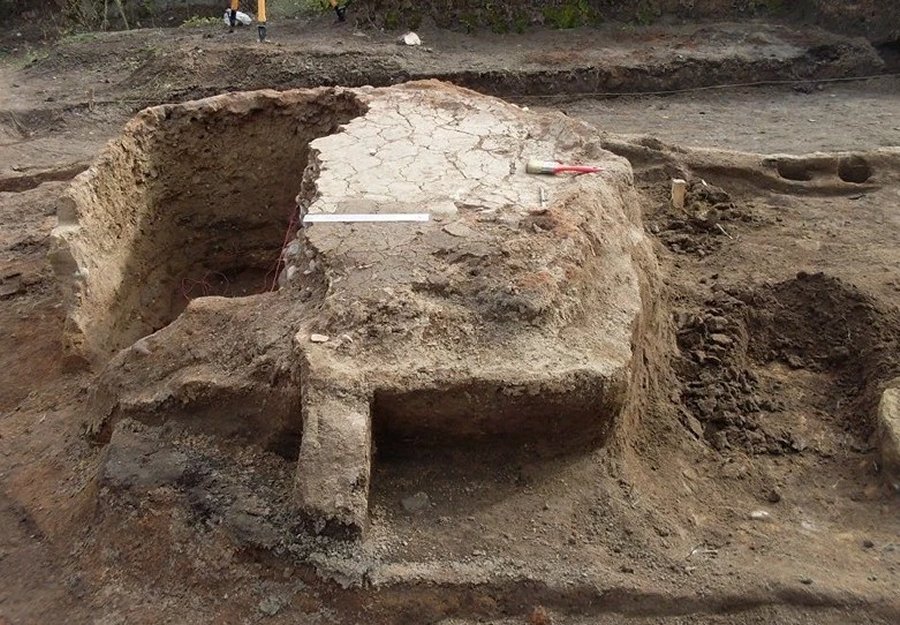 Two of the prehistoric homes explored by the archaeologists during the 2015 digs are particularly interesting because of their size - one has an area of more than 100 square meters while the other is only 10 square meters.

The researchers have exposed the holes in the ground left by the wooden poles that supported the dwelling's walls made by wattle and clay.
Other new finds include prehistoric kilns which were built with river stones, and covered with clay domes, as well as bone and flint tools, ceramic vessels, and traces of millstones.