A. Sutherland  - AncientPages.com - We tend to focus on ancient Sumerian inventions, their significant architectural accomplishments, along with their vast knowledge in science. Ancient Sumerian clay tablets are praised and admired by archaeologists, historians, and anyone interested in ancient civilizations.

But what we do not discuss so often is Sumer's turbulent history with all its revolts and wars.

For a short time, around 2350 BC, king Lugalzagesi united the city-states of Sumer by defeating each in turn.

He was the last Sumerian king before Sumer's conquest by Sargon of Akkad and the rise of the Akkadian Empire. 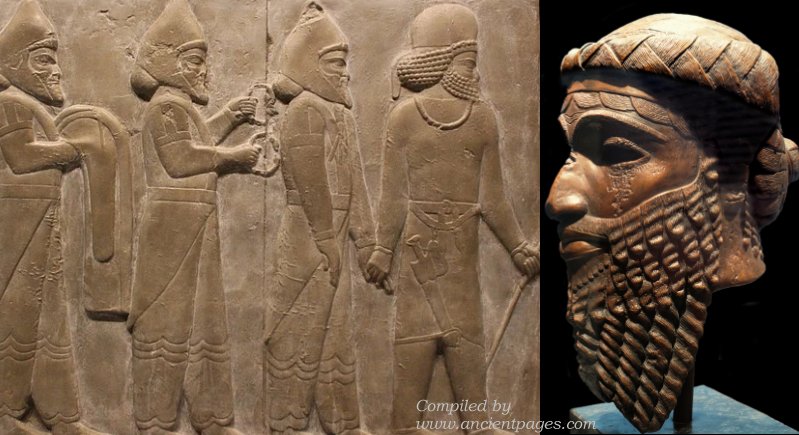 After 25 years of rule, Lugalzagesi was defeated by Sargon, later called the great, a skilled politician who united the independent regions of Sumer into one state, and his kingdom is today widely considered the first empire in the world.

Thus, Sargon, who reigned from c. 2334 to 2284 BC became king over all of southern Mesopotamia. His vast power extended far beyond Mesopotamia, reaching into what is now Syria and Lebanon in the west, the Elam state in the east, and the Taurus Mountains in what is now Turkey in the north. He had a well-organized army capable of making new conquests and a well-organized, administered centralized Sumerian state. His inscriptions confirm that he had access to major trade routes by land and by sea.

At the time of Sargon's death, his son Rimush became the Akkadian Empire ruler and reigned c. 2284–2276 BC as the King of Akkad. Ancient sources confirm that some Sumerian city-states immediately rebelled against their Akkadian governors and their supporters and replaced them with Sumer rulers and councils almost as soon as Sargon died.

Why Did The Rebels Have To Give Up Their Fight?

Not much is known from this historical and very turbulent period.  However, it is known that cities like Lagash, Kazallu, Ur, Adab, Zabala, Kidingira, and Umma had a well-organized resistance against the rule of the Akkadians in Mesopotamia.

In the end, wealthy and influential Sumerians had to accept the rule of Akkadian governors. Rimush confronted extensive opposition from the Sumerian cities, and according to his inscriptions, he had to repress widespread revolts in the Sumerian cities at the beginning of his reign.

Samuel Noah Kramer writes that "in bitter battles involving tens of thousands of troops, he [Rimush] conquered or rather reconquered, the cities of Ur, Umma, Adab, Lagash, Der, and Kazallu, as well as the countries of Elam and Barahshi. 1

Rimush even organized a successful campaign against Elam and returned home with rich booty. He ruled only nine years, and his short reign was not much more than suppressing revolts amongst the people who had been conquered by his father. And yet, the real threat to his rule came not from these rebellions but from much closer to home. As a precaution against future uprisings, he had destroyed city walls and other defensive structures in many Sumerian city-states.

It is not precisely known what happened to Rimush, but it seems that he was assassinated.  He was followed by elder brother Manishtushu, who probably who violently "removed" Rimush from the throne in 2,270 BC. 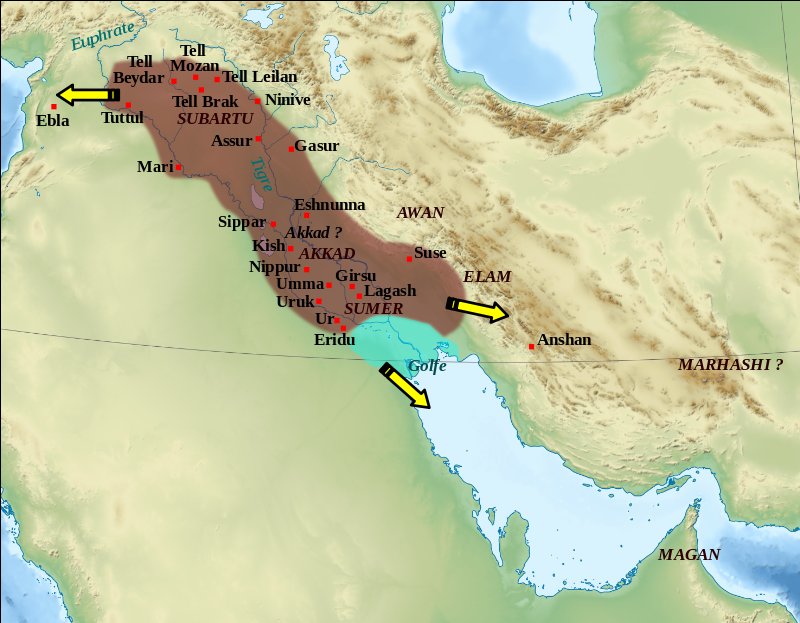 Military encounters between Akkadian and Sumerian forces were bloody. The fightings were fierce and cost many casualties. It has been estimated that as many as twenty thousand Sumerian troops may have been killed or captured and sold into slavery. That probably represented up to one-third of the total number of fighting men from the rebelling Sumer cities at that time.

There has been speculated that Manishtushu was part of a conspiracy to kill Rimush and take the throne, but was it necessary to kill younger brother?

"When he [Manishtushu] had crossed the Lower Sea (it means the Persian Gulf) in ships, thirty-two kings gathered against him, but he defeated them and smote their cities and prostrated their lords and destroyed [the whole countryside] as far as the silver mines." 2

Yet Another Assassination And New Revolts

However, in 2,255 BC, after fifteen years of rule, Manishtushu like his brother Rimush, was also assassinated.

Not only Rimush and Manishtushu, but in fact, all the successors of Sargon struggled with raids of foreign tribes and rebellions of Sumerian cities. During Naram-Sin's reign, a great rebellion broke out.

Naram-Sîn reigned 2261-2224 B.C and was the last great king of the Akkadian Empire and Sargon's grandson. He was considered the most important Akkadian king after Sargon. He, too, had many problems with the revolts and rebels.

The whole country revolted against him, and the uprising had two leaders; one of them led the north's cities, and the other stood at the head of the south's towns.

Naram-Sin suppressed both rebellions, retained power, and during his reign, the Akkadian empire was at least as large as under Sargon, and probably even more extensive.

Hamblin, William J. Warfare in Ancient Near East to 1600 BC