A large wooden chamber tomb has been brought to light by archaeologists during excavations near the Opatowska Gate in Sandomierz, Poland.

Around the tomb archaeologists discovered pottery sherds and traces of fire, evidence of funeral rituals, as Dr. Marek Florek from the Institute of Archaeology of the Maria Curie-Skłodowska University in Lublin and Sandomierz Delegation of the Regional Office for the Protection of Monuments in Kielce, who participated in the excavations, believe. 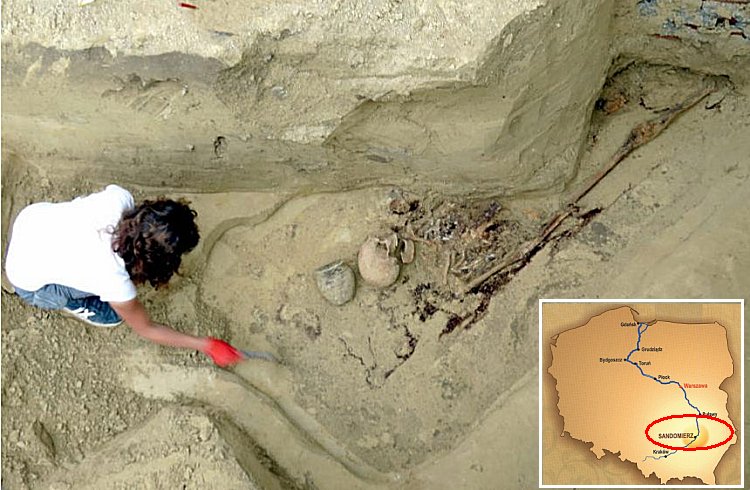 Exploration of the chamber tomb burial. Photo by Monika Bajka

The tomb contained the remains of a man and various grave goods, such as a ceramic vessel, a silver ring, a clay spindle whorl, flints, an iron knife etc. 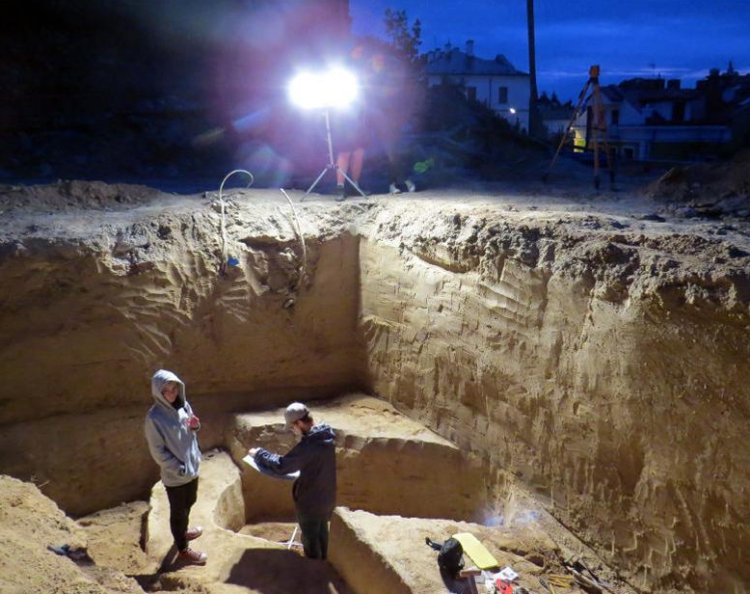 Excavations in Sandomierz, in the place where the unusual tomb was discovered. Photo by Monika Bajka

Based on the type of the tomb and the artifacts found within it, archaeologists assume the deceased was a pagan warrior. 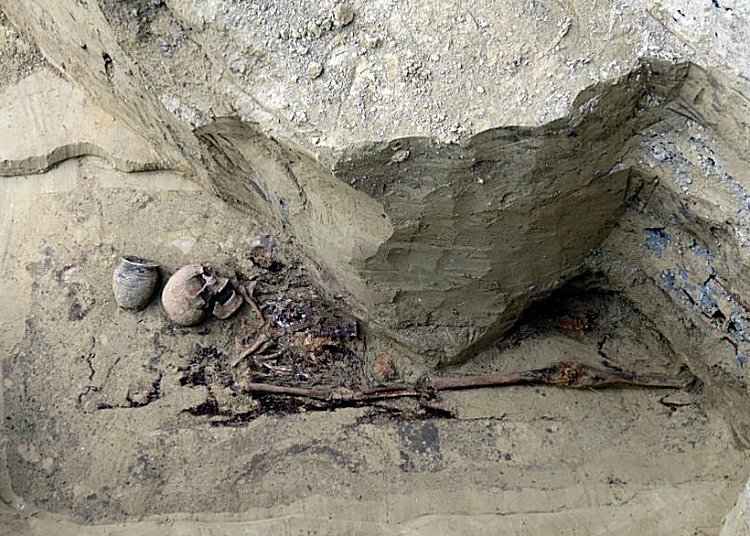 “It should be also noted that the vessels discovered in the grave, which probably contained food and drinks, as well as other objects, clearly indicate that we are dealing with burials of people that either were still pagans, or were formally baptized, but cultivated certain pagan traditions in funeral rituals,” said Dr. Florek. 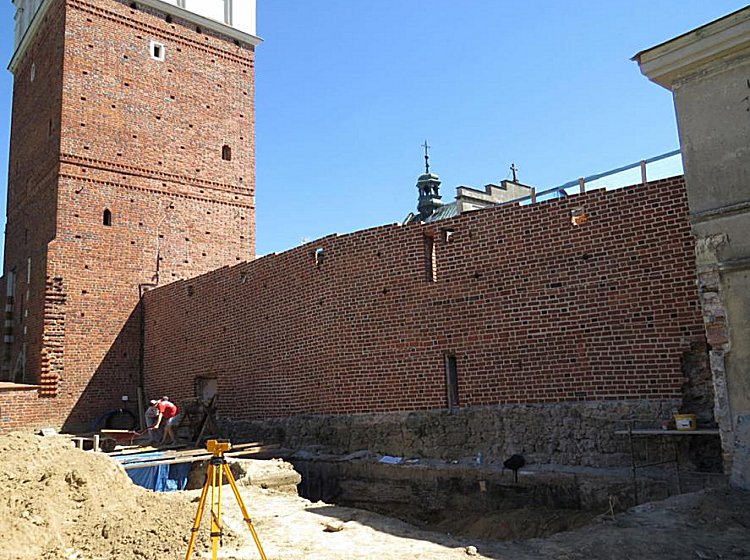 According to Dr. Florek it is likely that buried in these tombs were the representatives of local  elites who came to Sandomierz after its annexation to the Piast state at the end of the 10th century. Dr. Florek believes that the man laid in the tomb chamber was a foreigner.

Smaller, contemporaneous graves containing wooden coffins were found near the chamber tomb. In one of them, archaeologists discovered an item considered to be of foreign origin, a bronze Baltic clasp, popular in Russia between the 9th and 11th century.