Conny Waters - AncientPages.com - For thousands of years, mosaics were a popular art form for  in many cultures around the world. They have a very long history and their earliest examples were discovered in a Mesopotamian temple dating back to the 3rd millennium BC.

Much later, this form of art appeared in ancient Greece and the Roman Empire and spread around the Mediterranean. 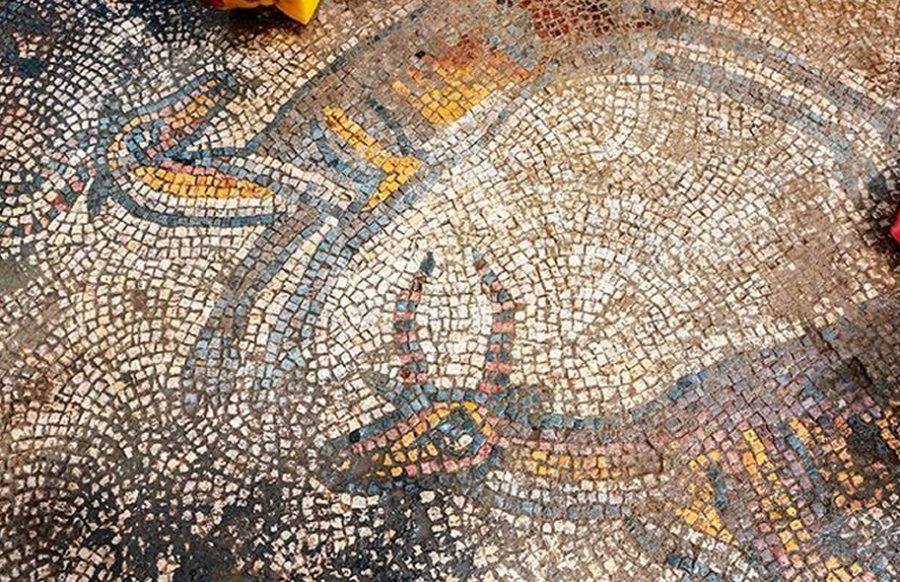 A view of one of the mosaics found at the church, in Mardin, southeastern Turkey, Sept. 22, 2020. Image credit: AA

Early Christian basilicas from the 4th century onwards were decorated with wall and ceiling mosaics. Mosaic art flourished in the Byzantine Empire from the 6th to the 15th centuries when that tradition was adopted by the Norman Kingdom of Sicily in the 12th century, by the eastern-influenced Republic of Venice, and among the Rus in Ukraine. Roman and Byzantine influence led Jewish artists to decorate 5th and 6th-century synagogues in the Middle East with floor mosaics.

In Turkey, there are many mosaics like those in Zeugma, Perge, Kibyra, or recently in Germanicia that have been revealed during archaeological excavations, and many will be revealed in the future.

Now, archeologists have started excavations to unearth ancient mosaics belonging to a 1,600-year-old church in the village of Göktas in the southeastern Mardin province, Turkey.

Built in 396 A.D. in Mardin’s Goktas village, the church was discovered on Sept. 18, 2019, and the area was declared as an archeological site. 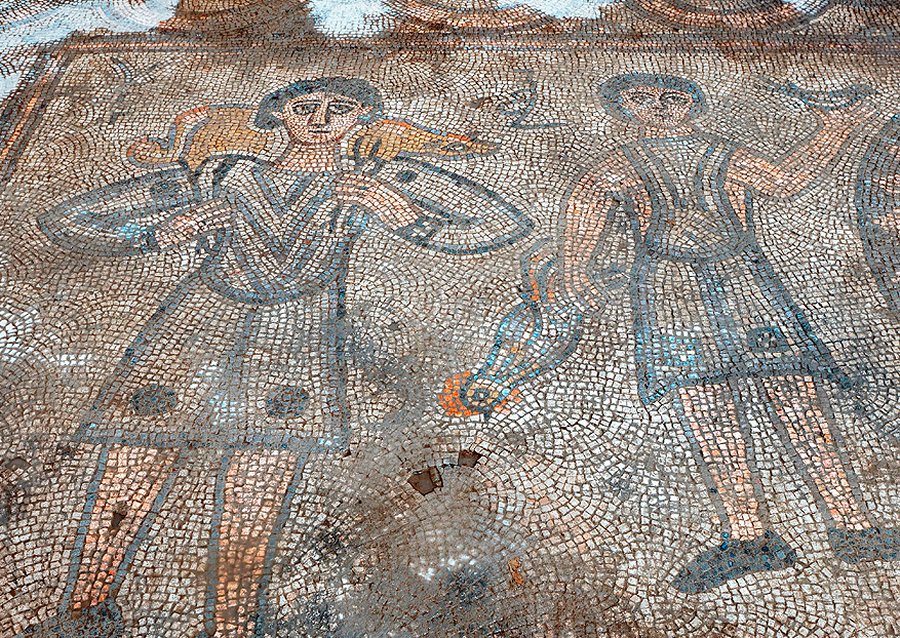 Mardin is one of the few cities in the world wherein the entire city has been declared a UNESCO World Heritage Site. This is because just about every inch of the city oozes history and culture, and these lands along the Tigris River have been the crossroads of civilizations since the dawn of civilization itself.

But it makes sense, the entire city is essentially an open-air museum. Most of the city’s
buildings use beige colored limestone rock which has been mined for centuries in local quarries.

The city’s history goes back at least until the 14th century BC when it was an important spot in the Middle Assyrian Empire and known as Izala, its Persian name.

It has been more or less continuously a cultural hub of the region, and there are traces in the city from Chaldean, Nesturi, Yezidi, Jewish, Kurdish, Muslim, Syriac, Yakubi, Arab, Chechen, Armenian influences, as well as many more obscure religions and ethnicities. 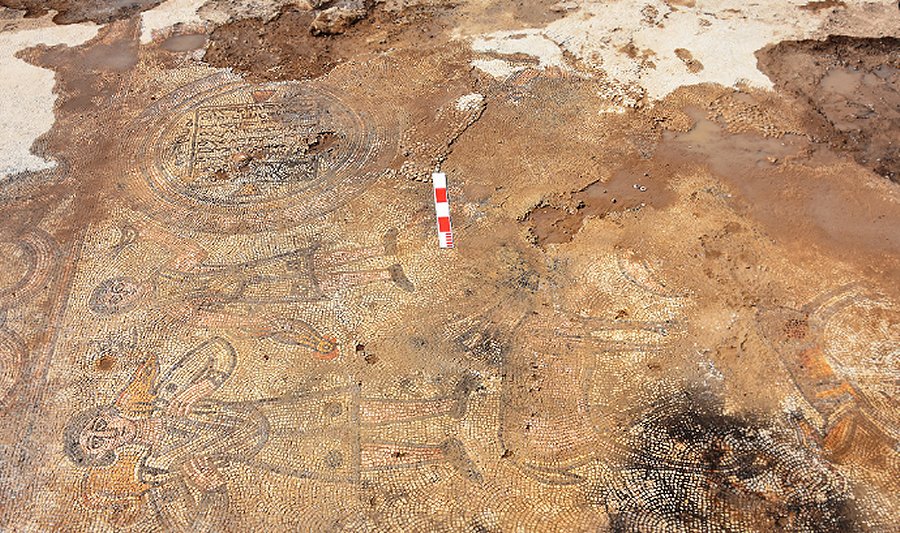 Abdulgani Tarkan, head of the excavation and the director of Mardin Museum, told Anadolu Agency that the church is structured on a basilica plan with a mosaic base.

"The base was decorated with a nine-line inscription written in Estrangelo, or Ancient
Syriac alphabet," Tarkan said.

“The mosaics are also decorated with animal depictions, geometric ornaments and human figures, including scenes depicting people on hunting. It is also written in April and June on the human figures.”

The structure contains names of the spiritual figures who contributed to its construction.

In the excavation area, the archeologists also discovered liturgical works or a set of forms that instruct on the correct order of church service and prayer, and how to perform public religious worship in Christianity.

Tarkan said the excavation area will be open to the public after the restoration work is completed.