AncientPages.com - Mosaics unearthed during excavation works in the ancient city of Perge in the southern province of Antalya are known as “Turkey’s second Zeugma” for their very attractive appearance. 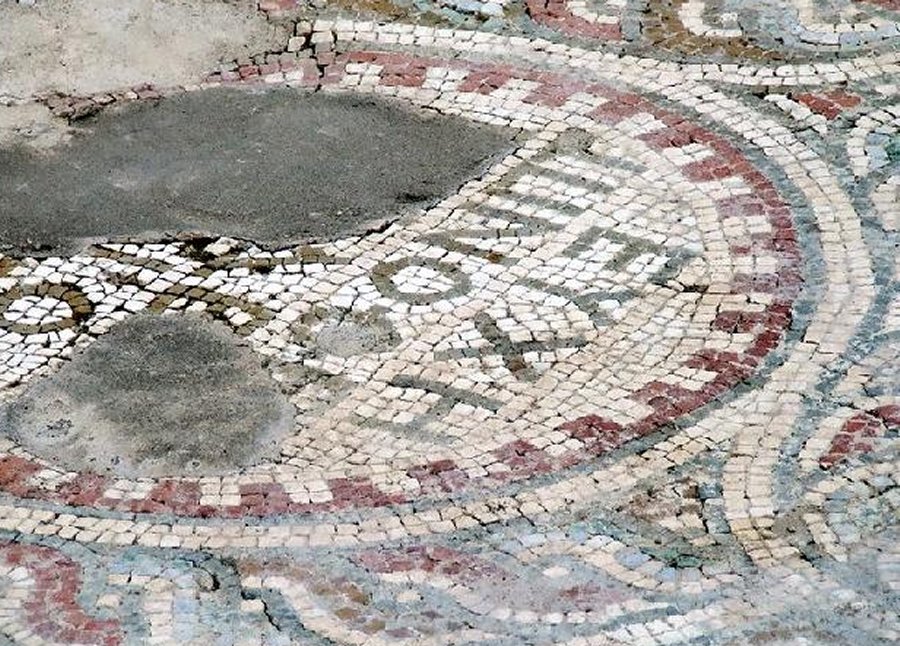 They are located in the antique town of Perge situated about 18 km east of Antalya. Historians think that Perge was founded at the end of the Trojan war (1275 BC) or about 1000 BC. Earlie rthe town was a harbor town settled by Greek and Persians, however, later, it began to flourish especially under Roman reign in the 1st and the 2nd century AD.

Perge is home to some 200 stone tombs as well as a still-functional fountain. Archaeological excavations have continued for the last three years in the area and revealed 13 rare sculptures; among them  the Roman emperor Caracalla, a number of Greek gods and goddesses.

There is also an impressive  column road is surrounded by arcades on both sides whose floors are partially decorated with mosaics, very well preserved.

Long-lasting excavations began in this ancient city in 2003. Among many impressive structures discovered by archaeological team led by Professor Haluk Abbasoğlu from Istanbul University’s archaeology department, there are also mausoleums. 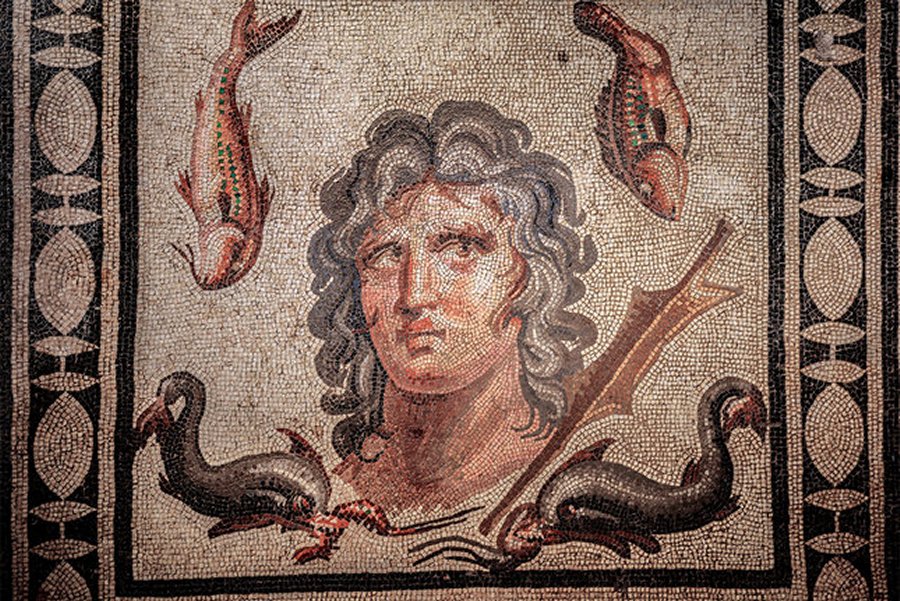 In front of the mausoleums were intact mosaics depicting the goddess of the sea Oceanus, which is said to be the first in Turkey, and Medusa, who is believed to turn all that gazed upon her into stone as well as tombs with various figures. The tombs and mosaics are being protected by officials, with the help of steel doors and security cameras.

In the past, the necropolis was an important part of the city and as Antalya Relievos and Monuments Director Cemil Karabayram said, “the field of the mausoleums is known to date back to the 3rd century A.D. We have two very important mosaics that were unearthed in this region." 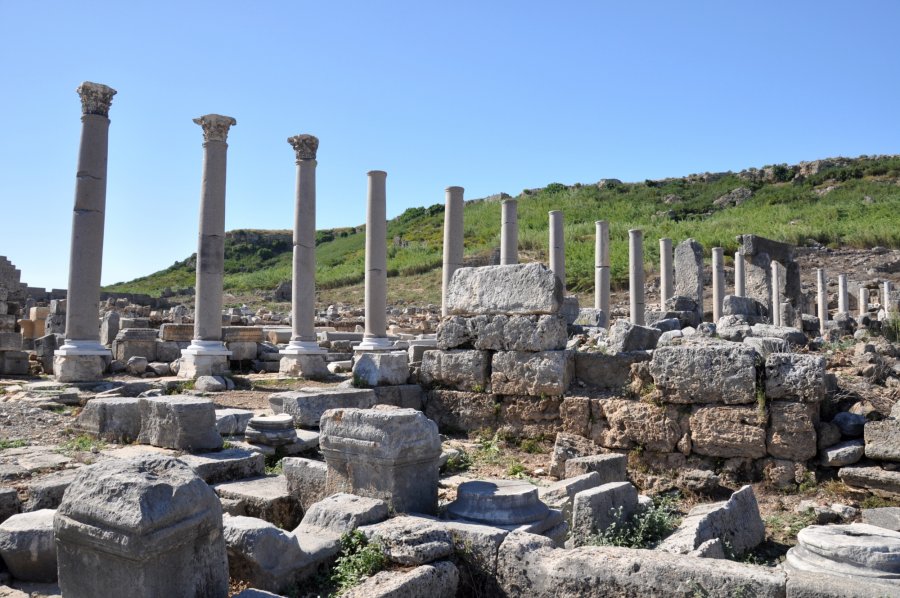 "They can be called the most beautiful mosaics in Turkey. They are the only ones in Turkey with the same-term features and same distance as well as their color, tissue and ornamentation.”

Experts plan to open some parts of the necropolis of Perge and the mosaics, which are made with vegetable motifs,  will be particularly well preserved, too. This is Turkey’s second Zeugma; the only intact mosaic field in Turkey. Excavations continue in Perge,” he said.

Karabayram said the field of the tombs and mosaics was under protection for 24 hours by cameras. He said they would also set an alarm system in the mosaic field. “The field is under very strict protection. We plan to open the fields to visitors,” he added. 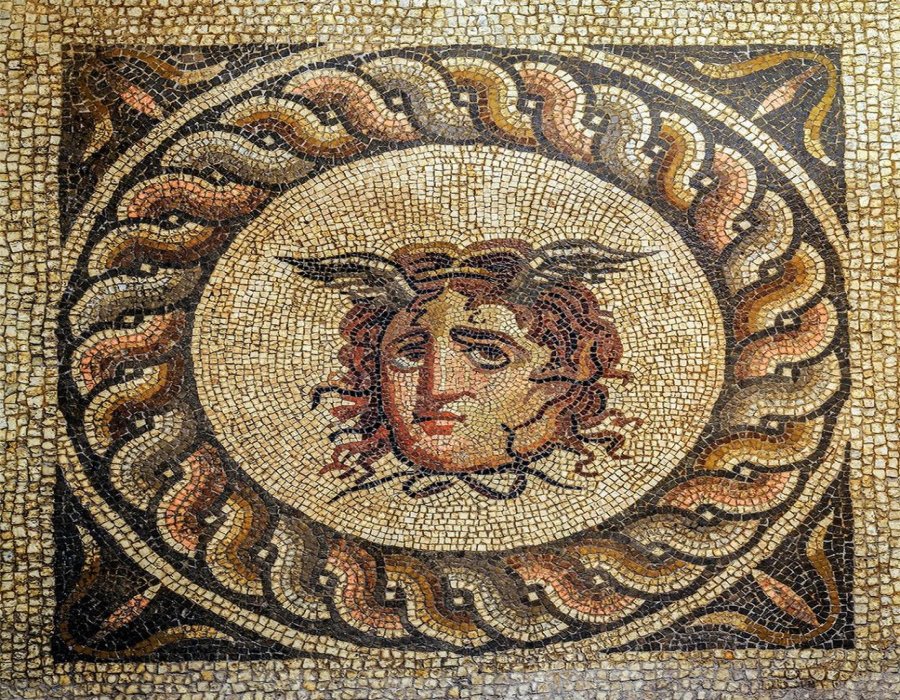 Archaeologist Sedef Çokay from Istanbul University explained that the existence of the Medusa and Oceanus ( the goddess of the seas) mosaics in the burial chamber was a first in Turkey. Both mosaics were placed near tombs to protect the deceased.

Myth says that Medusa was a creature with snake-like hairs that turned those who gazed upon her into stone.