Jan Bartek - AncientPages.com - During a pandemic is can be troublesome to conduct archaeological excavations, but it’s not always impossible.

Archaeologists in Canada have discovered 35,000 unique artifacts in an old Iroquoian village near Toronto. It’s a tremendous discovery that will provide us with valuable historical knowledge about the Iroquois tribes, also known as the Haudenosuanee. 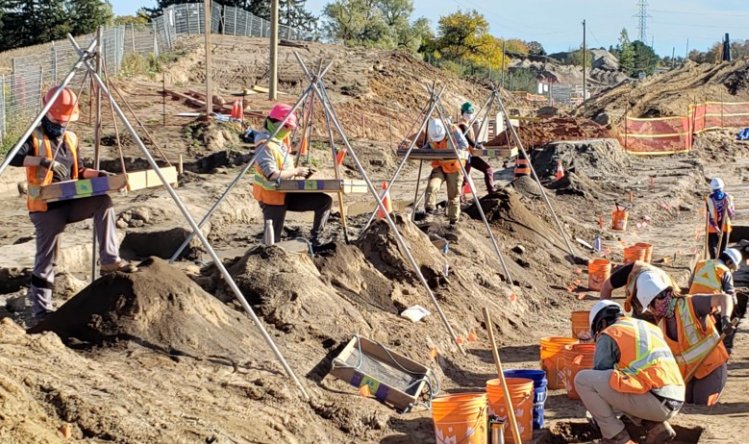 Iroquois people still exist today. There are approximately 28,000 living in or near reservations in New York State, and approximately 30,000 more in Canada. Their ancestors are well-known for their longhouses which were long rectangular-shaped buildings. The unearthed artifacts can shed more light on the tribe’s traditions, beliefs, and culture in general.

Excavations in the Fischer-Hallman area have been going on for a while, and scientists have discovered more than they initially expected.

At the site, archaeologists have discovered a First Nation woodland village dated to be from around 1300 to 1600, a longhouse, and over 35,000 to date in the 400 square units that have been excavated.

According to associate archeologist with Wood PLC Barbara Slim, “some of the more interesting items from the excavation include carbonized evidence of bean and corn – a unique find dated to that time period. Also uncovered was a chalcedony projectile point, made from a material not found in Southern Ontario.

“We know there were a number of different villages within the area – at least four or five that we know of. It is quite important to understand that time period in Ontario archaeology, and to get a better sense of how long we’ve been here.” said Slim. 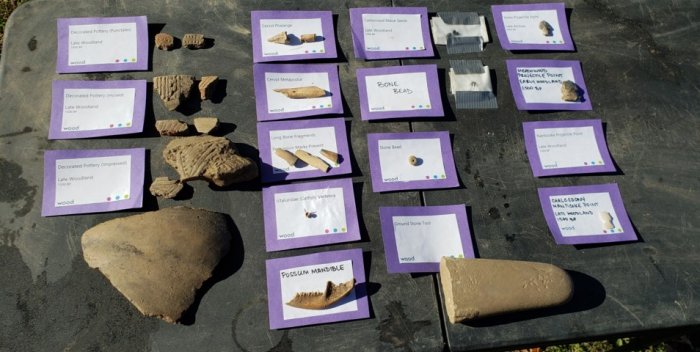 Some of the artifacts found at the site. Credit: Luke Schulz/KitchenerToday

“I should mention we also found an artifact that dates to 4,000 years ago – that just goes to show this was a very important resource area where people were coming back to utilize the resources available.”

Slim says archaeologists work with local Indigenous communities to do the work alongside them. The project is accompanied by several Indigenous field liaison representatives – including those from Six Nations of the Grand Reserve, Haudenosaunee Development Institute and Mississaugas of the Credit.

Matthew Muttart is the field director with Wood PLC, and has experience working closely with these groups in the excavation process. He said that First Nations groups have brought traditional and cultural perspective to the artifacts being unearthed.

“I’m very fortunate to have them with me in the field because we look at the site and how to proceed together. We discuss our methodology and how we’re going to proceed – and that’s very useful for me.” said Muttart.

Due to the volume of artifacts found, the archaeological work is set to continue for the rest of this construction season, with additional work needing to be completed next year. 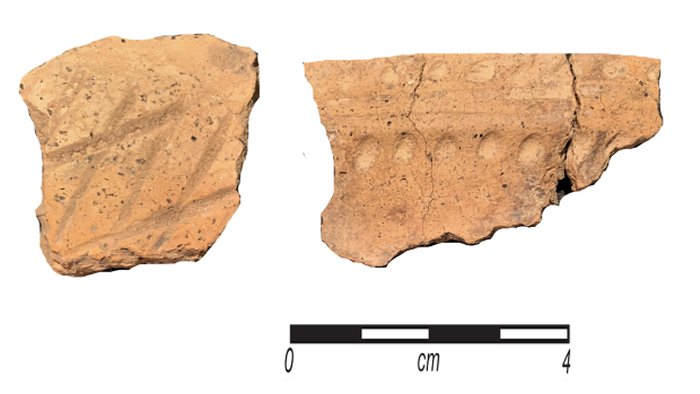 Fragments of ceramics found along the west ditch line of Fischer-Hallman Road. Credit: Region of Waterloo

As Kitchener Today reports, “ Muttart said artifacts will be cleaned, cataloged, and analyzed to see if they can find any patterns or answer any questions to get a better understanding of the inhabitants of the site.

“We try to engage with the general public with the First Nations groups and try to have the artifacts tell a story, educate people and give a perspective…” said Muttart. “We’re in this part of the world that have been occupied for at least 10,000 years; it has a very rich history and a history that Canadians don’t get a lot of opportunities to learn about…”

“We’re writing the last chapter of this site… so it’s really important that we’re doing it meticulously, giving it the respect and care that the site deserves – as archeologists, we’re stewards to that’s our charge.”