A. Sutherland  - AncientPages.com - Much of what we know about Queen Teuta comes from ancient Roman sources.

Teuta is a historical figure sometimes described as an "ancient pirate queen" and compared to Greek Queen Artemisia I of Caria, who was known to be loyal to no-one except herself. However, Teuta was not a pirate herself. 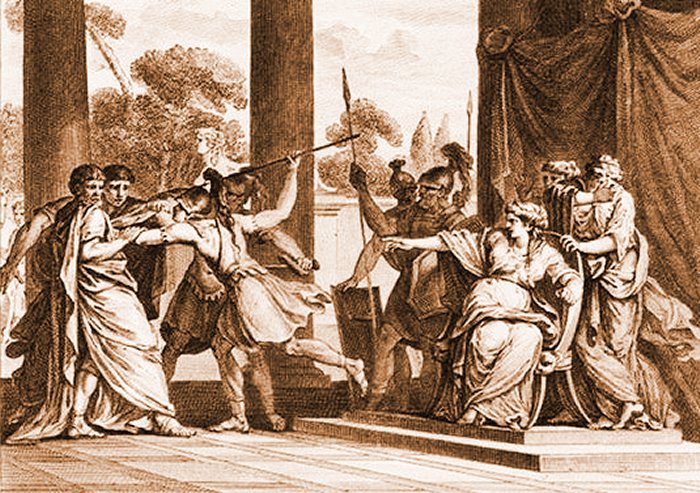 Queen Teuta of the Ardieai orders the Roman ambassadors to be killed. Credit: Public Domain

The Roman authors portrayed her as the troublemaker and initiator of war. One of them was Polybius (208 - c.125 BC), a Greek historian of the Hellenistic period who wrote "The Histories." His work is considered the primary source recounting Queen Teuta's life and deeds. He was among those who had not a positive attitude towards women ascending the throne.

Certainly, Teuta was not Polybius' favorite.

Teuta Acts As A Regent And Expands Illyria's Riches

Teuta was the queen regent of the Ardiaei tribe in Illyria, who ruled ca 231 BC to 227 BC. Illyria was a city-state on the coast of the Adriatic Sea, situated in the present-day Balkan Peninsula. After the death of her husband Agron (250–231 BC), the former king of the Ardiaei tribe in Illyria, she inherited the Ardiaean kingdom. She acted as regent for her young stepson Pinnes. Besides, she wanted to make Illyria stronger and more prosperous, so she launched an aggressive expansion policy and started treating the neighboring states with hostility.

She openly supported the pirates bringing back immense spoils to Illyria and made many enemies.

“She granted every ship in her navy a license that gave them permission to attack ships from other city-states—even city-states with which Illyria was currently at peace.

Essentially, Queen Teuta turned her whole fleet into pirates and encouraged them to plunder as much as they liked, on land or sea—provided they brought the riches home to Illyria..." (1)

Illyrians And Their Ships Were Powerful Before The Roman Conquest

While Rome and Carthage were involved in a political dispute over Sicily, the Illyrians scattered their hostile and attacking ships across the Adriatic Sea and made dangerous incursions into all the neighboring Greek cities.

No fleet could withstand the Illyrians' light, speedy, and extremely maneuverable vessels. As a result, the Adriatic was a dangerous place for all ships loaded with costly goods.

Supported by the Illyrian king Agron and his wife Teuta, who later after his death succeeded her husband on the Illyrian throne, the pirates were even more powerful. They terrorized the region, looting, taking captives, and attacking cities at will.

The Illyrian Dominance - A Threat To Rome's Supremacy

The Roman territories were located in the close vicinity of the raids that disrupted trade between Italy and Greece.

At first, the Roman Senate neglected the numerous complaints. However, when the Illyrian marauders attacked a convoy of ships loaded with grain intended for the military, the Senate had to react. Two ambassadors were sent to Illyria to visit Queen Teuta, demanding an end to all pirate activities.

Unfortunately, their audience was not very successful.

"Audience having been granted them, they began to speak of the outrages committed against them. Teuta, during the whole interview, listened to them in a most arrogant and overbearing manner, and when they had finished speaking, she said she would see to it that Rome suffered no public wrong from Illyria, but that, as for private wrongs, it was contrary to the custom of the Illyrian kings to hinder their subjects from winning booty from the sea..." (Polybius, II, 1.)

In other words, she told the ambassadors that according to the law of the Illyrians, piracy was a lawful trade and that her government had no right to interfere with it.

One of the envoys reportedly warned her about the consequences of such politics and suggested that she should introduce better laws and reform the customs among the Illyrians. He most probably expressed himself to the queen so crudely that her attendants were ordered to seize the ambassadors' ship as it embarked back for Rome.

One of the ambassadors was killed, and the other was put in captivity.

At the time, the mighty Queen Teuta still did not understand that she was messing with the Senate of Rome, which had an enormous degree of power in its hands.

In the Illyrian Wars of 229 BC, 219 BC, and 168 BC, Rome overran the Illyrian settlements and suppressed the piracy that had made the Adriatic Sea hazardous for Roman commerce.

There were three Roman military campaigns related to the Illyrians. Rome declared war on Teuta in 229 BC, triggering the first Illyrian war.

It was the first time when the Roman Navy crossed the Adriatic Sea to launch an invasion. An army consisting of ca 20,000 troops, 200 cavalry units and an entire Roman fleet of 200 ships, was sent to conquer Illyria.

Teuta was besieged 227 BC and finally forced to capitulate to Rome. At last, she understood that there was no chance in the war with Rome and asked for peace.

The conditions were difficult. Teuta had to give up almost all of her kingdom except the area around her headquarters in Shkodra (one of the most ancient cities in the Balkans, founded by the Illyrians in the 4th century BC), and promise never to sail out to sea south of this city. 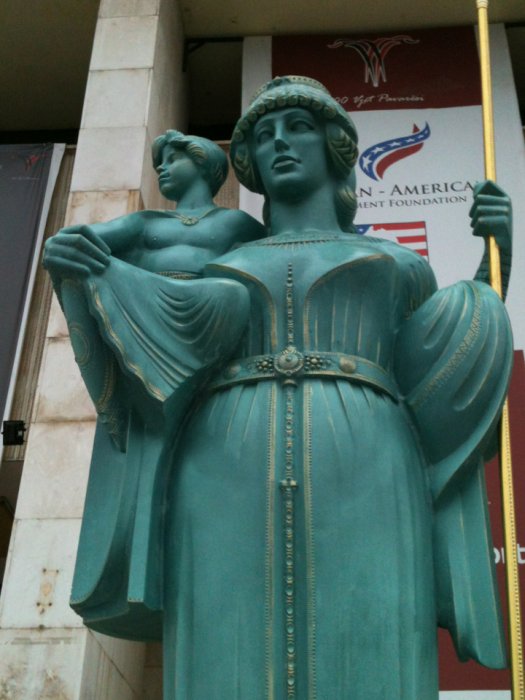 Additionally, she had to pay an annual tribute and acknowledge Rome's supremacy and surrender her prisoners. She never apologized for her own crimes, instead only made an apology for acts of piracy for which was her husband responsible.

She retreated to Rhizon (modern Risan), the principal base of the Illyrian fleet, where she took refuge during the Illyrian Wars. In 227 BC, she finally surrounded.

With two other campaigns, the Roman Republic subdued the Illyrians during the 2nd century BC. When Teuta later protested to her new position, she lost the power forever.

Very little is known of the rest of her life. According to the folklore of the modern inhabitants of Risan, Teuta ended her life by throwing herself from Orjen Peak.

Her stepson Pinnes finally became king, but he died suddenly in 217 BC at the age of 15, and in fact, he never ruled.

Waterfield R. Taken at the Flood: The Roman Conquest of Greece

Raleigh W. The History of the World in Five Books