A. Sutherland  - AncientPages.com - It is a literary work that has inspired numerous works of art through the centuries and is considered one of the most touching stories ever written.

Due to this beautiful story, we learned the meaning behind the word 'Echo' that originates in the Greek myth about a mountain nymph whose ability to speak was cursed, leaving her able only to repeat the last words spoken to her. 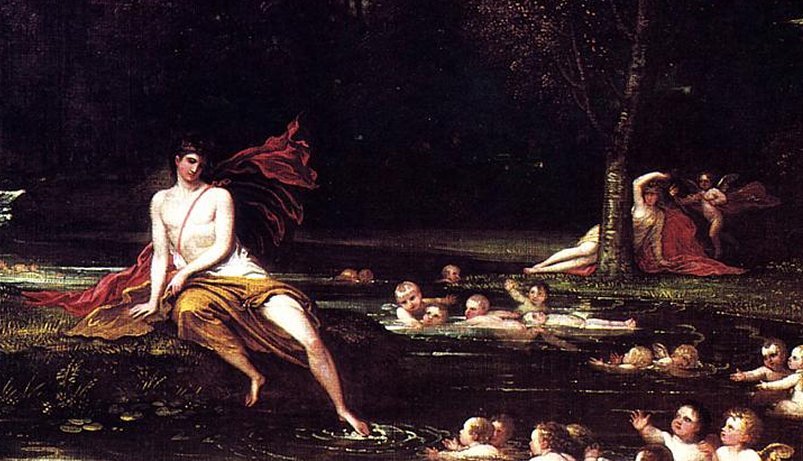 To this day, Echo's voice is heard from labyrinths, caves, the walls of forests, mountain slopes, rocks, and ravines, according to an ancient belief.

This myth tells a story of punishment for rejecting love and boundless selfishness and self-admiration that deeply hurts. It speaks even about a misdirected and unfulfilled love.

Friendly and fun-loving individual, Echo was a favorite friend of Artemis.

She was also popular among nymphs, her sisters, and friends - was but disliked by Hera, who known for her jealous and vengeful nature became suspicious and angry with Echo, mistaking Echo as the object of Zeus's vulgar affections.

Aware of her husband's love affairs, especially with beautiful nymphs, she put a curse on an innocent Echo, even though she had played no part at all in Zeus's intimate relationships.

"Young lady, your chattering has done you in, and you will be punished for it! From this moment forward, the only words you will ever be able to utter will be exactly those words that other people have said to you first," said furious Hera.

She punished Echo for interfering with her plans. Burdened with an awful punishment, Echo lost her privilege to speak on her on again and could only be able to repeat others' last words.

Cold And Proud Narcissus In Love With His Image

Cold, proud, and beautiful human youth, Narcissus loved no one and always considered himself worthy of love. He got lost once in a dense forest while hunting, and the nymph Echo accidentally saw him. She fell in love with him, but she followed the boy and waited for him to speak first because of the curse. Narcissus looked around after for his companions, not knowing where to go, and shouted:

And the Echo responded happily.

A nymph stretched out her hands and hurried to Narcissus. He saw her, but as proud and selfish as ever, the beautiful Narcissus instantly pushed her away and disappeared into the dark forest. He rejected everyone's love. Many of the nymphs were made unhappy by his pride. This time, he decided he'd rather die before letting a wood nymph have him and pushed her away. 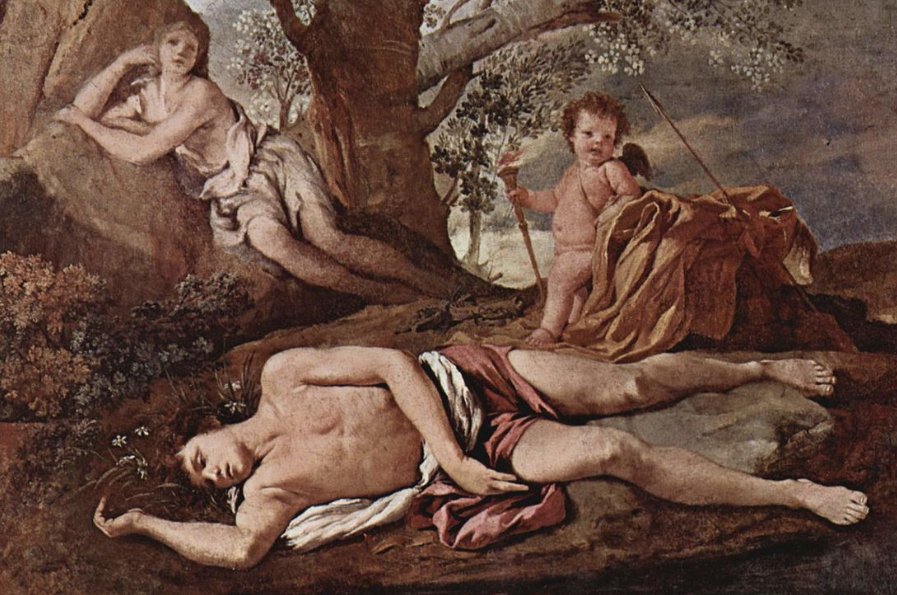 Echo hid in a cave in the impenetrable forest suffering from the love of Narcissus. She began to grow skinny from starvation without eating and sleeping until her body withered away entirely into dust, leaving nothing but her voice.

Nemesis Punishes Narcissus Who Falls In love With His Reflection

Later, the goddess of revenge, Nemesis, decided to punish Narcissus for his behavior. She led him to a pool, where he saw his reflection and fell in love with it. He refused to leave the reflection of himself and, like Echo, he starved to death, but before it happened, he cried out: "Farewell, dear boy…beloved in vain."

Echo's voice repeated the lament from the cave, but Narcissus was already dead.

A fixation upon himself eventually killed him, and he had to pay a high price for his misdirected love.

In the myth, the water acts as a mirror, reflecting Narcissus' state of mind and what is happening around him. It calms down, then becomes cloudy, and eventually disappears.

This beautiful Greek myth shows various aspects of nature. The nymph Echo becomes the repetition of sound, and Narcissus –symbolizes self-sufficiency, narcissism, and vanity from now on becomes a flower.

Echo and Narcissus both died of unfulfilled love. They became obsessed with their love, that they stopped taking care of themselves and had to die.

There is also a moral to this story. Narcissus's death and transformation demonstrate the danger of excessive self-love that can also be self-obsessive and called narcissism.

The myth demonstrates this kind of behavior precisely, and individuals with narcissistic personality disorder have an impressive sense of self-importance. They seek unlimited admiration from others and fantasize about continued successes or power.

Like the beautiful Narcissus, they believe they are special and unique, even superior to others. But are they?