A. Sutherland  - AncientPages.com - In  Norse mythology, Nastrond (Náströnd) is the ‘strand of corpses.’ It is the most terrible part of Niflheim, ruled by the god Loki’s terrible daughter, Hel. 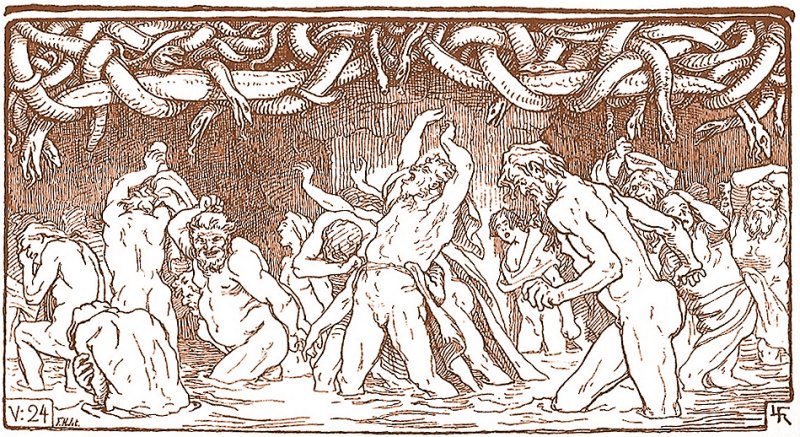 People wade through venom dripping from the serpents above in Náströnd as attested in Völuspá. An illustration for Völuspá. Lorenz Frølich (1820–1908)

The grisly Nastrond shore in Hel’s kingdom, located under one of the roots of Yggdrasil, is a dark and wet underground cave. All the doors of Nastrond are oriented towards the glacial north to accommodate the terrifying sounds of the winds.

The walls are made of twisted snakes pouring their deadly venom. The condemned are subject to horrible tortures by the snakes' poisonous fangs are turned towards them, and the bites of the wolf Fenrir.

Nastrond is a destination of suffering for those guilty of murder, adultery, and oath-breaking. According to the Norsemen's beliefs, these were the worst possible crimes, and the only punishment they could get was the terrible afterlife in the horrors of Nastrond.

Norse Nastrond was a part of Hel's kingdom of dead.

Nastrond is one of the nine punishment holes, to which those who committed crimes are taken; they die there for the second time after their sentence at the court.

Nidhogg, dreadful winged corpse-eating dragon feeds on the corpses of the evil dead. At Ragnarok, the end of the world, Nidhogg would harvest many corpses and then, will continue to live in the new world.

Nastrond reminds us of the Greek Tartarus, where the wicked are punished with equal cruelty.

Nastrond is not particularly well-known and it is cited only from two known sources: one is Völuspá and another is Prose Edda. 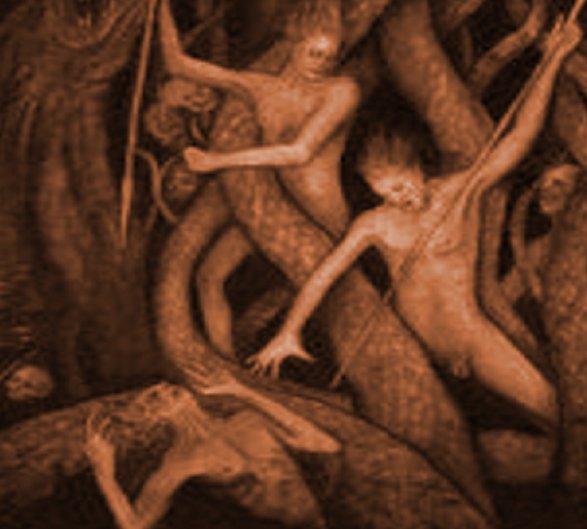 According to the early 13th century Snorri's Edda, on the Nastrond, the nails of the dead built a ship called 'Nagelfare'.

In Norse beliefs, 'Nagelfare' (Old Norse "nail farer") is a boat made entirely from the fingernails and toenails of the dead. During the events of Ragnarok, 'Nagelfare' is prophesied to sail to Vigrid (or Vigridr) carrying the participants of the most significant confrontation of all times, the battle with the gods, which takes place on the plain of Vigrid.

Nearly all the participants must die.

In beliefs of the Norsemen, there are several places of death such as Valhalla, Odin's hall that provides a posthumous home for those slain gloriously in battle, and Folkvang, a field ruled over by the goddess Freya where half of those that die in combat go upon death. There is also Niflheim, ruled by Hel, and the hall of the goddess Ran.
In fact, in none of these places, the dead suffer, but in Nastrond they would suffer. At this point, Nastrond emerges as a symbolic place. In Nastrond the dead would be punished forever. The condemned have no way out, only the afterlife full of suffering.

Thus this mythical place presents itself as somewhat different from other Norse posthumous conceptions.

Christiansen E. The Norsemen of the Viking Age