A. Sutherland - AncientPages.com - Vikings of ancient times were truly motivated to fight in battles. Odin’s Valhalla was a reward for the hardest struggles, wounds, and finally, death.

Each of these brave warriors walked without hesitation in the bloodiest battle. Vikings’ worst nightmare was to die of old age. Only courageous warriors who died in battle were allowed to enter Valhalla, where the mighty God Odin awaited their arrival. 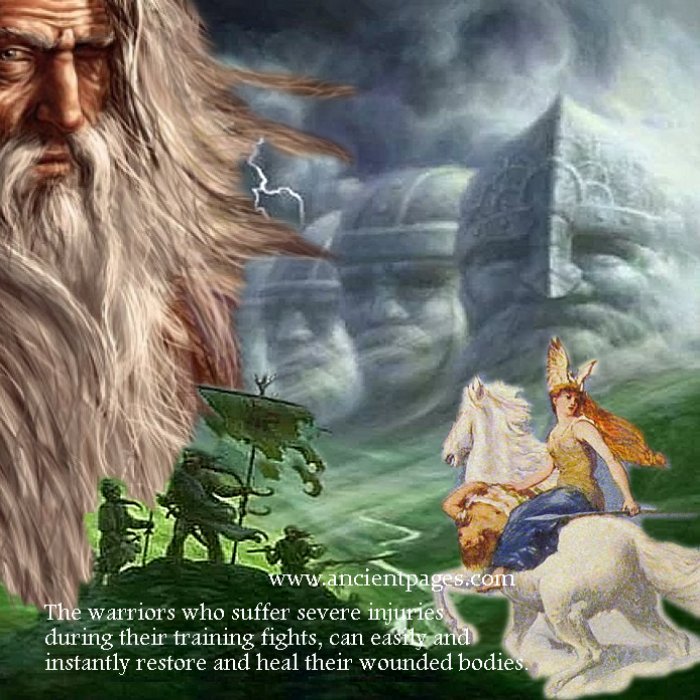 Vikings deeply believed that a beautiful goddess Freya would take them away to her realm of happiness or the Valkyries, marvelous armed virgins ridden by winged steeds and wolves would deliver them to the palace of Odin and undisturbed luck and hospitality in Valhalla.

Valhalla  - A Highly Desirable And Special Place In Asgard

Valhalla is the gigantic and majestic chamber of the fallen heroes – warriors and mighty chiefs - who died heroic deaths in battle. 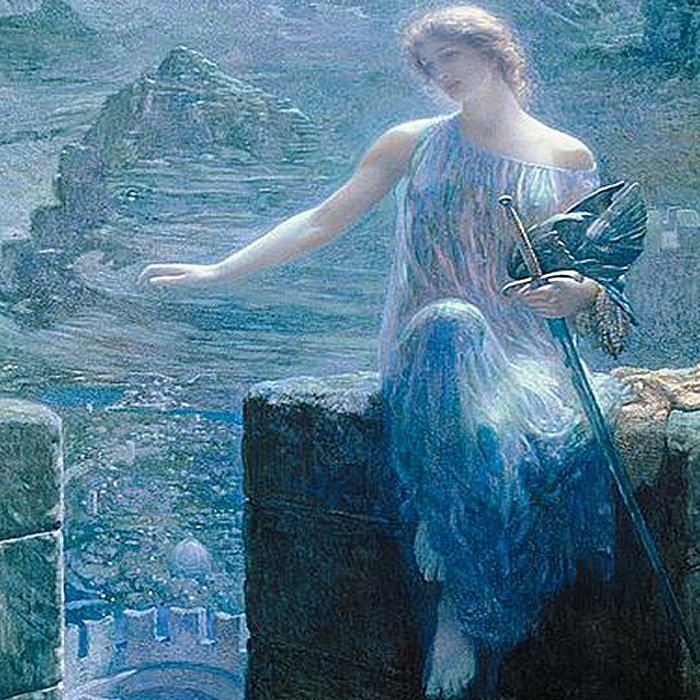 Valhalla, in Old Norse (Valhöll) means the “Chamber of the Dead” or the “Hall of the Fallen” and is the abode of Odin and twelve Valkyries, female spirits of great importance, who choose those who may die in battle and those who may live and drift over the battleground to find their prey.

The Valkyries bring their chosen to the afterlife hall of the slain, Valhalla, ruled over by the god Odin.

Worthy warriors killed in glorious battles, as well as chiefs, could be found in Valhalla. Odin and Freya shared half of them. All these warriors are called ‘einherjar’, or fighting alone. They spent time on feasts, stories, and fights. Food and drink are served by the Valkyries dressed in white robes. The einherjar’s mead (an alcoholic beverage known as ‘honey wine’ is served daily, and the best-boiled flesh of the boar Sachrimmi is consumed during the feasts at night.

The other half of the fallen warriors are taken to the goddess Freya’s afterlife magical field Fólkvangr and her beautiful heavenly palace.

Each Viking in Valhalla has to wake up every morning and fight on Asgard’s large territories. It is their training and preparations for the final war, Ragnarok, the end of the world.

The warriors, who suffer severe injuries during their training fights, can restore and heal their wounded bodies.

A Hard Road To Valhalla

However, the road to Valhalla’s paradise is not easy. The entrance to the abode is guarded.

Warriors must necessarily cross the river Thund and then the gate Valgrind, the most important and always open gate. Valgrind is so large that eight hundred warriors can walk through it, side by side. 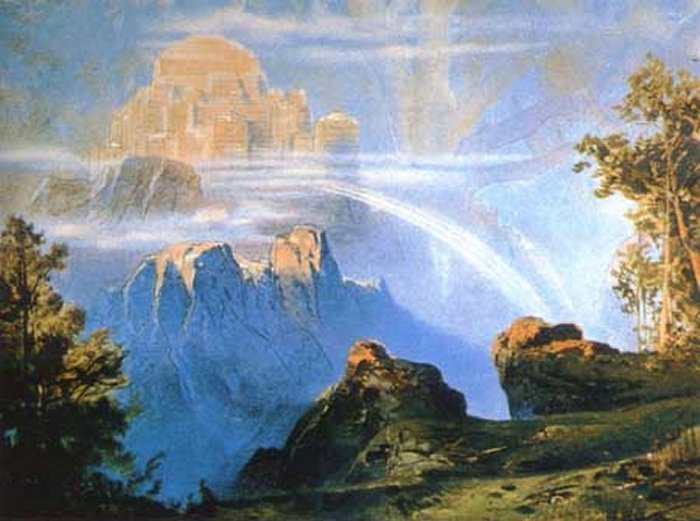 However, there are also 540 other doors leading to Valhalla’s interior and each of these 540 doors is big enough to permit 800 warriors to walk through.

Unworthy warriors - those who did not die a notable or heroic death – are now allowed to enter Valhalla. They are confined to an underworld of the dead Niflheim (‘world of the darkness’) ruled by Hel, a goddess and daughter of god Loki, the trickster.

As previously mentioned on Ancient Pages, according to Norse mythology, there are Nine Worlds located in the roots and branches of Yggdrasil, a gigantic Universal World Tree. Niflheim is the most inhospitable and darkest world of the densest mists and fogs.

Using Odin's words, the poem Grímnismál says that Valhalla is shining and golden and ‘rises peacefully’ when seen from afar. From there, every day, Odin chooses from those who have died in combat.

Valhalla has spear-shafts for rafters, a roof thatched with shields; coats of mail are strewn over its benches, a wolf hangs in front of its west doors, and an eagle hovers above it.

Odin And The Valkyries Are True Rulers Of Valhalla

The Valkyries – beautiful and elegant beings - have to fulfill the will of Odin and inform the fallen heroes and leaders about their fate after death.

As we mentioned, earlier some of the Valkyries serve during the feasts. Odin also participates in the feasts, but he only drinks his wine and plans research missions for his two ravens Huginn (‘Thought’) and Muninn (‘Mind’).

The magnificent Valhalla cannot exist forever. It will be destroyed along with the world, but one day it most probably can be created again – reborn – as the new world.