Ellen Lloyd - AncientPages.com - There are basically three ways to write about Freemasons. One is to turn the secrets and mysteries of the Freemasons into one big conspiracy. Another way is to glorify the secret society and its achievements, and the third option, which we will apply here is to approach the subject in an objective manner.

With about 4 million members, Freemasonry is one of the oldest and largest brotherhoods in the world. The secret society’s history goes back to distant antiquity. Freemasons were active in ancient Egypt, Rome, Greece, and many other places. Their monuments and buildings testify to their profound knowledge as skilled architects and ancient builders. 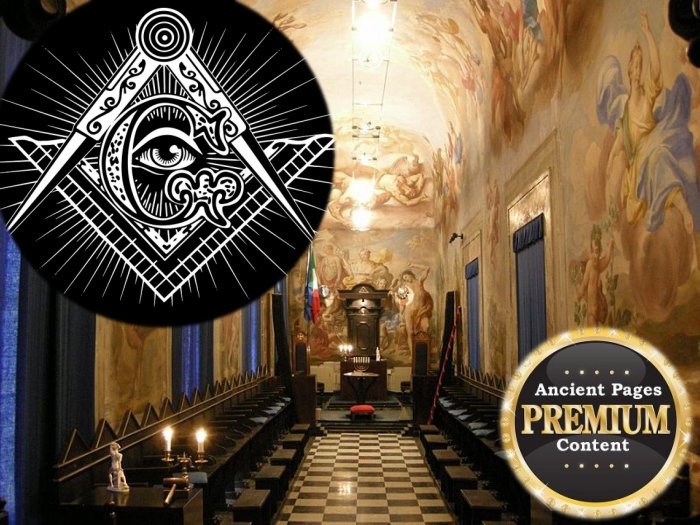 Over the years, the Masonic movement has either frightened or fascinated people. The movement has always had an aura of secrecy about it and many have tried to learn the deeper meaning behind Freemasons’ secret rituals, symbols, beliefs and history. This has sometimes led to the development of several conspiracy theories that may be of interest to many people. However, instead of contemplating Freemasons’ role in our modern society, we will focus our attention on the movement’s secret ancient knowledge that sheds light on the movement’s profound metaphysical, theological, and philosophical beliefs.

In this article, we discuss the Freemasons and the possibility that the Brotherhood worshiped one or possibly several ancient Mother goddesses. It is an interesting and yet controversial theory as well as a paradox. Can a secret society that doesn’t allow women in its ranks pay tribute to powerful ancient women?

Investigating the Masonic symbolism, archaeological discoveries and theories presented by several researchers, we possess an interesting evidence suggesting that certain ancient Goddesses may have  played a vital role in the history of the Masonic movement.