Ellen Lloyd - AncientPages.com - Was there once a black pyramid in Egypt that has been erased from the pages of history? Could the pyramid be buried beneath the sand, or was the ancient structure misidentified?

It has been suggested there is a fourth pyramid somewhere on the Giza plateau, but if this is true, then why can’t we see it? Also, why was the pyramid black? 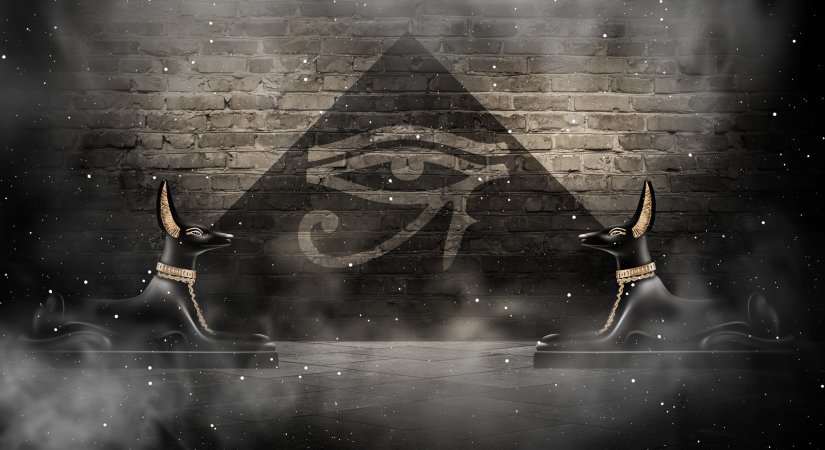 Was there once a black pyramid in Egypt? Credit: Mia Stendal - Adobe Stock

The Giza Plateau on the outskirts of Cairo is a famous, must-see Egyptian landmark visited by tourists worldwide. At this magnificent ancient site, we find the enigmatic Sphinx, three famous pyramids, several ancient cemeteries, a workers' village, and an industrial complex. Archaeologists excavating at Giza keep discovering new tombs and stunning ancient Egyptian artifacts. This historical site has not yet given up all its ancient secrets and has much more to offer.

We know there are three famous pyramids at the Giza, and they were Pharaohs Khufu, Khafre, and Menkaure, but there are no obvious signs of a fourth pyramid.

The existence of a fourth pyramid at Giza was documented by Danish explorer Frederic Louis Norden (1708-1742), who participated in an expedition to Egypt organized by the Frenchman Pierre Joseph le Roux d'Esneval on demand by the Danish King Christian VI. 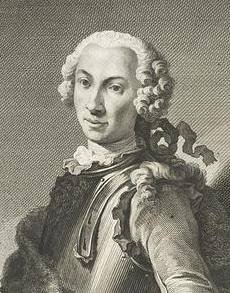 Norden was not an amateur explorer. He was an experienced naval Captain, cartographer, and archaeological explorer who, before his visit to Egypt in 1737, had traveled to countries like the Netherlands, France, Italy, and Malta to study fortifications.

When Captain Norden reached Egypt, he documented and draw everything he saw and experienced, including pharaonic monuments, architecture, installations, and maps. He made more than 200 drawings that can be found in his publication Voyage d'Egypte et de Nubie.

Some of his drawings made modern researchers puzzled. Why had Captain Norden made a drawing of a fourth pyramid at Giza?

In his writings, Captain Norden stated: “There are four of them; they deserve the attention of the curious, even though they may be seven or eight in the neighborhood, they are nothing in comparison with the first (…) The two pyramids to the north are the biggest and have 500 feet perpendicular. The other two are much smaller but they have some peculiarities that cause it to be examined and admired.”

Captain Norden said the ancient structure’s top was extremely when describing the fourth pyramid. It seemed to be “a stone blacker than the granite common. “ 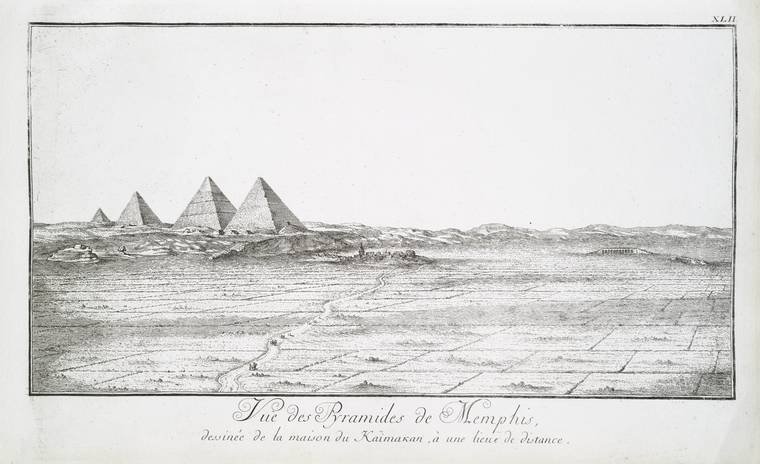 “As for the fourth pyramid, it is just under a hundred feet from the third. It has no covering, it is closed and it resembles the others, but without any temple like the first one. However, it has a characteristic worth mentioning, which is that the top is crowned by a single large stone, which seems to have served as a pedestal,” Captain Norden explained. 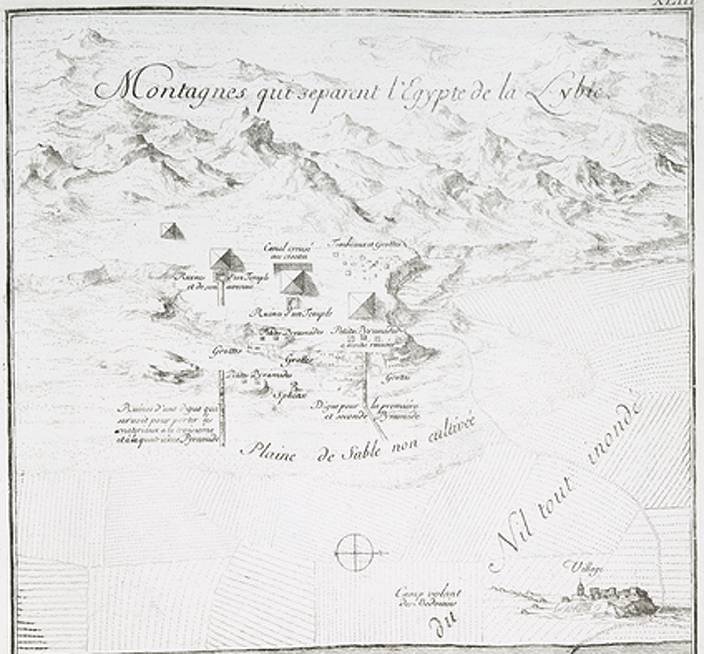 We know by now there is no fourth pyramid at Giza. Some suggest satellite images reveal the existence of several giant Egyptian pyramids hidden beneath the sand, but this could not have been what Captain Norden observed during his journey. So how could he document four Giza pyramids when there are only three of them?

Most modern scholars suggest Captain Norden made a mistake and wrongly identified one of Menkaure's satellite pyramids as a fourth great pyramid. If this is true, it still doesn’t explain why Captain Norden stated the fourth pyramid was black. It’s common knowledge that Menkaure’s pyramids were not made of black stones. 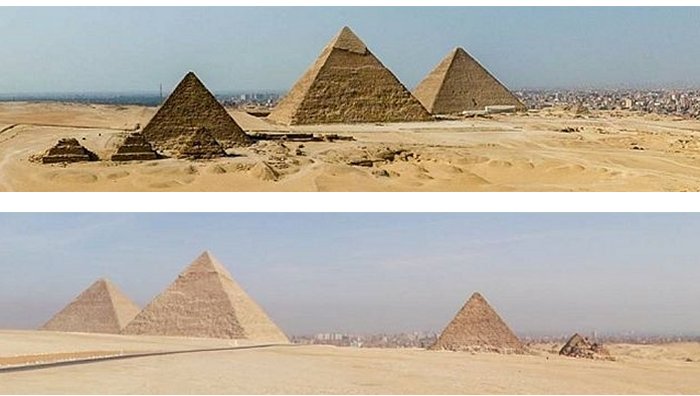 Could one of the Giza pyramids we know today could the one Captain Norden saw?  Credit: Public Domain

This fact leaves us with very few options. One possibility is that there has been a translation error somewhere. Captain Norden’s text was originally written in French before being translated into English. Maybe his intention was never to say the fourth pyramid was black but simply darker than the others.

Another possibility is that Captain Norden did, in fact, see a black pyramid that no longer exists. Perhaps the ancient structure became a victim of vandalism or was deliberately used as a quarry.

A pyramid cannot vanish into thin air, but there is no reason to doubt Captain Norden’s words either. It seems obvious Captain Norden did see something, he documented his experience, and we simply cannot solve this ancient Egyptian mystery.