A. Sutherland - AncientPages.com - In Norse mythology, Kvasir was an amazing being created from the saliva of the Aesir and the Vanir gods. Kvasir is mentioned in the 13th century, "Prose Edda" and "Heimskringla" by Snorri Sturluson and in the poetry of skalds.

Their stories tell that for the final sealing of peace, the gods decided to create this great sage renowned for his wisdom and goodness, who wandered over the world answering all questions people asked him, teaching them how to forge iron, tame horses, how to braid ropes and cultivate field.

Kvasir was the gods’ gift to mankind, and a favorite of both gods and humans. He was wise as Mimir and nobody ever questioned his advices.

The dwarfs Fialar and Galar, hearing about Kvasir’s great wisdom, coveted it. Under the pretext of asking for help, they lured Kvasir into a trap and killed him. They drained every drop of his blood into three vessels - the kettle Od-hroerir and the bowls Son and Boden. Then, they mixed his blood with honey and prepared the mead of poetry, a beverage containing wisdom, knowledge and inspired poets. 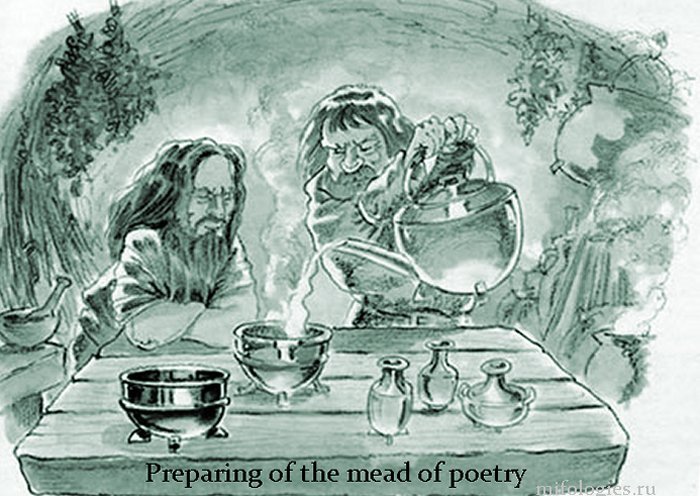 After some time, the Aesir gods sent a messenger to ask after Kvasir and the two dwarfs explained that Kvasir "died of wisdom"; no one asked him interesting questions because there was no one in the Nine Worlds who was wise enough to compare and compete with him.

Delighted with what they had done, Fjalar and Galar kept the mead of poetry to themselves. After this murder, they continued their evil deeds for fun.

Mead Of Poetry: Odin Gave This Magical Potion To Gods, Valkyries And Humans

Giant Mimir And The Well Of Wisdom In Norse Beliefs

One day, during a quarrel, the dwarfs murdered a giant Gilling and his wife. When Suttung, the son of Gilling, learned about these murders, he imprisoned the dwarves on a rock in the sea and made sure that they would not escape. In the end, horrified Fjalar and Galar were forced to give the mead to Gilling’s angry son, Suttung, in exchange for their lives.

Suttung built a strong underground cave in the mountain Hnitborg, where he lived and there, he hid the three containers of mead and entrusted his daughter, Gunlod, to guard them night and day. Neither gods nor mortals were allowed to access three containers. No one was allowed to taste the mead. 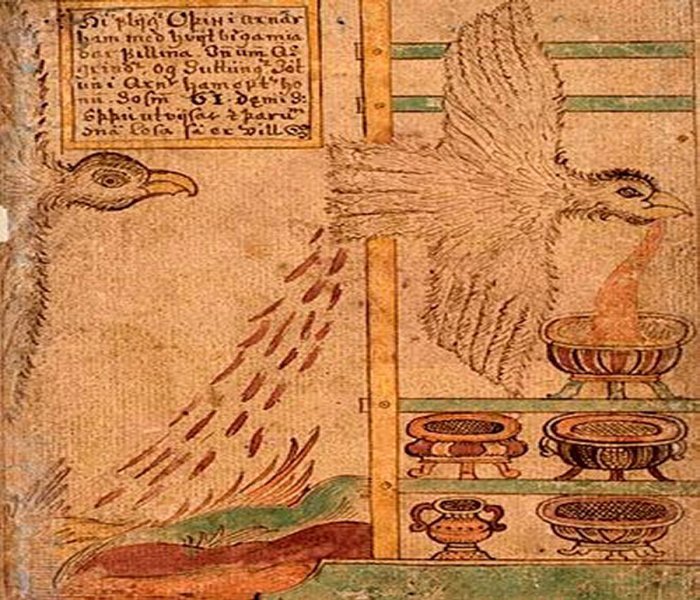 However, Gunlod (whose name means “invitation to the battle”) did not expect that the mighty Odin knew about everything; his trusty messengers – two ravens Huginn and Muninn, came every evening to Valhalla with all the news and gossips from the Nine Worlds.

Odin Tries To Retrieve The Mead And Disguises Himself

Soon, also the other Aesir gods were informed about what had happened to the mead.

Odin decided to recover the mead and bring it back to Asgard. The mead of poetry could not remain in unholy hands of the giant Suttung.

Disguised as a mortal and calling himself, Bolverk (‘Evil-Doer’), Odin set forth to obtain the mead.

It wasn’t easy. Odin finally reached the cave where the mead was hidden and guarded by Gunlod, the daughter of Suttung.

Odin once again had to disguise himself. He changed his appearance into a young, beautiful man and had to spend three nights with Gunlod, and after this time together, Gunlod fell in love with him. Thus, he could have three sips of mead.

Odin proceeded to drink all the mead and then he changed into an eagle and escaped to Asgard. On his way home to Asgard, Odin lost some of the valuable mead, but it was so little that it didn’t bother the gods. They said that anyone who wanted it could have it.

They had lost wise Kvasir and it was their great tragedy but they won the sage Kvasir’s blood. Once more Odin drank some of the precious mead. And from time to time he offered a draught to one of the Aesir or to a man or two in Midgard; he offered them the gift of poetry.