Ellen Lloyd - AncientPages.com - Fleur-de-lis, ( French: “lily flower”) is an ancient symbol that has long been associated with French royalty. Depicting a stylized lily or lotus flower we encounter the emblem in many places across the world.

What makes the Fleur-de-lis symbol special is how it has been used in different contexts. This symbol has represented peace, war, religion, politics, royalty, and more. 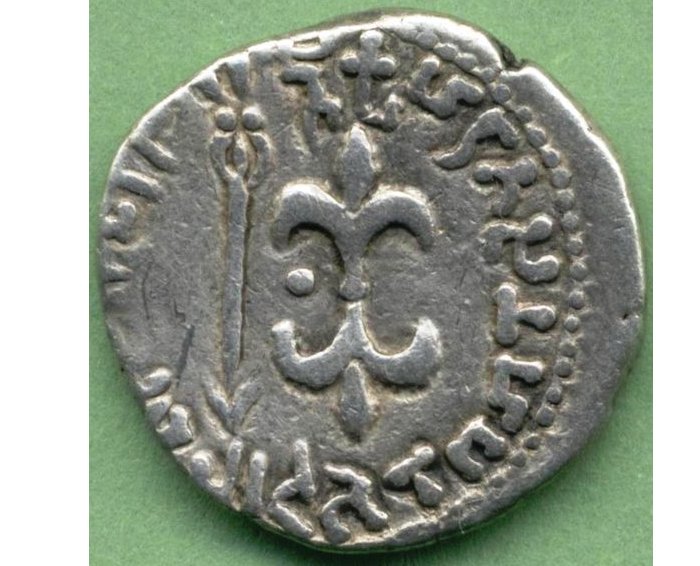 The fleur-de-lis is visible on this nearly 2000-year-old Ksahtrap Dynasty coin from Ancient India.

For example, Joan of Arc carried a white banner that showed God blessing the French royal emblem, the fleur-de-lis when she led French troops to victory over the English. The Catholic Church has used the Fleur-de-lis emblem for many years. The lily flower was a symbol of the Holy Trinity as well as an emblem of the Virgin Mary. 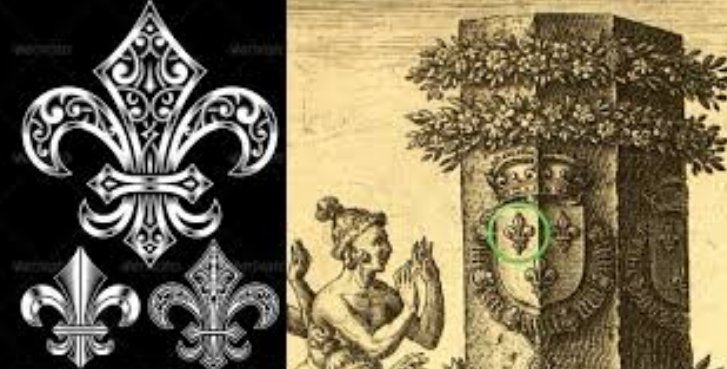 The symbol has been regarded as a sign of purity ever since antiquity.

A number of military units use the symbol's resemblance to a spearhead to identify martial power and strength.

Why Is The Fleur-de-lis – Lily Flower A Symbol Of Royalty?

Fleur-de-lis (also 'fleur-de-lys') should not be confused with the Flower of Life, which is an ancient sacred geometry symbol and blueprint of the universe.

The fleur-de-lis symbol was sporadically used in Babylonian, Indian, Egyptian, and Roman architecture, but it is most associated with French royalty and the Church. 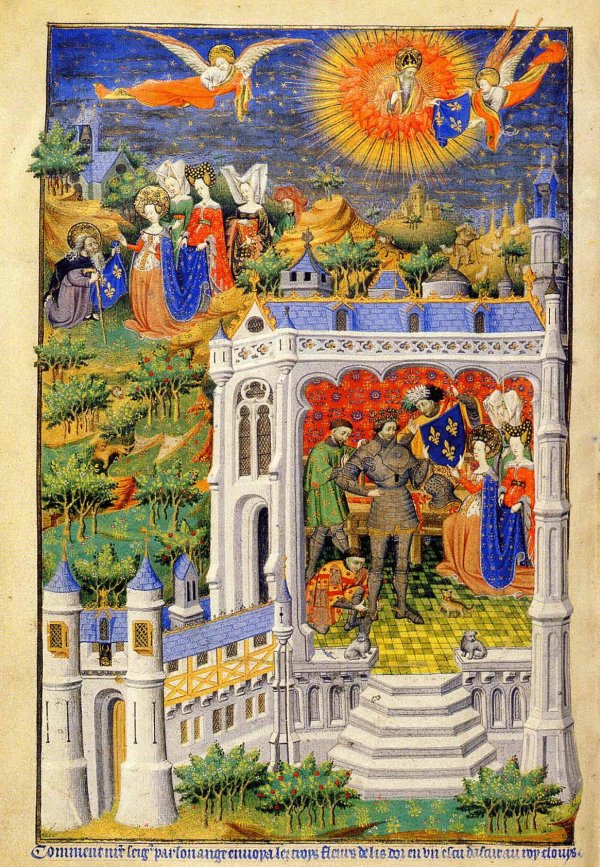 15th-century manuscript illumination of an angel sending the fleurs-de-lis to Clovis. From the Bedford Hours in the British Library, London. via Wikipedia

The fleur-de-lis' symbolic association with French monarchs may stem from the baptismal lily used in the crowning of King Clovis I.

An ancient legend tells, a golden lily flower given at his baptism to Clovis, king of the Franks (466–511), by an angel or even the Virgin Mary. The lily was said to have sprung from the tears shed by Eve as she left Eden. The lily flower was a symbol of his purification upon his conversion to Christianity.

According to another legend, Clovis adopted the symbol when waterlilies showed him how to safely cross a river and thus succeed in battle. 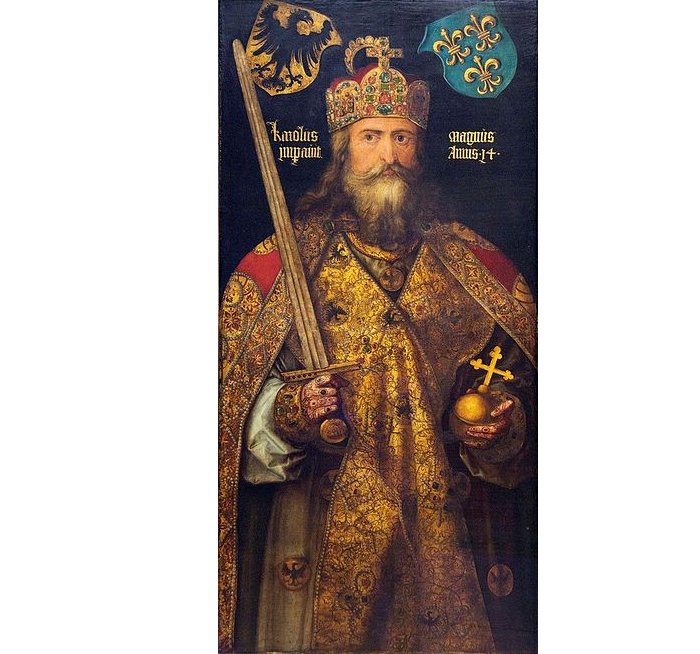 Charlemagne, by Albrecht Dürer, the anachronistic coat-of-arms above him shows the German eagle and the French Fleur-de-lis. Image credit: Albrecht Dürer - The Yorck Project (2002)/via wikipedia

The symbol has been regarded as a sign of purity ever since antiquity. The Roman Catholic Church adopted the Fleur-de-lis symbol to represent the Virgin Mary. When Pope Leo III in 800 crowned Charlemagne as emperor, he is reported to have presented him with a blue banner covered (semé) with golden fleurs-de-lis.

The symbol was later adopted by many European noble families, most notably the French monarchy, to establish an association with the Church.

In the twelfth century, either King Louis VI or King Louis VII became the first French monarch to use the fleur-de-lis on his shield. 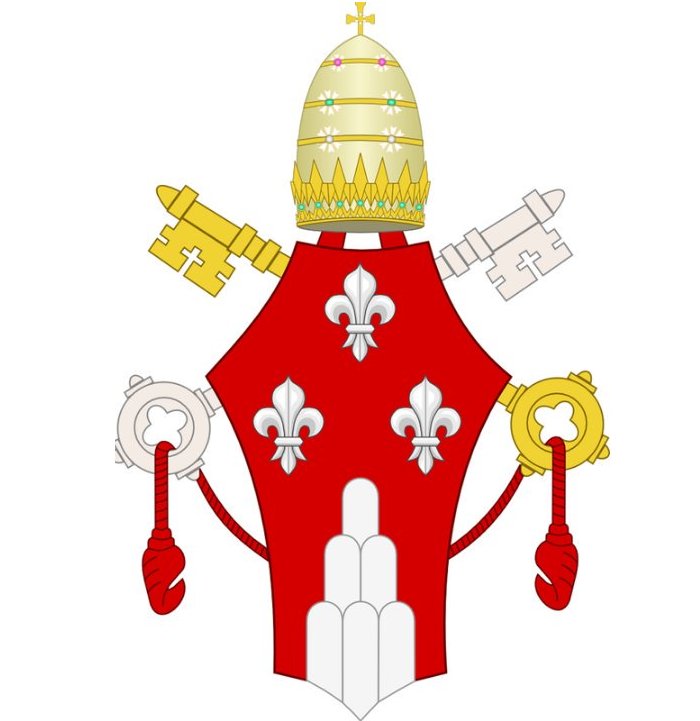 Fleur-de-lis in the coat of arms of Pope Paul VI.

In the 14th century, the fleur-de-lis was often incorporated into the family insignia that was sewn on the knight's surcoat, which was worn over their coat of mail, thus the term, "coat of arms." The original purpose of identification in battle developed into a system of social status designations after 1483 when King Edmund IV established the Heralds' College to supervise the granting of armor insignia.

How The Fleur-de-lis Symbol Became Popular On Other Continents

Knowledge of Fleur-de-lis crossed the Atlantic when French settlers reached the New World. Their presence on North American flags and coats of arms usually recalls the involvement of French settlers in the history of the town or region concerned, and in some cases, the persisting presence there of a population descended from such settlers. 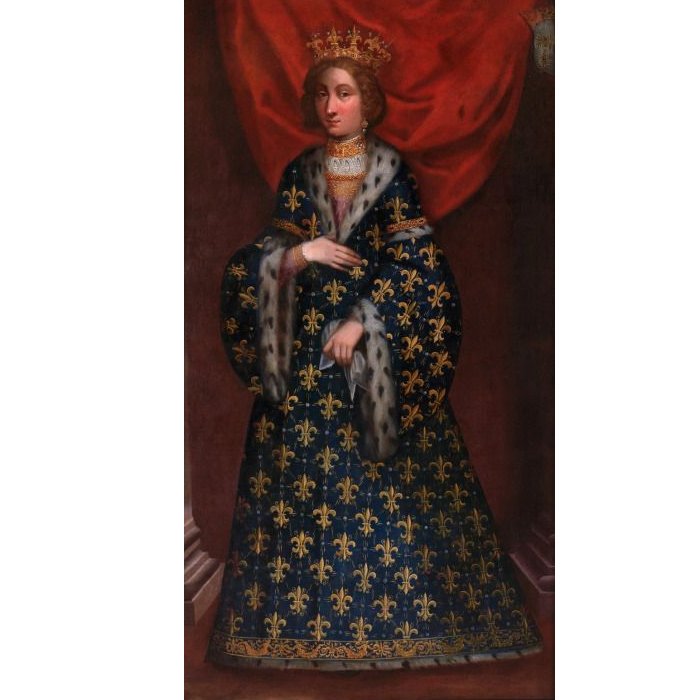 The fleur-de-lis symbol also appears on the Canadian coat of arms, the flag of Quebec.

The Fleur-de-lis Symbol In Modern TImes

In modern times, we encounter the fleur-de-lis symbol in a variety of areas. It is a symbol associated with military, sport, education, scouting, and literature.