Ellen Lloyd - AncientPages.com - Earlier prevailing pharaohs did not need to defend themselves against their people, but Ramesses III had no choice. A 3,000-year-old papyrus reveals how a conspiracy to kill him was born in the pharaoh’s harem.

One of the main figures behind the plot was his wife, Queen Tiye, who took advantage of Egypt’s economic crisis to gain supporters for the murder of Pharaoh Ramesses III. This historical event, known as the harem conspiracy, had a tragic outcome for all involved, including the pharaoh. 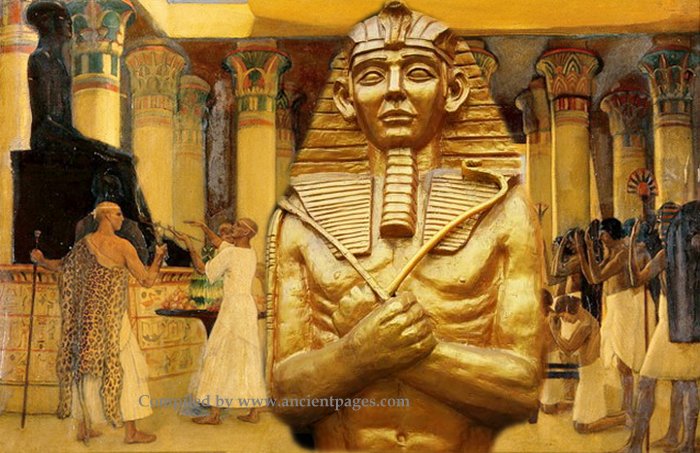 Pharaoh Ramesses III reigned from 1186 B.C. to 1155 B.C. He was the second pharaoh of the Twentieth Dynasty. Keeping Egypt safe from enemies was not easy in those days. His reign was a time of considerable turmoil throughout the Mediterranean.  The Trojan War and the fall of the Mycenae kingdom led to a huge number of refugees in the region. Some great empires were toppled, and the entire region faced severe economic and political problems. 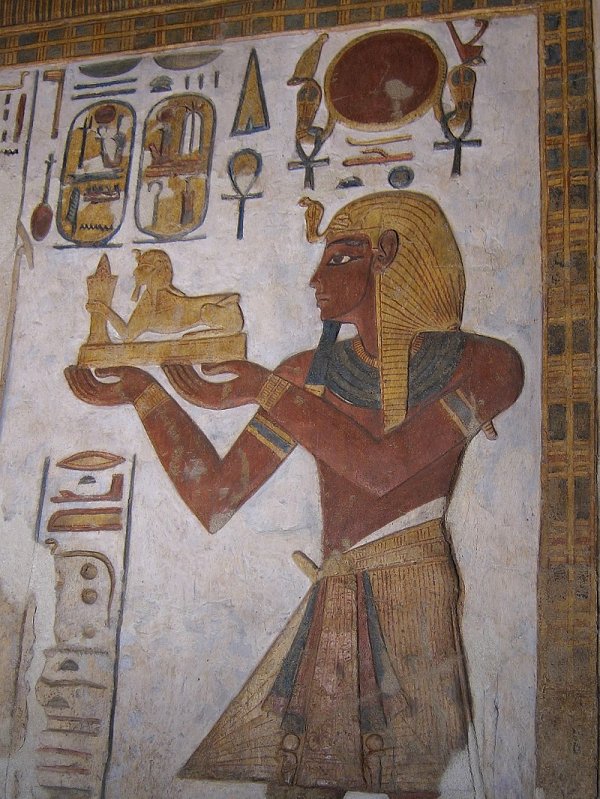 Relief from the sanctuary of the Temple of Khonsu at Karnak depicting Ramesses III. Credit: Asavaa - Public Domain

Ramesses III was a determined and strong warrior pharaoh who defended his country against foreign invasion in three great wars despite the chaos in the region. Ramesses III wanted future generations to know what he had achieved, and he left a complete record of his major military activities on the walls of Medinet Habu. One record tells of his campaign against the Sea People, who attacked the Nile Valley in his 8th year on the throne. The temple walls detail how he prepared a strong fleet and defeated them at sea.

Pharaoh Ramesses III managed to ensure tranquility in Egypt, but at the end of his reign, the economic crisis turned against him. 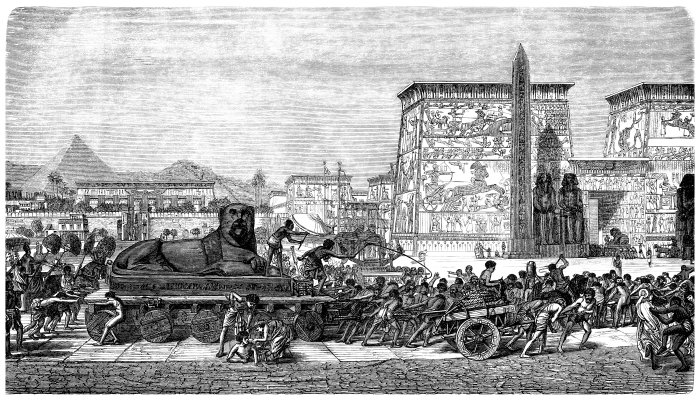 The world’s first documented labor strike took place under the rule of Pharaoh Ramesses III. The reason for the labor strike was that the workers did not receive their normal rations. The custom was a monthly ration of grain, but implicit in the document is the sense that the ration had frequently been delayed during Ramses III’s reign. His workers had enough and one day, they all lay down their tools and marched out of the necropolis they were building.

Against this background, a plot was created to end the pharaoh’s life.

The Rivalry Of Two Wives - Isis And Tiye

There is not much information about the private life of Pharaoh Ramesses III, but the names of his two wives, Isis and Tiye, are known. Isis, the main royal wife, was the mother of the successor to the throne, the future Ramesses IV. However, the second wife of the ruler, Tiye did not want to accept it. She wanted her son, Pentawere, to take the Egyptian throne. 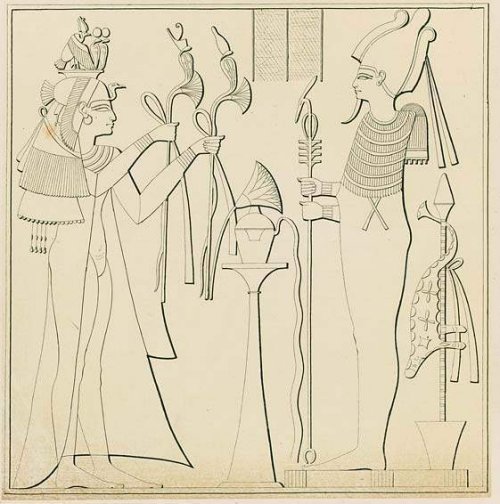 Queen Tiye from the time of Ramesses III. Credit: Wikipedia

“The throne belongs only to my son Pentawere," said Queen Tiye, a woman whose political ambition underlined the harem plot.

In Ramesses III’s Egypt, the situation was difficult, full of internal conflicts and starvation. To find bold and eager people who would support her assassination plan was not a problem. Many wanted to get rid of the pharaoh.

It is thanks to the Judicial Papyrus of Turin historians have learned about the plot to murder the pharaoh. The 3,000-year-old document is one of the few surviving papyri related to the event. It was translated in 1937 and contained the entire list of those who participated in the conspiracy and the verdict and punishment they received.

According to the Judicial Papyrus of Turin, Queen Tiye enlisted a group of officials throughout the administration as well as servants to help deliver messages beyond the harem. She managed to convince many of these officials to help act out the conspiracy. 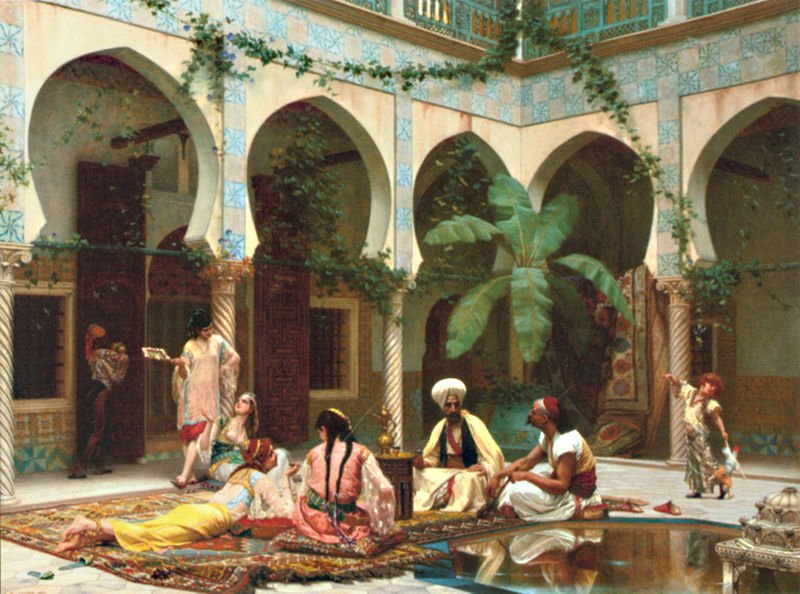 The conspiracy started in the pharaoh's harem. The Harem by Gustave Boulanger  (1824-1888) - repro from artbook. Credit: Public Domain

Pebekkamen, chief of the chamber to Ramesses III, became her ally. This was no simple conspiracy, considering that at least 62 people were implicated and tried as a group, the ancient document revealed. Conspirators used magical statues that represented gods and people as well as magical spells to weaken the pharaoh and make him an easy target for assassination. The attack against pharaoh Ramesses III was planned to be carried out while he was in the harem.

What Happened To The Conspirators Who Planned To Murder Pharaoh Ramesses III?

After the attack on his father, the heir Ramesses IV quickly took control.

The ancient papyrus revealed that four trials were held and all those who participated in the plot received harsh sentences -  31 people were sentenced to death, 10 were permitted to take their own lives, and 21 were executed. Pentawere was one of those ordered to take his own life.  What happened to Queen Tiye is not mentioned, but it’s hard to believe she would have survived.

Since the Judicial Papyrus of Turin did not reveal what happened to Ramesses III, the pharaoh’s death has long been considered a mystery.

Egyptologists thought that he might have overseen the trials himself. Historians speculated that Ramesses III survived the initial attack and perhaps died some days later, but some evidence in the papyrus indicated that the plot might have been successful. 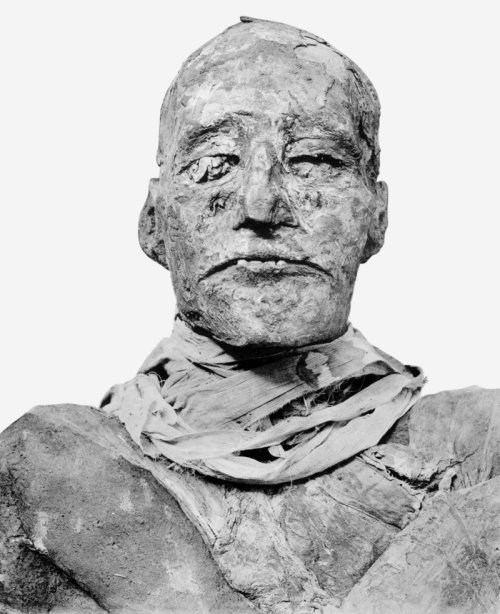 Had Ramesses III been poisoned perhaps? There has long been a dispute about how he was killed, but the mystery was solved some years ago. It was long believed that Ramesses III's body showed no obvious wounds. Still, a CT scan conducted by Ashraf Selim and Sahar Saleem, professors of Radiology in Cairo University, revealed that beneath the bandages was a deep knife wound across the throat. The wound was so large that Ramesses III could not have survived. Scans also revealed that the pharaoh’s left toe had been chopped by a heavy sharp object like an ax.

So, the conspirators did murder Pharaoh Ramesses III by cutting his throat, but their plan to put Pentawere on the throne failed. Pentawere, who had participated in the harem conspiracy, either killed himself or was executed following the assassination attempt

Susan Redford - The Harem Conspiracy: The Murder of Ramesses III