Conny Waters - AncientPages.com - Two pieces of a six-foot-tall statue of a lion have been accidentally found by a team of experts who were excavating and clearing mines for a planned groundwater reservoir.

The place is located along the Tonle Sap River in front of the Council for the Development of Cambodia, according to director-general Heng Ratana, Cambodia Mine Action Centre (CMAC). 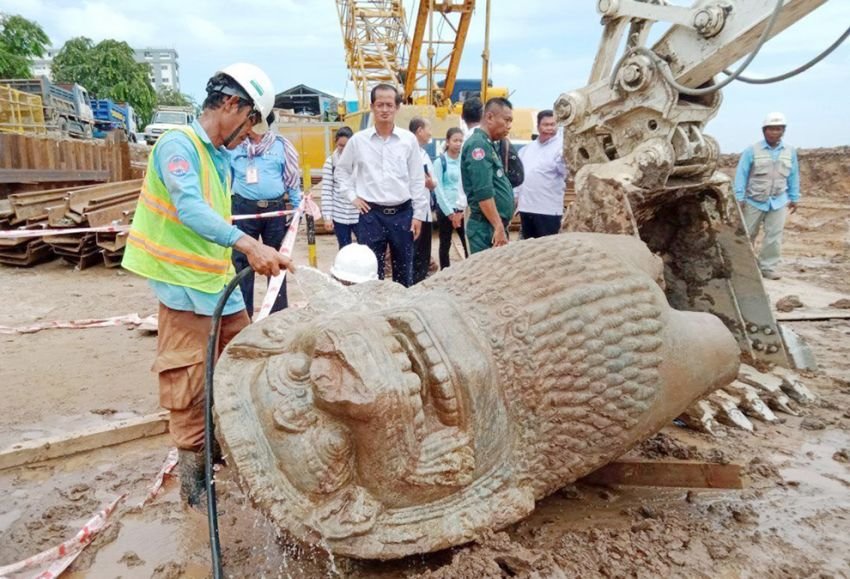 A statue of a lion was found by mine clearance experts while they were digging for a development project along the Tonle Sap River in Phnom Penh's Daun Penh district. CMAC

“This lion statue was found 4m underground and was broken into two parts. The Ministry of Culture and Fine Arts will keep it at the National Museum,” Ratana told The Phnom Penh Post.

Further study of the sculpture at the National Museum could offer clues to when it was carved. 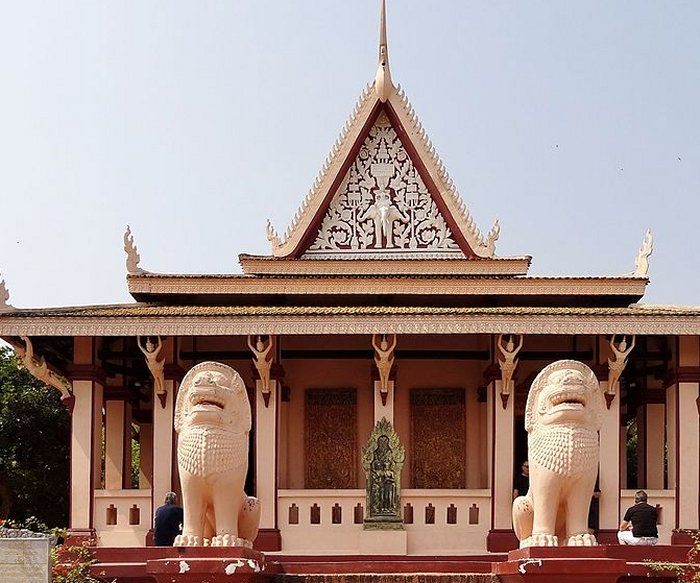 “I don’t think it’s a lion from Wat Phnom because that lion is large. Its location means there must be something there like a bridge,” Touch also added.

“This matter should be brought to the museum and the Ministry of Culture and Fine Arts, which took this statue to study it. There is an experiment center in the museum,” he said.

National Museum director Chhay Visoth said that he cannot make any assumptions about which era the stone lion was made in because experts needed time to check the composition of the ancient stone.

“We cannot make assumptions of the lion that we found during mine clearance for the reservoir plan because we don’t have any connections regarding this statue.

“Normally, we can know the date of an artifact by identifying other things around it,” Visoth said. 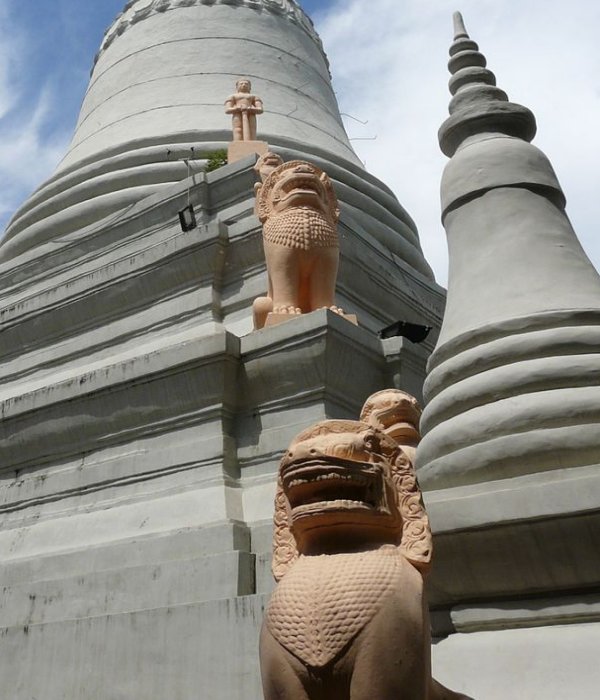 Pagoda of Wat Phnom. 'Grandmother Penh' set up a sanctuary here to house five statues of The Buddha, found washed up in the trunk of a koki tree along the nearby Tonle Sap river. Image source

However,  it’s suspected that the lion was created at the same time as Wat Phnom or sometime after Cambodia was a French protectorate. It also could have been taken from other areas such as Angkor.

“We suspect that it could have been from the Bakheng Mountain area because its height is 2m. We need time to study and date it,” he said.

Phnom Bakheng at Angkor, Cambodia, is a Hindu and Buddhist temple in the form of a temple mountain.  Phnom Bakheng Hill is located 1,30 meters (4,265 feet) north of Angkor Wat and 400 meters (1,312 feet) south of Angkor Thom. Located atop a hill, it is nowadays a popular tourist spot for sunset views of the much bigger temple Angkor.

Dedicated to Shiva, it was built at the end of the 9th century, during the reign of King Yasovarman (889-910). Wat, which lies amid the jungle about 1.5 km to the southeast. A large number of visitors makes Phnom Bakheng one of the most threatened monuments of Angkor.