A. Sutherland - AncientPages.com - Like Banshee in Irish mythology, the Green Lady has an extraordinary place in Scottish and Welsh folklore as she is believed to protect a family and its home. The Green Lady is a traditional and benevolent ghost found in many Scottish houses and castles. 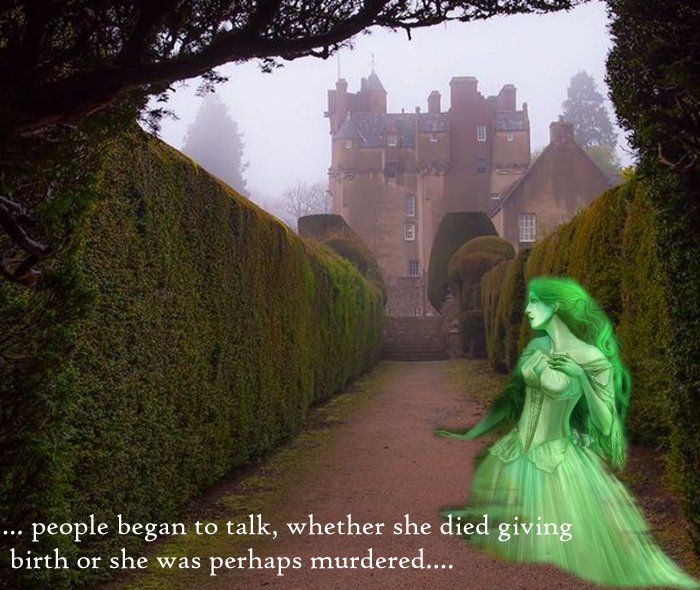 However, the Irish Banshee usually moves with the family if necessary; a ghost of Green Lady, on the other hand, never leaves home waiting for the next family that moves in. Like household spirits, Green Lady ghosts protect people and are herders of domestic animals, protecting them from bad weather or being stolen.

Green Lady ghosts - slender, golden-haired women in long green gowns - are unique because they are deep-rooted in the folklore of Scotland, Wales, and England but generally not encountered outside the United Kingdom.

The 16th-century Crathes Castle, located east of Banchory in Aberdeenshire, Scotland, is famed for the ghost of a young woman. The apparition appears by a fireplace in the Green Lady's Room; she picks up a ghostly infant, and they both disappear.

Tales of the ghost were probably inspired by the painted panels in the room, one of which shows a girl dressed in green with a child in her arms.

However, a legend says that in the 17th century, a daughter of the castle's owner became pregnant. When the mother and her baby died, people began to talk about whether she died giving birth or was perhaps murdered.

Still, the event was a disgrace, and the family kept it a secret, keeping the girl isolated until she gave birth. 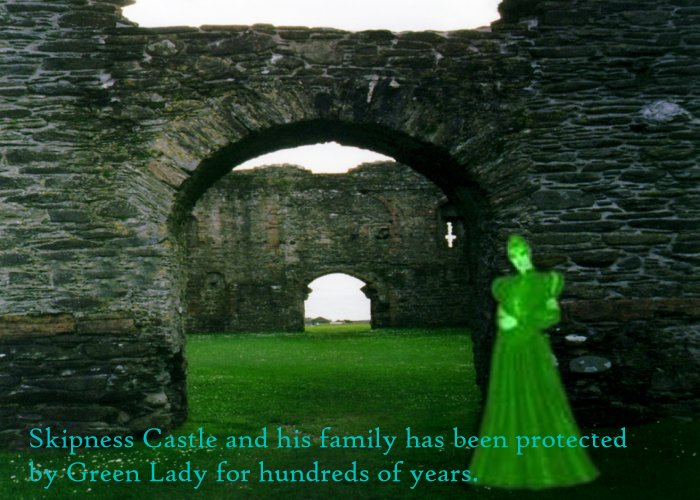 Another version of the story is much more tragic, saying that the woman and her child were buried secretly within the castle. It was later confirmed when renovations of the castle revealed the skeletons of a young woman and a baby buried beneath the fireplace.

Another famous Green Lady ghost story is connected to Skipness Castle near Loch Fyne, Kintyre Peninsula, Scotland. This ghost has protected this castle and its family for hundreds of years.

Yet another Green Lady has been spotted in the ruins of Caerphilly Castle just north of Cardiff in Wales. This ghost hides in the evergreen leaves of the climbing vine surrounding the castle. She is known to be relatively harmless and even friendly by extending her hand to people who accidentally see her passing by, and then she vanishes silently.

According to yet another legend coming from Wales, the ghostly appearance of Green Lady is described as a demon. Her green gown covers her hairy goat-like body and the hooves because this Green Lady was once cursed with hooves for feet.