AncientPages.com - Thanks to the latest Hollywood martial arts blockbuster along with a steady stream of Hong Kong action films, audiences around the world have been entertained by wild and colorful portrayals of Chinese secret societies.

These extravagant fictional tales often obscure the plain truth that for at least two thousand years secret societies did play a vital part in the dynamics of China’s political, social and religious life. Right up to the birth of the People’s Republic in 1949, secret societies were a special characteristic of old China.

“The officials draw their power from the law; the people, from the secret societies.” This Chinese saying sums up the centuries-old conflict between rulers and ruled, privileged and oppressed in imperial China. Secret societies were directly involved in all the peasant rebellions in Chinese history.

As early as the second century, the armed uprising that eventually overthrew the Han dynasty was instigated by a Taoist sect called the Yellow Turbans, whose leader was renowned for his gift of spiritual healing and supernatural powers. The Yellow Turbans in their mixture of religion and political dissatisfaction may be regarded as the forerunners of the secret societies that sprang up all across China. 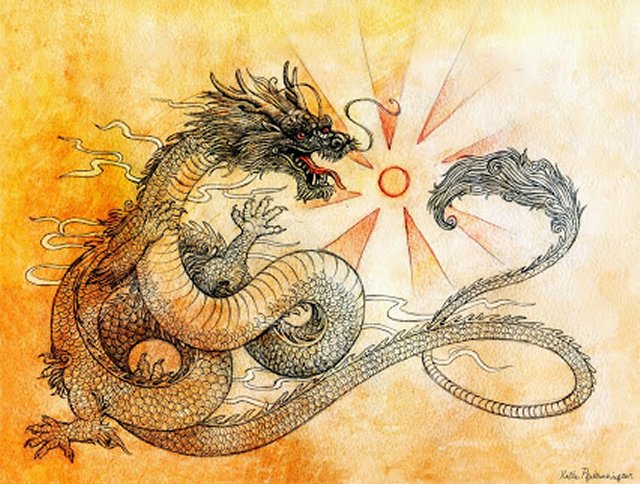 By organising opposition to excessive taxation and the despotism of corrupt bureaucrats, secret societies gained widespread support. In the words of Chinese historian Teng Ssu-Yu, they were the “nerve centres” of opposition to the imperial government, “which profit from favourable circumstances to start insurrections and rebellions.” The secret society formed a hidden parallel empire, a state within a state, and this was a major source of its strength. Nocturnal initiation ceremonies, arcane teachings, secret signs, symbols and passwords, all helped bind a member’s loyalty to the fraternity. As China expert Jean Chesneaux explains:

The secret societies claimed a rival order to that of emperor and mandarins. Vis-à-vis established society they constituted an ‘anti-society’ in the sense in which modern physicists talk of an anti-matter or an anti-universe… Their rites, secrets, oaths of initiation, conventional ideograms – features of which the Triad has provided very typical examples but which are found also in all similar associations – made a powerful contribution towards the consolidation of this autonomous order. The discipline was extremely strict, and any violation, betrayal, or collusion with the authorities was punished by death.1

One of the most influential of China’s secret societies went by the name White Lotus.
It often had to change its name in order to conceal its identity, and was associated with other groups, principally the Society of Heaven and Earth (also called the Hung society or Triad).

The White Lotus functioned primarily as a spiritual body, but in times of political dissatisfaction and social upheaval it quickly took on the outer characteristics of a radical political movement. As a Chinese imperial decree written in 1813 points out:

In normal times the society was engaged in daily worship… and preached that by reciting scriptures and verses, one can escape the dangers of swords and arms, water and fire…. But in times of famine and disorder they might plot for the Greater Enterprises (the founding of a new dynasty).

The White Lotus society led one of the largest rebellions in the second quarter of the fourteenth century against the foreign rule of the Mongols. Known as the Red Turban Rebels (due to their distinctive red headbands) White Lotus members were behind the formation of the Ming dynasty (1368–1644) headed by former Buddhist monk Chu Yuan-chang, who assumed full imperial powers under the title Hung Wu. According to Professor Chesneaux:

Chu Yuan-chang [Hung Wu], the leader of a peasant rebellion against the Mongol Yuan dynasty in the fourteenth century, belonged to the White Lotus sect, of Manichaean origin, and the name of the new dynasty which he founded, the Ming (which means ‘light’ in Chinese), originated in the esoteric vocabulary of the Manichaeans.2

That the Ming emperor Hung Wu was both a former Buddhist monk and a Manichaean initiate is significant because the White Lotus teachings blended Buddhism and native Taoism with Gnostic elements which had entered China from Central Asia with Manichaean missionaries.

Later secret societies venerated Hung Wu above all other historical figures and pledged their allegiance to the Ming dynasty that he established hundreds of years after its collapse. In 1644 the foreign Manchus, who had menaced the Chinese Empire for centuries, claimed the Dragon Throne and established the Ch’ing dynasty. The secret society networks were united in a common purpose: “Overthrow the Ch’ing and restore the Ming.”

By the nineteenth century the cruel and despotic misrule of the Manchus had resulted in nearly a century of political and religious turmoil, leaving China in chaos and unable to effectively confront Western incursions.

In the history of all the popular rebellions the name of the White Lotus appears and disappears. They have been linked with the famous Shaolin Temple of Chan Buddhism, reputedly where Chinese martial arts originated, and the Shaolin monks who took a blood oath to resist the Ch’ing dynasty. After the failure of the two great insurrections of the late eighteenth century, the White Lotus was the victim of violent persecution. 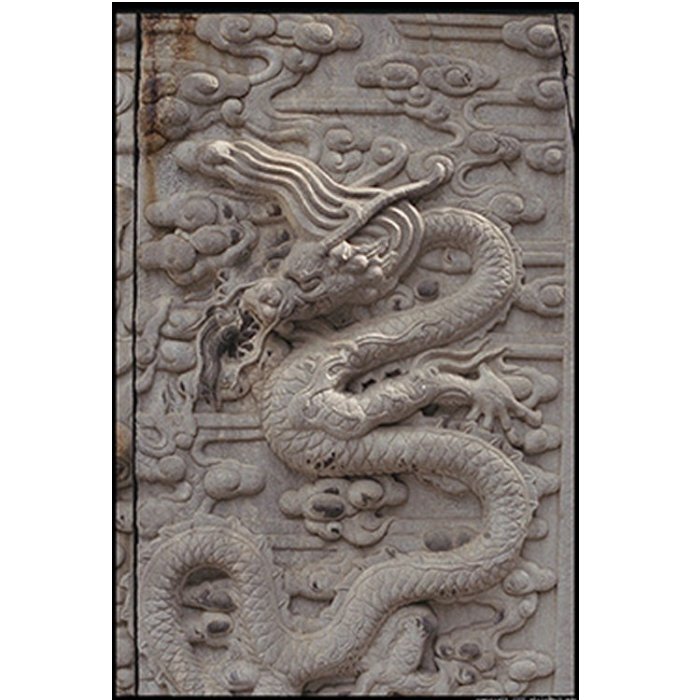 The Society of Heaven and Earth or Triads absorbed much from the White Lotus tradition, and is sometimes regarded as its successor. Persecuted and hunted down by government forces, White Lotus initiates either organised new societies under new names or assimilated with the Triads. All these secret fraternities while clearly united in one political aim summed up in the slogan, “Overthrow the Ch’ing and restore the Ming,” also had their core mystical elements and ceremonial rites.

They believed in, and taught, occult techniques to their members, among them the use of ‘magic amulets’ and numerology. J.S.M. Ward, an early twentieth century British expert on secret societies and bishop of an esoteric Christian community, concluded that, “the Hung or Triad Society seems justly entitled to claim that it is a lineal descendant of the Ancient Mysteries. Its signs are of primeval antiquity…” Bishop Ward published an exhaustive study of Triad practices, documenting the striking similarities to those of many other secret organisations.

At this point it is worth commenting on a strange connection between the secret societies of the Far East and Western esotericism. In the 1880s a young French aristocrat deserted the Foreign Legion in Indochina to join a network of secret societies, the T’ien-ti hui and the Bac Lieu. These Triads were of Chinese origin and viewed as Taoist societies. Count Albert de Pouvourville (1861–1940) thus described his membership in the Triads as a “Taoist initiation.” On his return to Paris, de Pouvourville became a successful writer and journalist, publishing under his Taoist initiate’s name Matgioi.

In his writings he condemned French colonial policy in Southeast Asia and explored Chinese and Vietnamese history. He also undertook important translations of Taoist texts. At the same time Albert de Pouvourville, the Taoist secret society initiate, joined the Gnostic Church in Paris and was consecrated a bishop with the spiritual name of Tau Simon. Around 1904 he launched the journal La Voie, and published Les Enseignements secrets de la Gnose (The Secret Teachings of Gnosis). Stanislas Guaita, another French writer and occultist, was strongly influenced by de Pouvourville, as was Rene Guenon who acknowledged him as “one of my Masters” in 1918. Through Count de Pouvourville, Guenon received a Taoist initiation and was led to write his own studies of the metaphysics of the Taoist tradition.

By the start of the twentieth century China’s secret society networks had grown into a considerable force. They had long experience of resistance to the imperial bureaucrats and could rely on the support of the peasants and the poor. Writing in 1908, a young Chinese radical living in exile in Paris noted how throughout the Chinese Empire there existed, “secret revolutionary associations whose importance in the history of China has been great and whose activity in the contemporary [revolutionary] movement is considerable.”

The hated Ch’ing dynasty continued on until 1911 when it was overthrown by Dr. Sun Yat Sen’s Republican Party, with the considerable aid of the Triads. A Triad member of long standing, Sun Yat Sen had made use of the secret society networks to recruit supporters, raise funds, and disseminate propaganda on behalf of the Republican cause. The 1911 Revolution fulfilled one of the Triad’s traditional aims – “Overthrow Ch’ing.” On a visit to the tombs of the Ming emperors, China’s first president declared that the Ch’ing had finally been dethroned.

Mao Zedong is known to have been a keen student of Chinese history particularly China’s numerous peasant uprisings. Mao studied the structure and role of secret societies in these tumultuous events, and used this knowledge in building the Chinese Communist Party and waging a successful guerrilla war against both the Japanese invaders and the right-wing forces of Chiang Kai-shek. In these struggles Chairman Mao appealed directly to the ‘revolutionary spirit’ of the secret societies, urging them to join the ant-Japanese resistance and work for the liberation of China.

This article has been republished with permission of New Dawn Magazine

Copyright © New Dawn If you appreciated this article, please consider a digital subscription to New Dawn.