A. Sutherland  - AncientPages.com - Jan Hus (1372 – 1415) was a controversial Czech thinker and reformer who took part in the Roman Catholic Council of Constance (1414–18). He was convicted of heresy and burned at stake.

Unfortunately, he was not the only one. The medieval Church struggled violently against rebels who criticized the doctrines of the Catholic Church. This institution had control over the state and the people, regardless of their status. 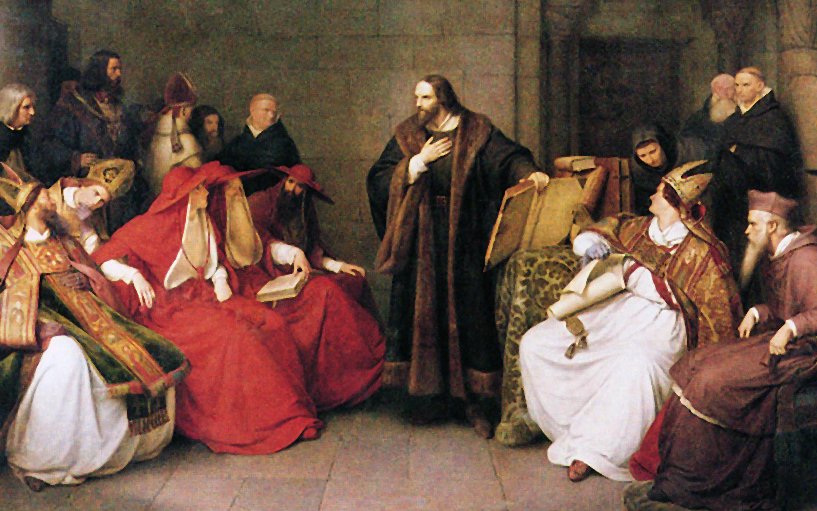 Jan Hus was among those Christians who – not only theoretically – but openly and publicly disagreed with the Church's teachings. He was a Czech farmer, who studied in Prague, became a master, dean, and finally rector at the University of Prague and the Bethlehem church.

Strongly influenced by the writings of an English scholastic philosopher and thinker, John Wycliffe (c.1329-1384), Hus attacked the priesthood of the world and the riches of the church. As his preaching was in the Czech language, it enjoyed great popularity, and he had many listeners and active supporters.

Hus was a brave man who did not hesitate to criticize the Church's different actions and abuses committed by the clergy, especially in the matter of granting indulgences (selling of indulgences).

Unlike the vast majority of preachers at the time, Hus was an advocate for women and feminism.

Hus stated that "Women were made in the image of God and should fear no man." He allowed women to preach and serve in battle. Later, since women were allowed to fight they played a critical role in the Hussite Wars. 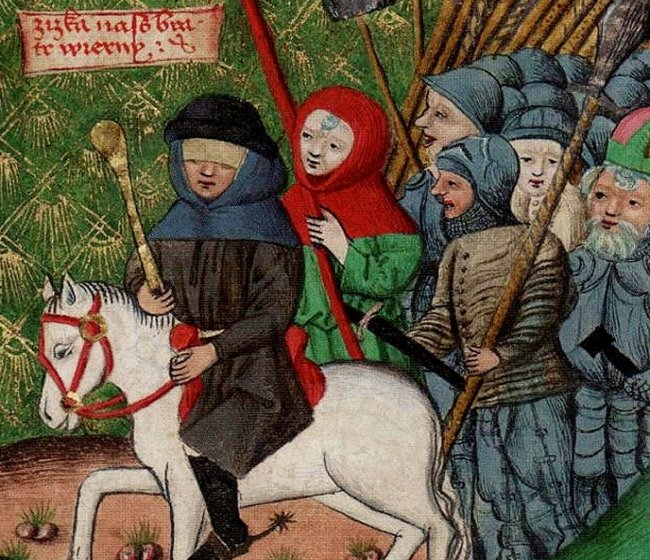 When the Council of Constance assembled in 1414, Hus was asked to be there. He was to officially present his religious reform views to church dignitaries gathered at the Council.

Emperor Sigismund of Luxembourg, the spiritual and military leader of several crusades, who reigned from l4l0 to 1437, officially guaranteed Hus’ safety at the meeting, or so it seemed. However, Emperor Sigismund was not worthy of Hus’ trust. He took part in the capture of the Czech precursor of Protestantism Jan Hus, as a result of which, he was tried and burned at stake.

Immediately after arriving in Constance, Germany on November 14, 1414, Hus was arrested, and in June 1415, he was brought before the court as a heretic.

Prince Wenceslaus Of Bohemia Murdered On Order Of His Own Brother

Saint George: Knight Warrior Who Refused To Denounce His Faith And Died A Martyrs Death

Anne Askew: Woman Of Great Courage, Strong Beliefs And Principles Who Was Arrested For Heresy, Imprisoned, Tortured And Burnt At The Stake

According to the Council, John Hus taught, asserted, and preached many errors and heresies of John Wycliffe, which have been condemned.

The prosecutors refused him the right to explain his views, and Hus declined to condemn his thirty theses from the De Ecclesia treatise from 1413, which was considered heretical, but by some, it was also admired.

Burning of Jan Hus at the stake at Council of Constance. Carl Gustaf Hellqvist (1851–1890). Public Domain

His teachings were erroneous, and others offensive to the ears of the devout, many of them were seditious, and some of them are notoriously heretical and have long ago been rejected and condemned by the church. The Council had to forbid them to be preached, taught or in any way approved.

Therefore, Hus had to be deposed and degraded from the order of the priesthood and from the other orders held by him. The council voted against him and sentenced him to death at stake.

On July 6, 1415, Hus was burned at stake for heresy against the doctrines of the Catholic Church. Burning at the stake of Jan Hus was a consequence of Hus’ open speech against the Church.

Execution of this brave man sparked anger and revolts and led to the Hussite Wars of 1419–1434. To this day, Hus is considered the national hero of the Czech Republic. When in 1,119 Sigismund I of Luxembourg inherited the Czech crown from his brother, a long and fierce war broke out because the Hussite blamed the emperor for the death of his spiritual leader.

The Hussites were a powerful pre-Protestant Christian movement, and Sigismund I of Luxembourg was forced together with the Church to negotiate with the Hussites. The settlement between the parties concerned was crowned in 1435, in which the Catholic Church officially allowed Bohemia to practice its own version of Christianity (Hussitism).

For the first time in history, the Catholic Church caused to coexist in harmony two faiths on a territory it controlled. Hussitism foreshadowed the European Reformation and became a step forward for religious freedom.