Conny Waters - AncientPages.com - An underground city partly submerged underwater and estimated to be around 5,000 years old was discovered by municipality crews trying to determine the cause of flooding in several houses in the Avanos district of Turkey's central Nevşehir province, located at the heart of the historic Cappadocia region, reports Daily Sabah. 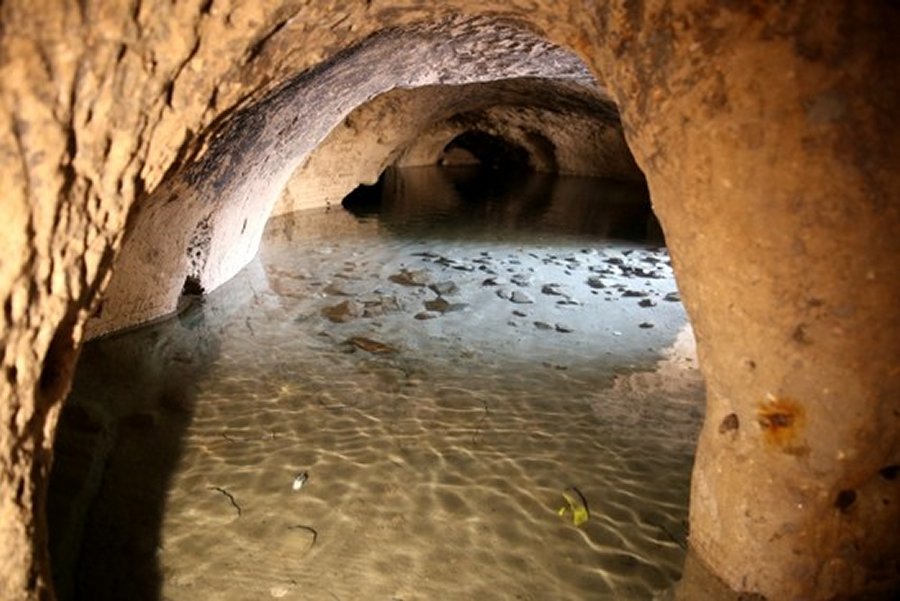 Owners of some 15 houses in the Çalış township of Avanos, which is inhabited by 2,200 people, informed the local municipality that their houses were filling up with water and they could not figure out why or where the water was coming from.

While working with discharging water from the homes, the crews found an underground city partially covered in clear water, which had caused the flooding, and saw that the houses were situated right on top of the flooded city's rooms and tunnels.

Initial examinations revealed that the underground city had three floors and comprised of homes, tunnels and places of worship stretching for five kilometers, in addition to a small human figurine believed to be an icon.

The parts of the underground city closer to the surface was being used by locals as an animal shelter until the beginning of the 20th century but later abandoned by them. Alaaddin Sarıtaş, a local from Çalış, told Demirören News Agency that the underground city was actually rediscovered 25 years ago when a child fell inside the tunnel but its entrances were later covered with soil to prevent further accidents. 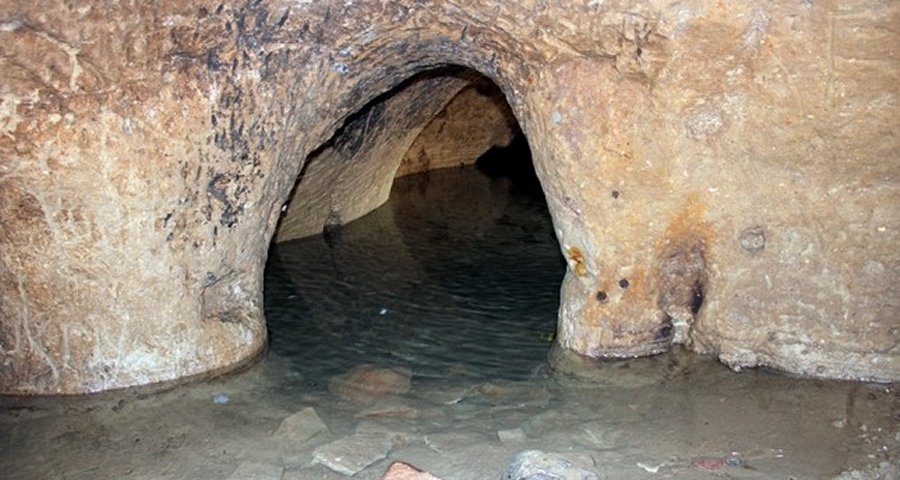 Local tales referred to the underground city as Gir-Gör, which translates into English as "Enter and See."

The mayor of Çalış Kazım Yılmaz told Anadolu Agency that the underground city covers some 1.2 million square meters. "Those who had been there in the past say it is some 600 meters by 2 kilometers in size," he said, adding that technical analysis by archaeologists is needed to reveal its origins and exact dimensions.

It is impossible to clear the rubble and empty the water through municipality means, Yılmaz said, adding that they will apply to the cultural property protection board for the site to be registered as a historical site and ask for the Ministry of Culture's help to open the underground city to tourism.

The mayor noted that the ground level of the underground city was full of soil that came through the main entrance, and about two meters in length.

Yılmaz added that there were two other sites near the township, which are believed to be large underground cities.