Conny Waters - AncientPages.com - Now, researchers say that it was climate change, not Genghis Khan, that was the ultimate cause for the demise of Central Asia's forgotten river civilizations.

The long-held view was that the destruction of Central Asia's medieval river civilizations was a direct result of the Mongol invasion in the early 13th century CE.

A new study challenges this view. 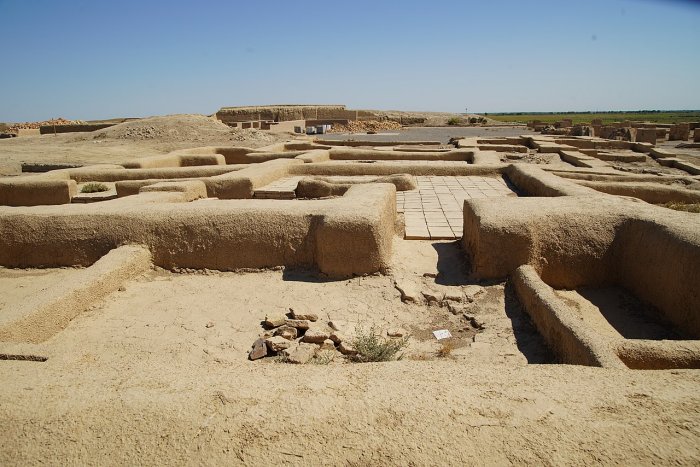 Before the Mongol invasion - one of the largest cities in Central Asia. source

The Aral Sea basin in Central Asia and the major rivers flowing through the region were once home to advanced river civilizations that used floodwater irrigation to farm. Later, the region declined and it is attributed to the devastating Mongol invasion of the early 13th century, but new research of long-term river dynamics and ancient irrigation networks shows the changing climate and dryer conditions may have been the real cause.

Researchers led by the University of Lincoln, UK, reconstructed the effects of climate change on floodwater farming in the region and found that decreasing river flow was equally, if not more, important for the abandonment of these previously flourishing city-states.

"Our research shows that it was climate change, not Genghis Khan, that was the ultimate cause for the demise of Central Asia's forgotten river civilizations," said Mark Macklin, author and Distinguished Professor of River Systems and Global Change, and Director of the Lincoln Centre for Water and Planetary Health at the University of Lincoln. 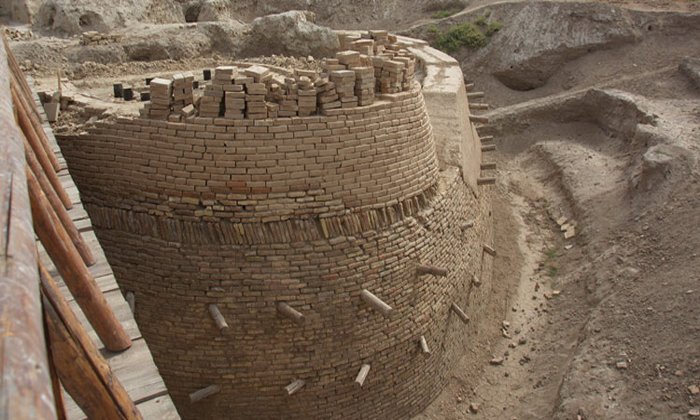 The first settlements in the place of the city appeared in the VIII century. The city was developing rapidly since it situated on one of the main branches of the Great Silk Road. By the XII century it already became a large trade center of crafts and art with palaces, caravansaries and cities blocks. source

"We found that Central Asia recovered quickly following Arab invasions in the 7th and 8th centuries CE because of favorable wet conditions. But prolonged drought during and following the later Mongol destruction reduced the resilience of local population and prevented the re-establishment of large-scale irrigation-based agriculture."

The research focused on the archaeological sites and irrigation canals of the Otrar oasis that was once a Silk Road trade hub located at the meeting point of the Syr Darya and Arys rivers in the present southern Kazakhstan. The center of that ancient oasis was the city of Otrar (Farab) and for centuries, the caravans of the Great Silk Road going from China to Europe had been crossing it.

Unfortunately only its settlement has survived to this day. Here, a 2,000-year history haunts you at every step.   With the siege of this city, Genghis Khan began his military campaign in Central Asia, and here Tamerlane died in 1405.

The researchers investigated the region to determine when the irrigation canals were abandoned and studied the past dynamics of the Arys river, whose waters fed the canals. The abandonment of irrigation systems matches a phase of riverbed erosion between the 10th and 14th century CE, that coincided with a dry period with low river flows, rather than corresponding with the Mongol invasions that took place during the 13th and 14th centuries, creating history's largest contiguous empire Mongol Empire which by 1300 covered large parts of Eurasia.

The Mongol devastation is considered one of the deadliest episodes in history.