AncientPages.com - A recently launched project that is performing CAT scans on the remains of Pompeii victims contained within plaster casts has revealed that good health was widespread among people of the ancient city.

“For sure, they ate better than we did,” orthodontist Elisa Vanacore said during a press conference in Pompeii on Tuesday, after analyzing some of the initial results.

“They have really good teeth – they ate a diet that contained few sugars, and was high in fruit and vegetables,” she added, perhaps busting the image of Romans as decadent banquet-loving individuals who loved nothing more than a good binge and visit to the vomitorium. 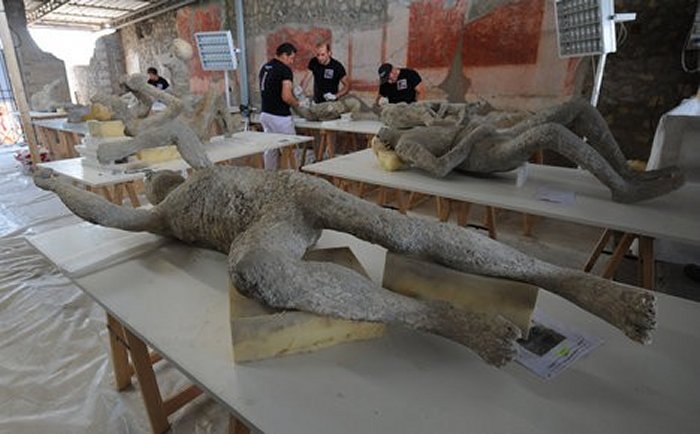 A new project is performing CAT scans on the plaster casts of the victims of Pompeii. Photo: Mario Caporta/AFP

“The initial results also show the high levels of fluorine that are present in the air and water here, near the volcano,” Vanacore continued, accounting for the excellent dental records discovered so far.

But these are just the initial results of a project that is seeking to pass 86 plaster casts containing the petrified corpses through a modern CAT scan machine in order gain an insight into the human remains.

The archaeological superintendent of Pompeii, Massimo Osanna, was quick to underscore the importance of the interdisciplinary project, which will see archaeologists working alongside computer engineers, radiologists and orthodontists. 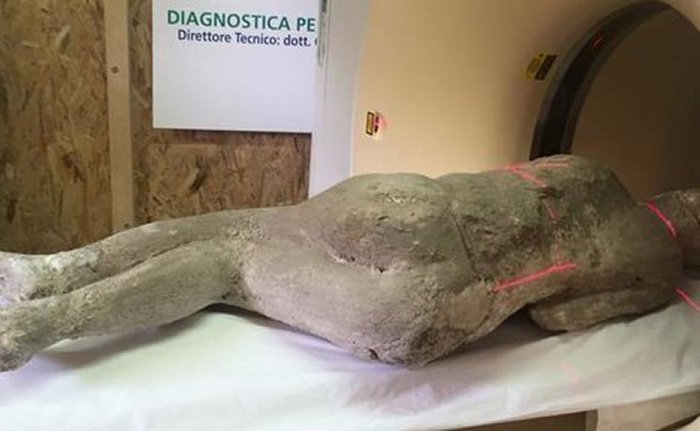 Photo: The Archaeological Site of Pompeii

“It will reveal much about the victims: their age, sex, what they ate, what diseases they had and what class of society they belonged to. This will be a great step forward in our knowledge of antiquity.”

The technique of plaster casting the petrified victims was first invented in 1886 by Italian archaeologist Giuseppe Fiorelli, and was a way of moving victims that were found at the site and preserving their remains from disintegration. 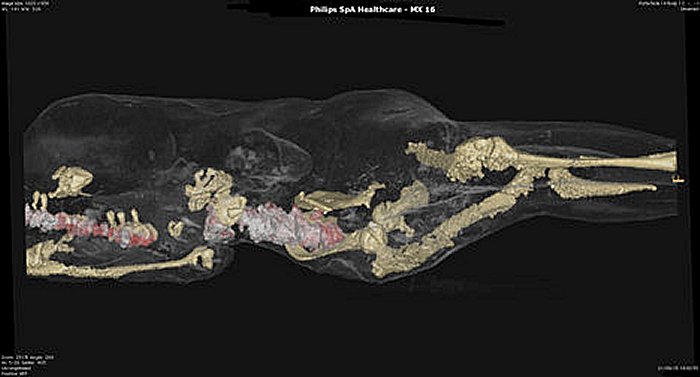 Photo: The Archaeological Site of Pompeii

However, while casting allowed archaeologists to perfectly record the external details on each corpse, including facial expressions and clothing, it stopped them from being able to thoroughly analyze the organic materials like teeth and bone inside - until now. 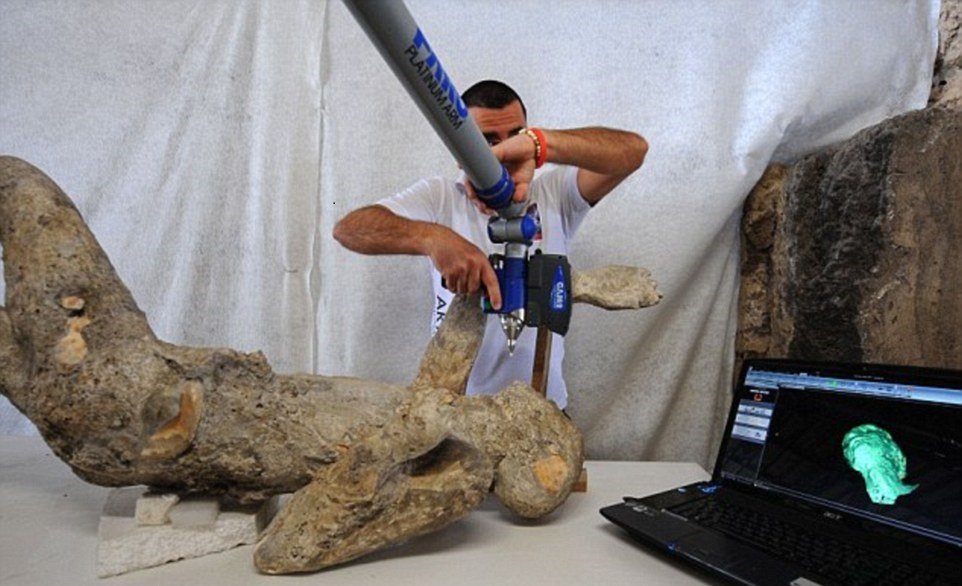 Handheld scanners determined the features and positions of the bodies beneath the casts (pictured), especially those that are too fragile to fit inside the scanners. The scans are taken to prevent the restorers from accidentally damaging the remains. AFP/Getty Images

Unfortunately, the machine only allows casts of a 70cm diameter to enter – so parts of the more portly residents of Pompeii will remain a mystery – although their heads and chests will be scanned as much as possible.

More of the casts were placed on stretchers and taken to be scanned. It wasn't just the men, women and children of the ancient city either.

Casts exist of animals like pigs and dogs, all of which were perfectly preserved at the moment of their death when red hot flow of volcanic ash slammed from Mount Vesuvius into the city in AD 79, burying it for the next 1800 years.

via The Local Italy