Ellen Lloyd -  AncientPages.com - Do you dare to enter through the gateway to hell? At the Phrygian city of Hierapolis in southwestern Turkey, there is a sacred ancient site dedicated to Pluto, the Roman God of the underworld. The site’s name is Plutonium and the place is also known as Pluto’s Gate.

Deadly vapors still emerge from Pluto’s Gate that in ancient times was considered a gateway to hell. Mentioned by several ancient writers such as Roman statesman Cicero and the Greek geographer Strabo, Plutonium was long treated as nothing but an ancient myth, but scientists have been able to confirm these ancient stories are based on real events that our ancestors witnessed.

"This space is full of a vapor so misty and dense that one can scarcely see the ground. Any animal that passes inside meets instant death," the Greek geographer Strabo (64/63 BC -- about 24 A.D.) wrote. "I threw in sparrows and they immediately breathed their last and fell." 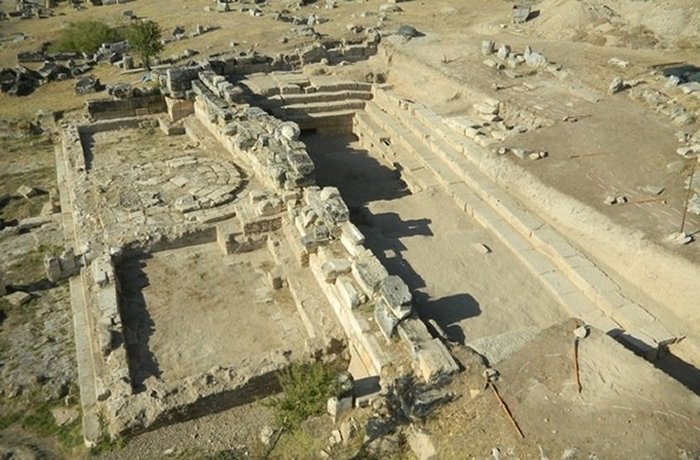 Some archaeologists have suspected this particular gateway to hell existed somewhere amid the ancient ruins at Hierapolis, but had been unable to find its exact location. Today, Greco-Roman mythology experts now agree, Strabo and other writers were right – the Pluto’s gate is real and still dangerous.

A while back, archaeologist and professor of classic archaeology at the University of Salento Francesco D’Andria and his team discovered a small cave in the ancient site of the Phrygian city Hierapolis, which is now Pamukkale. Soon, researchers determined the cave and announced they had find Pluto’s Gate.

Legendary Furies – Angry And Monstrous Women Of The Underworld

More Fascinating Myths And Legends From All Across The World

"We found the Plutonium by reconstructing the route of a thermal spring. Indeed, Pamukkale' springs, which produce the famous white travertine terraces originate from this cave. We could see the cave’s lethal properties during the excavation. Several birds died as they tried to get close to the warm opening, instantly killed by the carbon dioxide fumes, " D’Andria said. 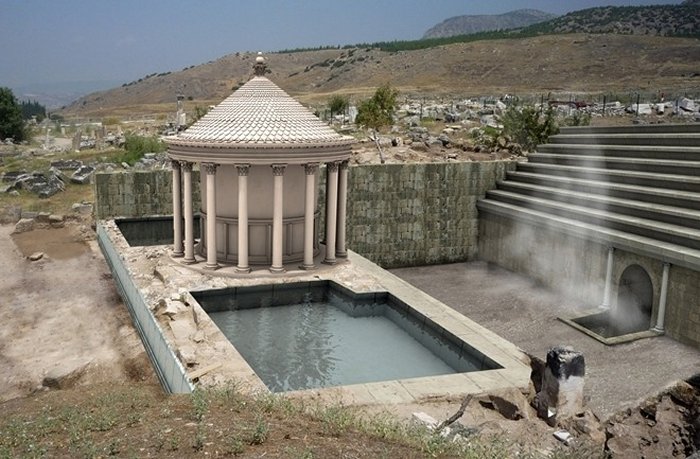 It is correct that deadly gasses still emerge from what ancient people called Pluto’s gate, but the cave is a natural phenomenon, and similar “openings in the earth’s crust” can be found elsewhere.

These are “mephitic” gasses named for the ancient Samnite goddess, Mephiti and undoubtedly we find the coolest, a modern day hell gate in Turkmenistan.

The giant Darvaza crater, nicknamed Door to Hell has been on fire when geologists accidentally opened it while looking for natural gas.

The Oracle at Delphi, near the Temple of Apollo is associated with Pythia, the sanctuary’s priestess who was seated in a state of trance, speaking on the behalf of the gods delivering her prophecies and advised rulers, citizens and philosophers on everything from their sex lives to affairs of state.

One aspect of the ancient Oracle at Delphi which has fascinated scholars, scientists and laymen alike, is the nature and cause of the trance state attained by Pythia.

Was Pythia a fake or was she under influence of something? Numerous classical authors report that natural phenomena played an essential part in one of their most sacred religious rituals: the oracle at Delphi. 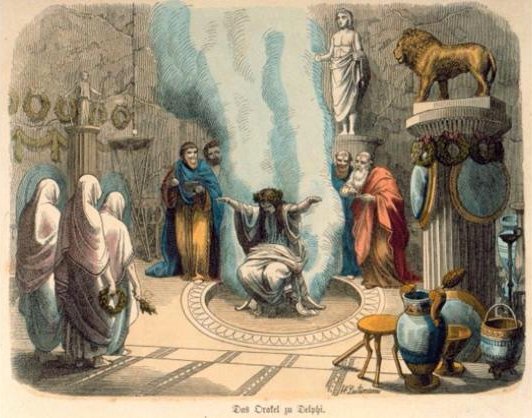 Once again, many years later it became evident that ancient writers were telling the truth. Scientists discovered the existence of the crossed fault lines and the presence of an intoxicating gas called ethylene in the rocks below the ancient temple.

The presence of hydrocarbon gases can induce a narcotic state similar to that recorded from the trance state of Pythia.

So basically, it would mean Pythia was on drugs when she delivered the messages from the gods.

Perhaps we tend to dismiss ancient stories too fast labelling them as myths. Proper scientific investigations can shed more light on what events really took place in the past.