Jan Bartek - AncientPages.com - An intriguing gold coin has been found on Newfoundland’s south coast. The object is of great interest because it may be the oldest coin ever found in Canada. Scientists are puzzled because it is unknown how the old coin got to Newfoundland.

Edward Hynes found the coin during the summer of 2022 and reported it to the Provincial Government as required under the Historic Resources Act. 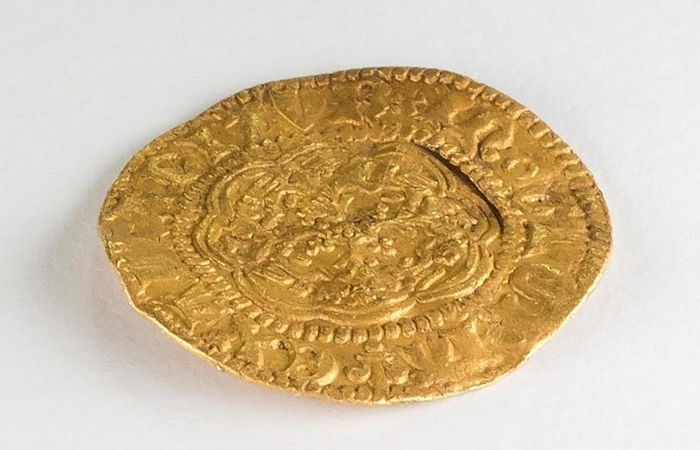 Consultation with Paul Berry, former curator of the Bank of Canada’s Currency Museum, indicates the coin is a Henry VI quarter noble minted in London between 1422 and 1427. The coin would have been a sizeable amount of money in the 1400s, valued at 1 shilling 8 pence.

In 2021, a silver coin minted in the 1490s was found at Cupids Cove Plantation Provincial Historic Site. At that time, it was considered the oldest English coin ever found in Canada.

Exactly how the gold quarter noble coin made its way to Newfoundland and Labrador is a mystery; however, Mr. Berry says the coin was probably not in circulation when it was lost.

Scientists must now solve an intriguing puzzle. The coin is 600 years old, predating the first documented European contact with North America since the Vikings.

Research on the coin is continuing, and further work on the site where it was found may be conducted in the future.

The coin was produced nearly 70 years before John Cabot landed on the shores of Newfoundland in 1497 after sailing from the English port of Bristol. This may initially seem important, but researchers say the age of the coin does not mean that someone from Europe was on the island before Cabot. For example, this coin may be part of the collection of a later settler.

Both sides of the coin. A Henry VI quarter noble, minted in London between 1422 and 1427. Image credit: Canada Tourism, Culture, Arts and Recreation

How the coin got to Newfoundland is a mystery, as Europeans wouldn't be able to reach the Newfoundland shores until 1497.

The researchers say this coin was highly valuable in the 1400s and is unlikely to have been in circulation when lost.

The fact Hynes reported his archaeological discovery to the authorities has been highlighted, and more should follow his example when discovering a precious ancient object.

“I commend Mr. Hynes for recognizing the importance of protecting Newfoundland and Labrador’s heritage resources by reporting his discovery of this very rare artifact, and I encourage others to follow his example. These types of artifacts help us understand and appreciate the history of our province, and provide context for those who visit Newfoundland and Labrador from around the world,” Honourable Steve Crocker Minister of Tourism, Culture, Arts and Recreation said.