Ellen Lloyd - AncientPages.com - According to some ancient beliefs, people born under certain hours, known as chime hours, are gifted with unique abilities, like seeing beyond the visible realm.

Stories of chime hours are known in many European countries, and there are various myths about these unusually gifted individuals who can be feared or admired. 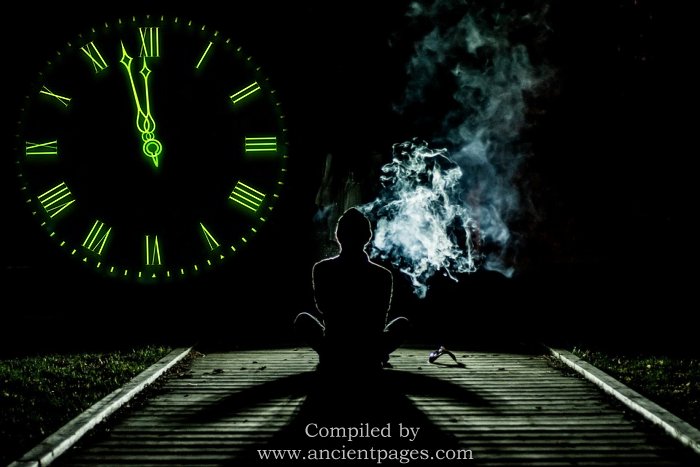 When precisely the chime hours occur is unclear. In one of his books, Charles Dickens wrote the only true chime hour is midnight. This belief is widespread in several parts of England but far from all. In East England and Somerset, one can learn that chime hours occur thrice in 24 hours. This is because chime hours are connected with the chiming of church bells. So, you can experience chime hours during monastic prayers at eight PM., midnight and four AM.

Legends of chime hours are not limited to the United Kingdom. People in Denmark, Ireland, Scotland, and even as far back as China are familiar with strange tales of mysterious people who were allegedly born with unusual gifts during chime hours. In Scotland, for example, it is believed that chime children are born with second sight, and they can foresee another person's death long before it occurs.

The term "chime child" was coined by folklorist Ruth Tongue (1898-1981), who claimed to be a chime child herself.

It's well-known that humans tend to fear anything or anyone different, and those who were born within the chime hours have often been accused of witchcraft.

The midnight hour has been a frightening time for people throughout history. It's an ancient belief that something horrible can happen close to midnight.

"High noon may be a time of reckoning, but the midnight hour is the time of darkness, of dread, of fright, of fear, and of terror. Strange things happen when the hands of the clock reach up to mark twelve. They symbolically surrender to "the chimes at midnight," to "the powers of darkness."

In the Bible, midnight stands for deliverance. The people of Israel were delivered from bondage in Egypt at midnight (Exodus 12). Christians associate "the midnight hour" with spiritual deliverance (Matthew 25:96). In popular culture, midnight is the temporal gateway for ghosts and devils that will run riot at the summit of the Brocken, the magic mountain in the Hartz Mountain Range of Germany, the original "Night on Bald Mountain," Walpurgisnacht, the Witches' Sabbath." 1

It's only natural that due to ancient superstitions, chimed people were avoided and often poorly treated by their neighbors, friends, and sometimes even family members. 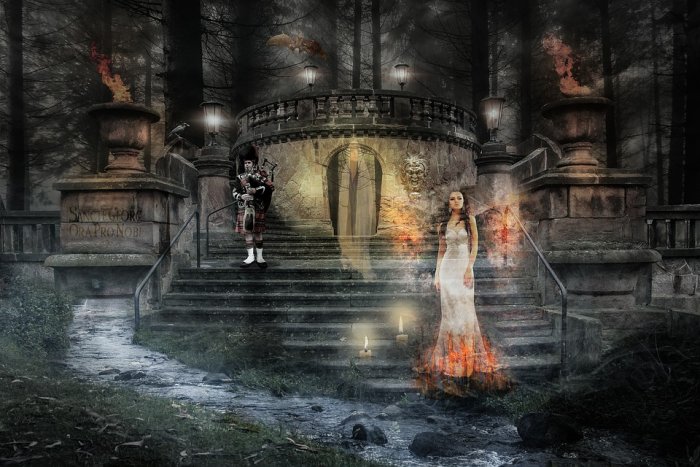 Since the midnight hour is often associated with ghosts, chimed people were credited with the ability to see beyond the visible realm and detect ghosts and spirits, for example.

It was said that children born at the chime hours possessed the gift of seeing much that is "hidden from other." 2

These extraordinary were credited with unusual healing abilities. They could communicate with animals, plants, spirits, and fairies. According to Tongue, who attempted to compile a list of all abilities of the chime children, these individuals are also immune to all ill-wishing.

Because of their ability to control all animals without ever getting hurt, chime people who love animals often become herdsmen or veterinary surgeons.

How much truth there is to these stories is naturally hard to determine, but legends of the chime hours are still alive in many countries where folklore tales of these unusual individuals are retold.

One shouldn't forget humans have always been suspicious of anything or anyone different. In modern times there are many stories of the so-called black-eyed people who are considered evil. In ancient times, those with unusual abilities were considered wicked beings who were a danger to the community, and fear of the chime persists until today.