AncientPages.com - On August 23, 1305, great Scottish hero William Wallace was hanged, drawn, and cut into pieces. It was a traitor's death.

On this day, William Wallace was tried in Westminster Hall; a list of his crimes, including murder and treason, was read out. The verdict and the punishment were decided before the trial began. Wallace denied that he was guilty of treason - he had never sworn allegiance to Edward. 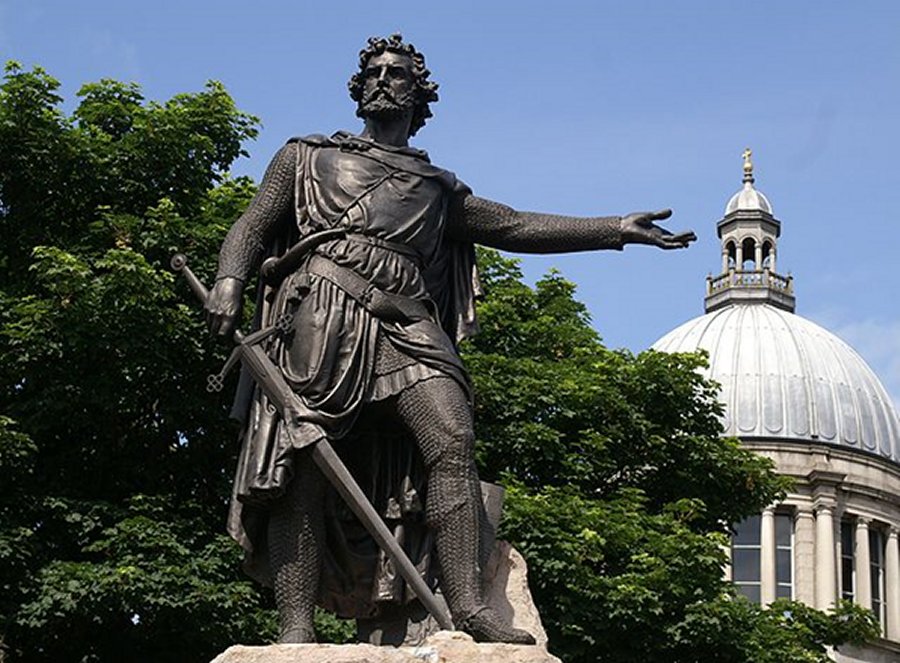 William Wallace had become King Edward I. Edward's hated enemy, putting a price on his head and ordering the Scots nobles to deliver Wallace to him.
In 1299 Wallace left Scotland and sailed to France on a diplomatic mission to the French King Philip the Fair. Scotland needed allies, and Wallace called on Philip to honor his treaty with the Scots. Philip gave Wallace a letter of introduction to Pope Boniface VII. John Balliol had been handed over to the Pope by Edward I.

Wallace hoped to see the King of Scots restored to his throne, but it was not to be. The Pope released Balliol into the protection of the French king, but he never returned to Scotland. 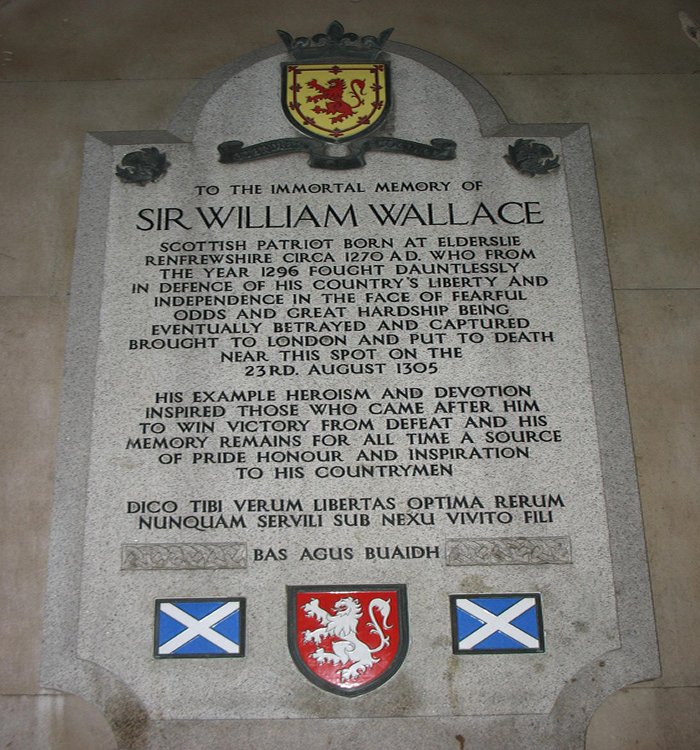 Wallace sailed back to Scotland and is thought to have joined Sir John Comyn and Sir Simon Fraser as they defeated three English armies in a single day at the Battle of Rosslyn on February 24, 1303.
On August 3, 1305, Wallace was captured in Robroyston, north of Glasgow. From Dumbarton Castle, the captive Wallace was taken south to Carlisle, then paraded, bound hand and foot, to London.

William Wallace was strapped to a wooden hurdle. He was disemboweled before his head was hacked off, and his body was cut into pieces. He was dragged through the streets to the Elms at Smithfield. He was hanged from a gallows but cut down while he still lived.

The quarters of Wallace's body were sent to Berwick, Newcastle upon Tyne, Stirling, and Perth to show the price of treason. Wallace's head was spiked above London Bridge. Edward thought this humiliating death would end the matter - that Wallace would be forgotten.

Edward was wrong. The common folk of Scotland told tales of Wallace. They recalled his deeds to their children and their children's children.

Finally, around 1470, a poet named Blind Harry wrote down the story of William Wallace.