AncientPages.com - To A Viking a sword was much more than a deadly weapon. It was a symbol of power and it was believed that Vikings believed a man and his sword were bound together. The sword gave power to the warrior, but warrior's strength could also be transferred to the sword.

Still, swords were very expensive and not many Viking warriors could afford one. So, every report of a discovered Viking sword is a great archaeological news.

While excavating in Turkey’s ancient Mediterranean city of Patara, archaeologists announce they have unearthed an artifact that is undoubtedly a Viking sword.

The Viking sword is estimated to date back to the ninth or 10th century or was most likely used by a soldier who was a member of the Varangian Guard.

The Varangian Guard represented the elite heavy infantry regiment of the Roman ('Byzantine') Empire from AD 988 AD to around 1404 AD. They were Vikings for hire, who successfully conquered territories across the Empire. They fought in Crete, Italy and in Asia Minor. The Varangians (‘in Old Norse 'væringi' 'sworn companion'), were foreigners who became members of the imperial body guard.

Recruits were drawn mainly from Scandinavia but after 1066, there were also the Anglo-Saxons among the Varangians. 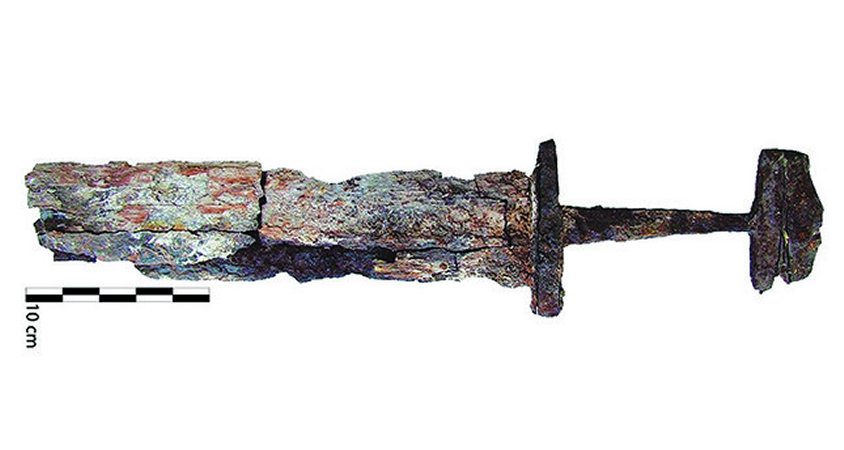 Yet, it’s certainly not often that scientists find Viking swords in this region.

“Until today, one Viking sword that was discovered during the excavation works carried around Yumuktepe (district) of Muğla (province) was the only material culture remnant that indicated the existence of Vikings in Anatolia.

Why Did Vikings Carry Decorative Swords That Were Useless In Combat?

The characteristics of the knob, tang and crossguard can be evaluated within the group of swords that was described by Jan Petersen as 'K type' or 'O Type', Feyzullah Şahin, a classical archaeology professor at Akdeniz University said.

The preserved total length of the discovered Viking sword is 43.2 centimeters, but it’s unclear how the weapon ended up in Patara that was one of ancient Lycia's major naval and trading ports.

As Daily Sabbah reports, “Patara's oracle at the renowned temple of Apollo (not discovered yet) was said to rival that of Delphi and the temple equaled the reputation of the famous temple on the island of Delos. It was believed that Apollo lived on Delos during summer but spent the winters in Patara.

The city surrendered to Alexander the Great in 333 B.C. During the Hellenistic Period, the Lycian Council Building was built. It is regarded as a symbol of democracy in Lycia and a sign of its ancient glory.

The Roman general Brutus captured Patara in 42 B.C. The Lycian settlement was then annexed by Emperor Claudius and turned into a magnificent Roman site with mesmerizing beaches along the Mediterranean Sea.”

The logical assumption is that the discovered sword belonged to a Viking soldier during the sea warfare of the East Roman Empire.