Jan Bartek - AncientPages.com - Excavating ancient DNA from teeth, an international group of scientists peered into the lives of a once thriving medieval Ashkenazi Jewish community in Erfurt, Germany. The findings in the Journal Cell show that the Erfurt Jewish community was more genetically diverse than modern-day Ashkenazi Jews.

About half of Jews today are identified as Ashkenazi, meaning that they originate from Jews living in Central or Eastern Europe. The term was initially used to define a distinct cultural group of Jews who settled in the 10th century in Germany's Rhineland. Despite much speculation, many gaps exist in our understanding of their origins and demographic upheavals during the second millennium. 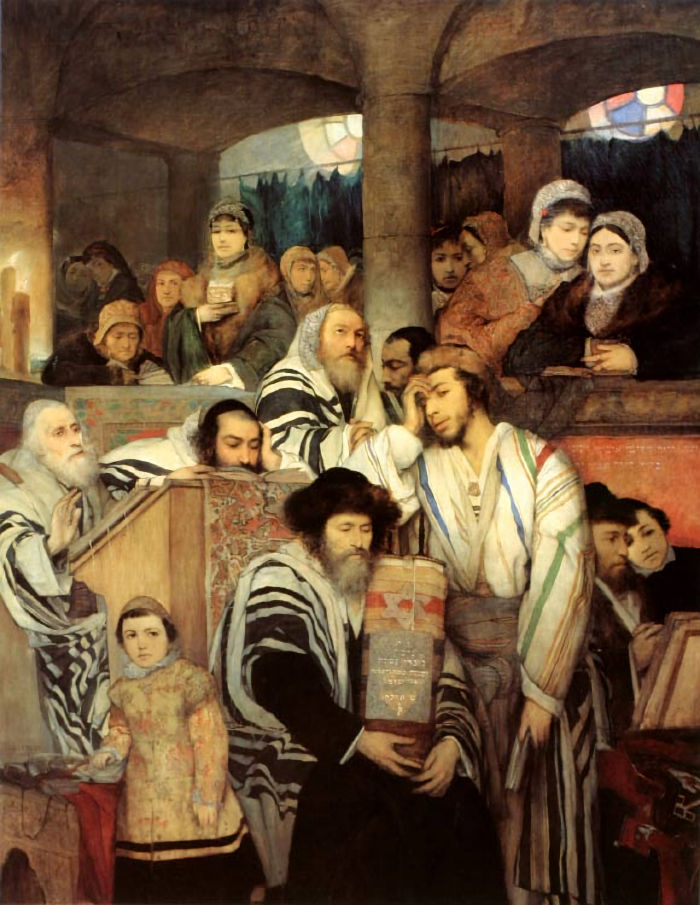 "Today, if you compare Ashkenazi Jews from the United States and Israel, they're very similar genetically, almost like the same population regardless of where they live," shared geneticist and co-author Professor Shai Carmi of the Hebrew University of Jerusalem (HU). But unlike today's genetic uniformity, it turns out that the community was more diverse 600 years ago.

Digging into the ancient DNA of 33 Ashkenazi Jews from medieval Erfurt, the team discovered that the community can be categorized into what seems like two groups. One relates more to individuals from Middle Eastern populations and the other to European populations, possibly including migrants to Erfurt from the East. The findings suggest that there were at least two genetically distinct groups in medieval Erfurt. However, that genetic variability no longer exists in modern Ashkenazi Jews.

The Erfurt medieval Jewish community existed between the 11th and 15th centuries, with a short gap following a 1349 massacre. At times, it was a thriving community and one of the largest in Germany. Following the expulsion of all Jews in 1454, the city built a granary on top of the Jewish cemetery. In 2013, when the granary stood empty, the city permitted its conversion into a parking lot. This required additional construction and an archaeological rescue excavation.

"Our goal was to fill the gaps in our understanding of Ashkenazi Jewish early history through ancient DNA data," explained Carmi. While ancient DNA data is a powerful tool to infer historical demographics, ancient Jewish DNA data is hard to come by, as Jewish law prohibits the disturbance of the dead in most circumstances. With the approval of the local Jewish community in Germany, the research team collected detached teeth from remains found in a 14th-century Jewish cemetery in Erfurt that underwent a rescue excavation.

The researchers also discovered that the founder event, which makes all Ashkenazi Jews today descendants of a small population, happened before the 14th century. For example, teasing through mitochondrial DNA, genetic materials we inherit from our mothers, they discovered that a third of the sampled Erfurt individuals share one specific sequence. The findings indicate that the early Ashkenazi Jewish population was so small that a third of Erfurt individuals descended from a single woman through their maternal lines.

At least eight of the Erfurt individuals also carried disease-causing genetic mutations common in modern-day Ashkenazi Jews but rare in other populations—a hallmark of the Ashkenazi Jewish founder event.

"Jews in Europe were a religious minority that was socially segregated, and they experienced periodic persecution," described co-author Harvard University. Although antisemitic violence virtually wiped-out Erfurt's Jewish community in 1349, Jews returned five years later and flourished into one of the largest in Germany. "Our work gives us direct insight into the structure of this community."

The team believes the current study helps to establish an ethical basis for studies of ancient Jewish DNA. Many questions remain unanswered, such as how medieval Ashkenazi Jewish communities became genetically differentiated, how early Ashkenazi Jews related to Sephardi Jews, and how modern Jews relate to ones from ancient Judea.

While this is the largest ancient Jewish DNA study so far, it is limited to one cemetery and one period of time. Nevertheless, it was able to detect previously unknown genetic subgroups in medieval Ashkenazi Jews. The researchers hope that their study will pave the way for future analyses of samples from other sites, including those from antiquity, to continue unraveling the complexities of Jewish history.

"This work also provides a template for how a co-analysis of modern and ancient DNA data can shed light on the past," concluded Reich. "Studies like this hold great promise not only for understanding Jewish history, but also that of any population."

The research team, of over 30 scientists, included HU's Shamam Waldman, a doctoral student in Carmi's group, who performed most of the data analysis.

The study was published in Cell