Conny Waters - AncientPages.com - One day more than 3,000 years ago, someone lost a shoe at the place we today call Langfonne in the Jotunheimen mountains. The shoe is 28 cm long, which roughly corresponds to a modern size 36 or 37. The owner probably considered the shoe to be lost for good, but on 17 September 2007 it was found again—virtually intact.

Sometime around 2000 BCE, a red-wing thrush died at Skirådalskollen in the Dovrefjell mountain range. Its small body quickly became buried under an ice patch. Upon emerging again 4,000 years later, its internal organs are still intact. 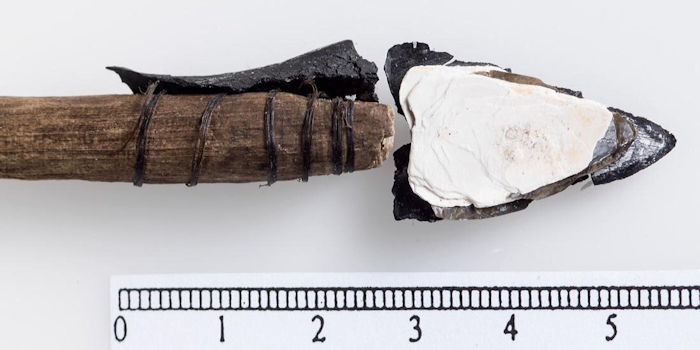 Exceptionally well-preserved arrows from the Bronze Age have melted out of the Løpesfonna ice patch in Oppdal municipality in central Norway. They have intact lashing and projectiles made from shells. Credit: Åge Hojem, NTNU University Museum

In recent years, hundreds of such discoveries have been made in ice patches, revealing traces of hunting, trapping, traffic, animals and plant life—small, frozen moments of the past.

Norway has soil that is consistently quite acidic, which means that organic material from the past is poorly preserved in the soil. Glaciers often move—and crush—what they hide below the surface. Ice patches, on the other hand, are relatively stable and therefore create exceptional conditions for preserving organic material.

"Objects and remains of animals and human activity have been found that we didn't even know existed. They include everything from horse tack and clothing to arrows with tips made of shells, wooden shafts and feathers. Not a year goes by without surprising finds that shift the boundaries of our understanding," says Birgitte Skar, an archaeologist and associate professor at the NTNU University Museum. She is one of the researchers behind a new report that summarizes the state of knowledge in Norway's glacial archaeology.

The report describes a variety of fabulous findings but also paints a gloomy picture.

Only a few ice patches containing potential discoveries have been investigated systematically over time, and they have hardly been studied at all in northern Norway. 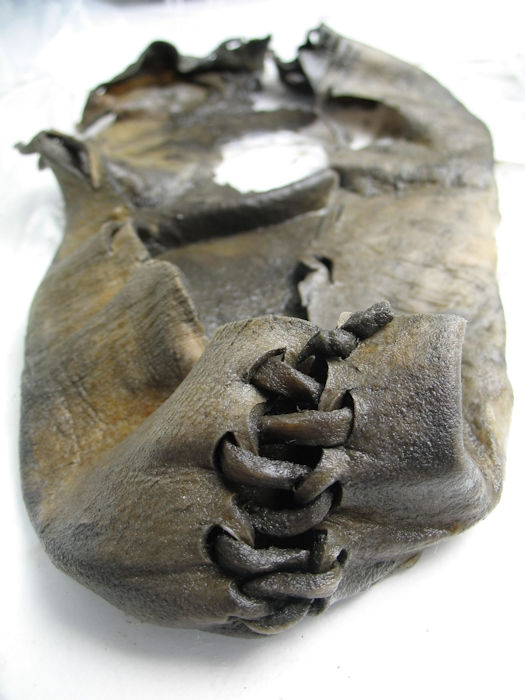 Short-term financing results in a lack of continuity in monitoring and securing artifacts from the ice patches. Some research has been done on finds, but it barely scratches the surface. All the while, all this knowledge is melting away at record speed.

The most recent surveys from the Norwegian Water Resources and Energy Directorate (NVE) show that 364 square kilometers of Norwegian snow patches and glaciers have melted away since 2006.

"A survey based on satellite images taken in 2020 shows that more than 40 percent of 10 selected ice patches with known finds have melted away. These figures suggest a significant threat for preserving discoveries from the ice, not to mention the ice as a climate archive," says Skar.

"The time is ripe for establishing a national monitoring program using remote sensing and systematically securing archaeological finds and biological remains from ice patches. We should also use this program to collect glaciological data from different parts of the country, since the ice patches can provide detailed data on how the climate has evolved over the last 7500 years," she said.

The oldest find that has emerged from the ice in Norway is a 6,100-year-old arrow shaft. Like the shoe, it was also found at Langfonne in the Jotunheimen mountain range.

Finds from here and several other places indicate that these areas were in continuous use as hunting grounds for as long as the ice has been there. This means that they offer an unparalleled archaeological source of information.

"We're beginning to assess whether the ice in some places might have survived the warm period following the last ice age, which would mean that the bottom layer of the ice could be remnants from the ice sheet from that period. This possibility offers unprecedented opportunities to trace climate history and activity on these hunting grounds even further back in time," Skar says.

"We have to remember that the oldest population group in Norway descended from reindeer hunters who hunted in Northern Europe and Southern Scandinavia close to the edge of the ice sheet, in the later part of the ice age. In other words, these are people who would have known how to hunt large cloven-hoofed animals and would understand the animals' behavior patterns," Skar adds.

Reindeer seek out ice patches during hot and buggy summer weather, and the Sami population has also used these areas for a wide range of purposes, including calf marking, milking and separating the animals. However, the Sami use of inland ice has hardly been surveyed.

"The Sami uses would probably expand the known range of uses and significance of the snow patches. Obtaining information from these tradition bearers is urgent," says Skar.

Human activity through the millennia are not the only stories revealed by the ice patch finds. Animal and plant remains also provide new insights into the ice as an ecosystem, such as reindeer bones from 4200 years ago that still contain intact bone marrow, as well as several whole mummified mammals and birds.

According to Jørgen Rosvold, the findings are often very well preserved and can provide genetic information about several species far back in time. They can show how species have responded to climate change and human disturbances in the past. 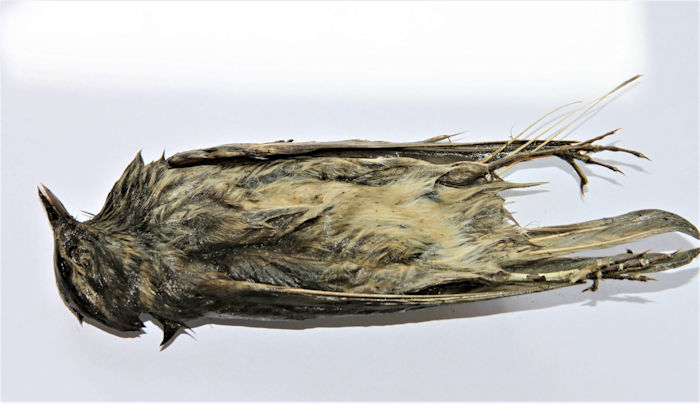 Rosvold was also involved in the report. He is a biologist and assistant research director at the Norwegian Institute for Nature Research (NINA). He explains that ice is one of the world's least studied and understood ecosystems, so that we know very little about ice as a habitat.

"Our finds show that the ice in the mountains has provided important habitats for many mountain species for thousands of years through to the present day. The fauna finds also provide background information for the archaeological finds, for example by showing which species people might have hunted on the snow patches," says Rosvold.

"We used to think of the ice as desolate and lifeless and therefore not very important. That's changing now, but it's urgent. Large amounts of unique material are melting out and disappearing forever. Finds can provide important information about the history of both people and nature," he said.