AncientPages.com - On August 2, 1798, Nelson won one of the greatest victories of the British admiral Horatio Nelson. It was fought between the British and French fleets in Abu Qir Bay, near Alexandria, Egypt. 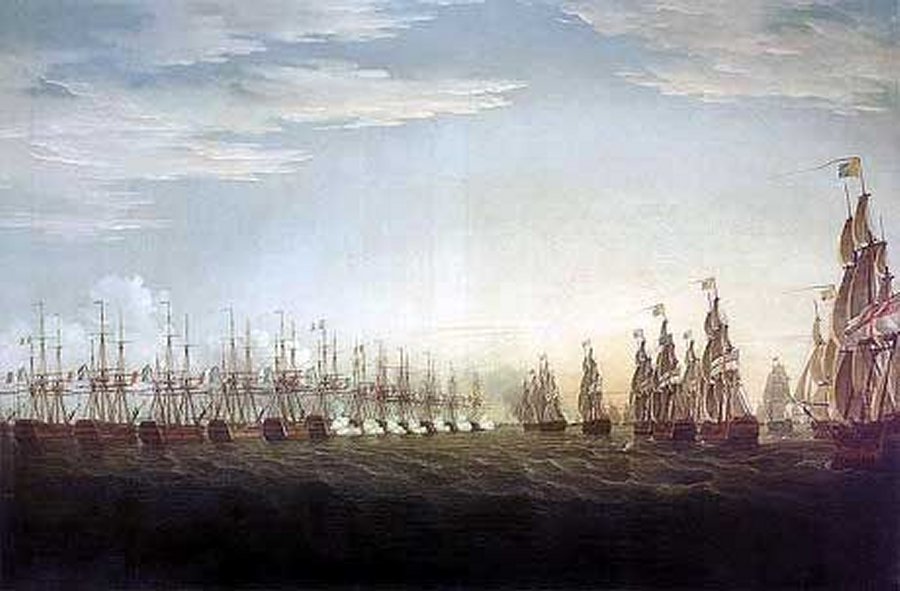 Upon seeing the defeated Frenchmen, Admiral Nelson said: “Victory is not a name strong enough for such a scene”. According to some interpretations, this was most important naval battle in history, surpassing even Nelson’s victory at Trafalgar. The French were utterly defeated with some 3,000 to 5,000 dead and wounded. In comparison, the British suffered only 218 dead).

The French Revolutionary general Napoleon Bonaparte in 1798 made plans for an invasion of Egypt in order to constrict Britain’s trade routes and threaten its possession of India.

The British government heard that a large French naval expedition was to sail from a French Mediterranean port under the command of Napoleon, and in response it ordered the Earl of St. Vincent, the commander in chief of the British fleet, to detach ships under Rear Admiral Sir Horatio Nelson to watch French naval movements there. 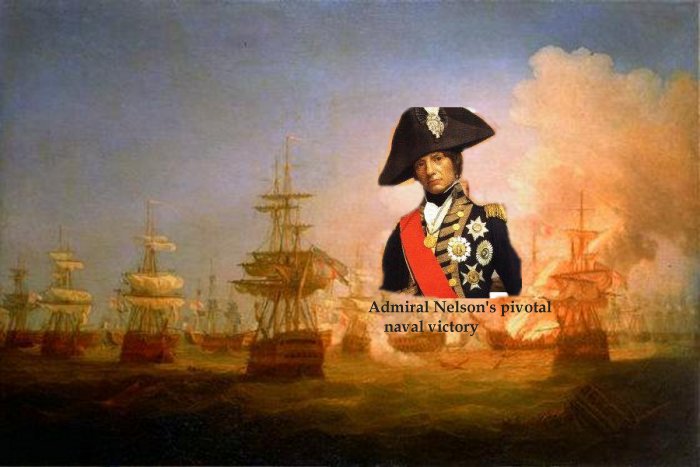 The French expedition eluded the British warships and sailed first for Malta, which the French seized from the British early in June. After spending a week at Malta, Napoleon sailed with his fleet for his main objective, Egypt.

Determined to find the French fleet, Nelson sailed to Egypt once more and on August 1 he sighted the main French fleet of 13 ships of the line and 4 frigates under Admiral François-Paul Brueys d’Aigailliers at anchor in Abu Qir Bay.

Nelson gave orders to attack and fierce fighting began; at about 10:00 pm, Brueys’ 120-gun flagship, the largest ship in the bay, blew up with most of the ship’s company, including the admiral. The fighting continued for the rest of the night, with the end result that the British warships destroyed or captured all but two of Brueys’ ships of the line. The British suffered about 900 casualties, the French about 10 times as many.

The Battle of the Nile isolated Napoleon’s army in Egypt, thus ensuring its ultimate disintegration. It also ensured that in due time Malta would be retaken from the French. These events eventually resulted in stronger prestige of the British giving them much more secured British control of the Mediterranean.