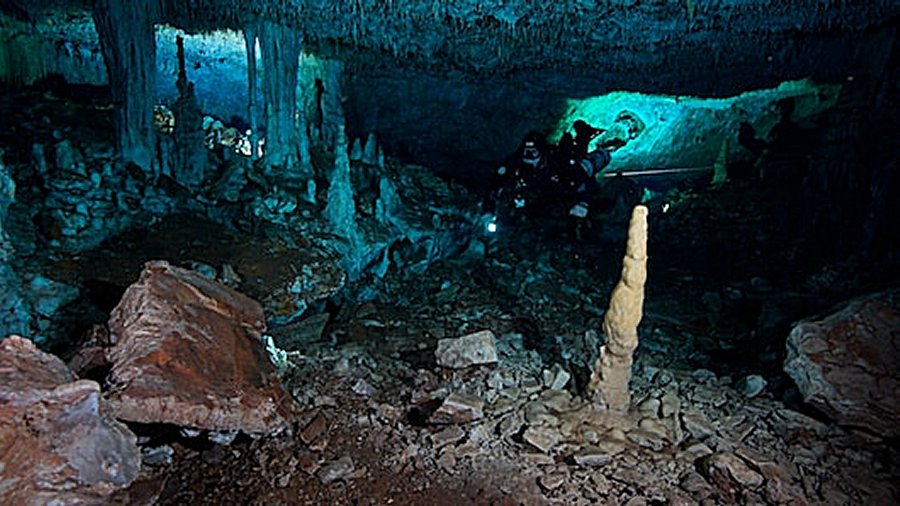 These ocher mines are considered as some of the oldest on the continent, which could explain why ancient skeletons were found in the narrow, twisting labyrinths of now-submerged sinkhole caves.

According to experts from the Underwater Archaeology (SAS) of the National Institute of Anthropology and History (INAH) and the Research Center of the aquifer system of Quintana Roo AC (CINDAQ), this evidence ranges from 12,000 to 10,000 years, making it the oldest known ocher mine in America.

Skeletal remains are scattered throughout the caves of Quintana Roo, most representing individuals who died in situ, researchers write in their paper.

For now, the reasons why these people explored these underground environments have remained unclear.

In North America, iron-rich red ochre was particularly valuable for decoration and rituals. It was used in rock art, cave paintings, burials, and other places that were of value for early inhabitants of our planet.

Although the ochre mining at La Mina was ritually motivated, researchers have not been able to identify any direct evidence for these rituals. 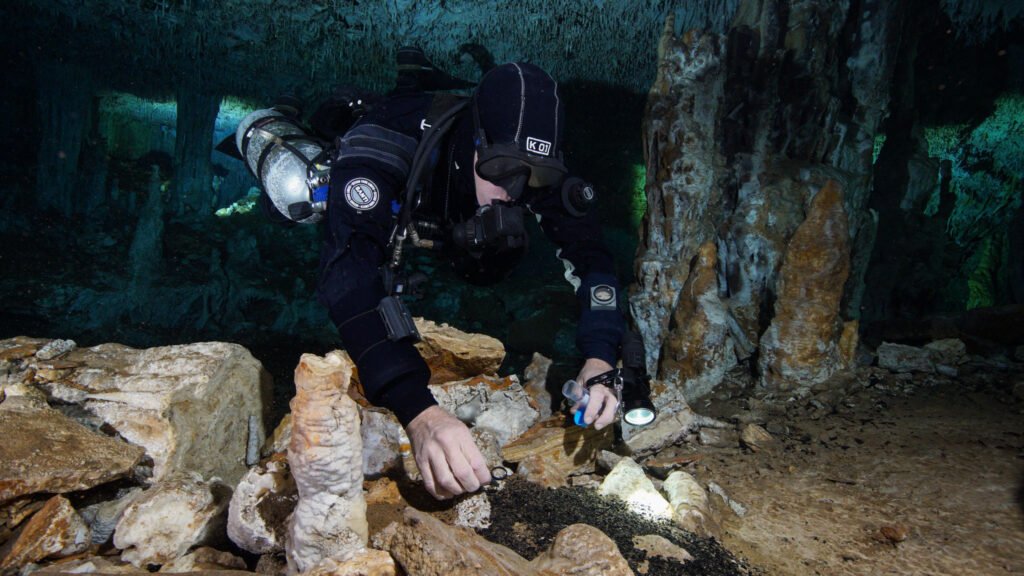 The ritual use of caves in the Yucatán Peninsula is well documented and it is known that the ancient Maya actively used caves for ritual and mortuary purposes, and even as a source of water.

This could perhaps explain why skeletal remains of ‘Naia’, a young woman who died 13,000 years ago, were found in Hoyo Negro, 600-m penetration distance within a tunnel system in 2014.

Archaeologists have long wondered how people wound up in the then-dry caves.

First, about 8,000 years ago, rising sea levels flooded the caves, known as cenotes, around the Caribbean coast resort of Tulum. But before it happened, the caves were explored by humans who went into the caves (around 10,000 to 12,000 years ago) seeking iron-rich red ochre or perhaps a shelter, water,  food, or flee predators.

The researchers have found nine sets of human skeletal remains in the underwater caves with narrow (only70 centimeters in diameter) passages and restricted space to get into or through. Additionally, they discovered remains of human-set fires, simple stone tools, and stacked mining debris.

The early miners apparently brought torches or firewood to light their work and broke off pieces of stalagmites to pound out the ochre. They left smoke marks on the roof of the caves that are still visible today.

"While Naia added to the understanding of the ancestry, growth, and development of these early Americans, little was known about why she and her contemporaries took the risk to enter the maze of caves," wrote researchers from the Research Center for the Aquifer System of Quintana Roo, known as CINDAQ for its initials in Spanish.

The researchers write that "the Maya actively used caves for ritual and mortuary purposes, as well as a critical source of water. They also exploited caves as geological resources, intensively mining red and white pigments (37, 38) as well as taking speleothems and other stone for ceremonial or symbolic purposes. While we do not discount the possibility that the ochre mining at La Mina was ritually motivated, our study has not yet identified strong evidence to support this interpretation..."