AncientPages.com - On September 26, 46 BC, Julius Caesar dedicated a temple to his mythical ancestor Venus Genetrix, because he believed she was one of his ancestors. He had a statue of himself put inside the temple because he believed that he was a relative of one. 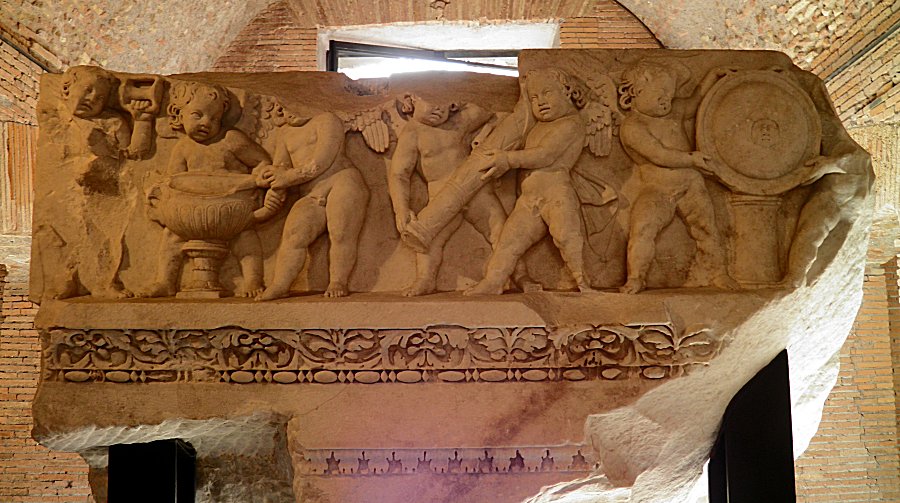 Frieze-archive representing Cupids, from the first order of the cells internal decoration from. Image via Wikipedia

Venus Genetrix ("Mother Venus") was the goddess of motherhood and domesticity and regarded as the mother of the Julian gens in particular. Caesar planned to build the temple for Venus Ventrix bit its construction was postponed due to the Battle of Pharsalus in 48 BC.

On This Day In History: Julius Caesar Defeated “Pompey The Great” At Pharsalus – On August 9, 48 BC

The temple was built of solid marble in 46 BC in the city of Rome, in the new Forum of Caesar. It was located at the end of a long enclosure by the Forum.

Inside the temple was a cult statue of Venus as well as statutes of Caesar and Cleopatra. The Cleopatra is in gold-leafed bronze. There was also numerous works of art, including Greek paintings, six collections of engraved gems, and a breastplate decorated with pearls from Britannia. 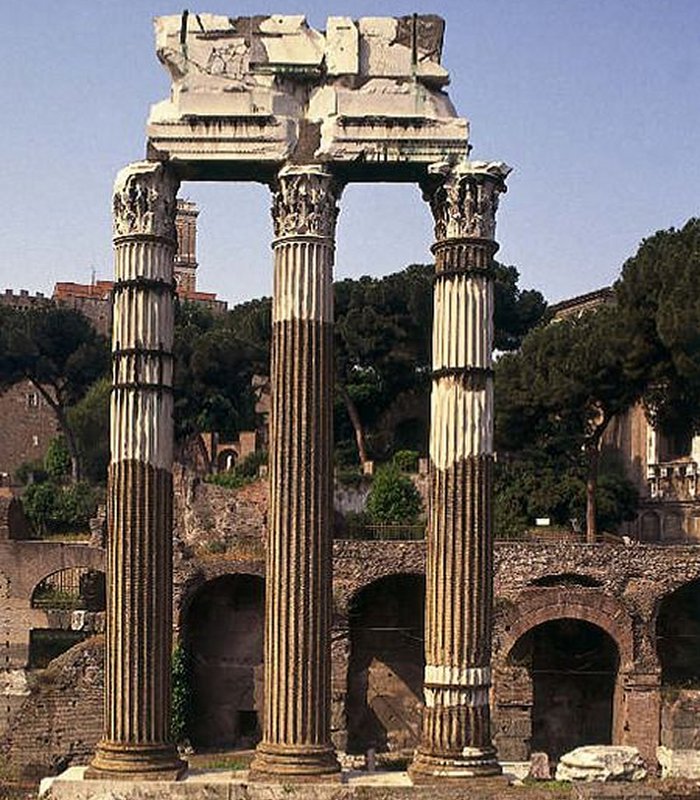 All of these treasures are now long vanished. In front of the temple stood three fountain basins which were set at either end of the facade. A low wall ran between them.

Under the reign of Titus, in 80 AD, a large fire destroyed the city and the entire Forum and the Temple of Venus Genetrix, which was later rebuilt by the Roman Emperor Domitian and Trajan finally restored the temple in 113 AD.

The remains of the Temple of Venus Genetrix have survived, along with the structure’s three sides, engravings and die-punched spirals.