The oldest case of acute decompensated heart failure has been found in 3,500-year-old mummified remains, researchers have just announced.

Consisting of just a head and canopic jars containing internal organs, the remains were found in a plundered tomb by the Italian Egyptologist Ernesto Schiaparelli in 1904 in the Valley of the Queens, Luxor, and are now housed at the Egyptian Museum in Turin. 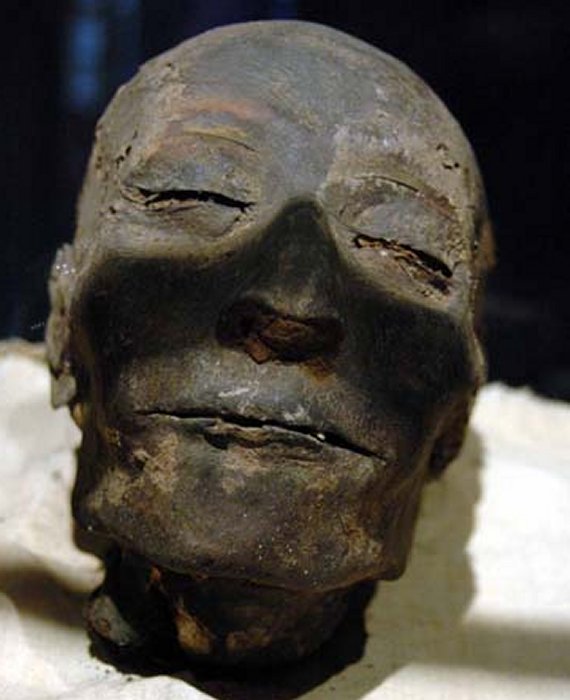 They belong to an Egyptian dignitary named Nebiri, a “Chief of Stables” who lived under the reign of 18th Dynasty pharaoh Thutmoses III (1479-1424 BC).

“The head is almost completely unwrapped, but in a good state of preservation. Since the canopic jar inscribed for Hapy, the guardian of the lungs, is partially broken, we were allowed direct access for sampling,” Raffaella Bianucci, an anthropologist in the legal medicine section at the University of Turin, told Discovery News.

She investigated the mummified remains with researchers from the Universities of Turin, Munich and York.

Detailing the findings at the conference, Bianucci reported that Nebiri was middle aged — 45 to 60 years old — when he died and that he was affected by a severe periodontal disease with massive abscesses, as revealed by Multidetector Computed Tomography (MDCT) and three dimensional skull reconstruction. 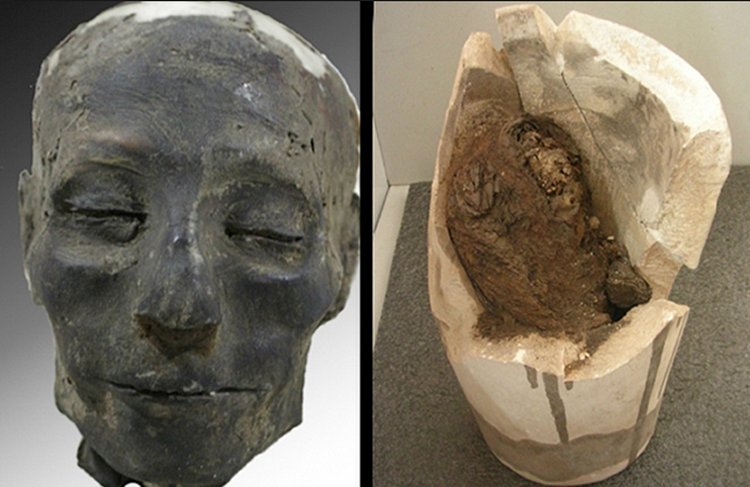 The scans showed there was a partial attempt at excerebration (removal of the brain), but a considerable amount of dehydrated brain tissue is still preserved. Linen is packed in the inner skull, eyes, nose, ears, mouth and even fill the cheeks.

The researchers also detected evidence of calcification in the right internal carotid artery, consistent with a mild atherosclerosis.

“We saw only a tiny fleck of calcium. Since the rest of the corpse is missing, it is impossible to establish whether there was calcification in other artery walls,” she added.

Most interestingly, the histology of the lung performed by Andreas Nerlich, professor at the department of pathology at Ludwig-Maximilians-University in Munich, Germany, revealed the presence of “heart failure” cells. A pulmonary edema, which is fluid accumulation in the lungs’s air sacs, was also identified.

“When the heart is not able to pump efficiently, blood can back up into the veins that take it through the lungs. As the pressure increases, fluid is pushed into the air spaces in the lungs,” Bianucci explained.

Since histochemical staining ruled out other possible diseases including tuberculosis, granulomas and acid-fast bacilli indicating mycobacterial infections, the researchers concluded that Nebiri possibly died from acute decompensation of chronic left-sided heart failure, which is a frequent consequence of chronic heart disease.