David Tee - AncientPages.com - Nineveh, the mere mention of the word may bring thoughts of evil, fear to the minds of those who read about that great city. Except for one brief period where Nineveh repented in the time of Jonah, it did not serve God but served their own desires.

The name Nineveh means 'gift of God' but it is hard to see that meaning in the behavior and deeds the citizens performed throughout its history. The people of Nineveh and Assyria were feared for their ruthlessness and cruel attitude. 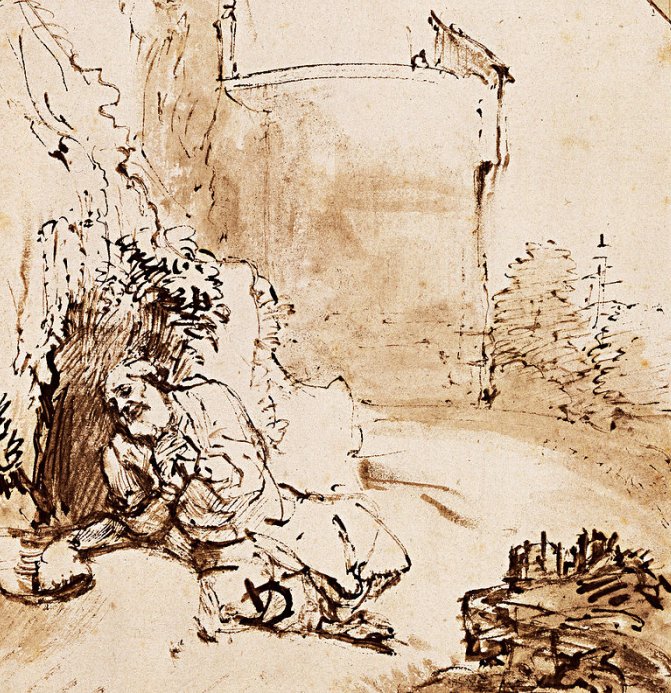 They were also known for being the center of two trade routes. Most of Nineveh's wealth came from the trade centers located in the city. From its humble beginning in prehistory to its demise in 612 BC, the city was located on the Tigris River, just next to the modern city of Mosul.

The city's earlier Akkadian Kings, Manishtushu and Shamshi-Adad I, rebuilt earlier temples dedicated to the god of Nineveh, Ishtar. She was the goddess of war and love. This gives you the idea of why the Ninevites adopted warlike practices. The most famous king of Nineveh, Sennacherib, built himself a 70 room palace that was the rival to none.

A lesser known successor to Sennacherib, Ashurbanipal, created a 22,000 volume library which was discovered in the 20th century. But even this good act did not stop Nineveh's final destruction 15 years later.

Nineveh's fame is owed to three factors. First, it was a city of war and its warlike reputation was well earned through its numerous conquests and cruel treatment of those conquered. Second, the city was built on both the north/south and east/west trade routes. Its fame and wealth would easily be spread throughout the regions by the traveling traders.

Third, it was famous for its huge library and two temples dedicated to Ishtar.

So far, archaeology has uncovered about 1700 acres of this once great city and has shown that the city's circumference was about 7.7 miles long. This discovery puts it at odds with the biblical description found in the book of Jonah.

The Bible says that Jonah walked for 3 days just to get to the center of the city. So far archaeology has disagreed with that assessment. Yet, there is a reason for this discrepancy. K.A. Kitchen, a famous Egyptologist wrote in the first chapter of his book, The Bible in Its World, of a great enemy archaeology cannot defeat. 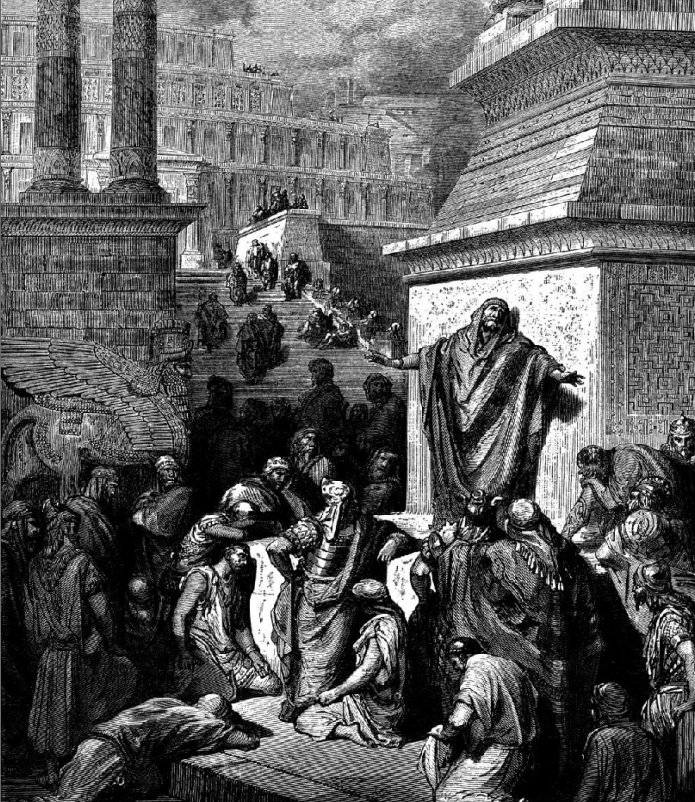 The prophet Jonah preaching to the city of Nineveh. Image source

Mr. Kitchen pointed out that erosion is one of the main enemies of archaeology and archaeologists. Erosion destroys more ancient sites at a very fast pace than almost any other natural disaster.
He also pointed out in the same chapter that archaeologists are lucky if they excavate between 2 and 5% of any given site. This means that up to 98% of the size of Nineveh is lost to time, erosion, war, and destruction.

The city was nicknamed an evil city probably because, as archaeologist Gordon Franz says in his article Nahum, Nineveh and Those Nasty Assyrians, they plundered the wealth and the people of the cities they conquered. They often dragged people off with hooks through their noses.

Throughout its over 3,000 year history, Nineveh was not known to be kind and gentle. Except during the Jonah era. Jonah was a prophet of God and in his book and the first chapter we read that the command of God came to Jonah to go preach to the city of Nineveh.

Other than his book and those opening lines, we do not know that much about the man. This is his only appearance in the Bible except for a few references in the New Testament. But those references do not provide any more details about his life or family. 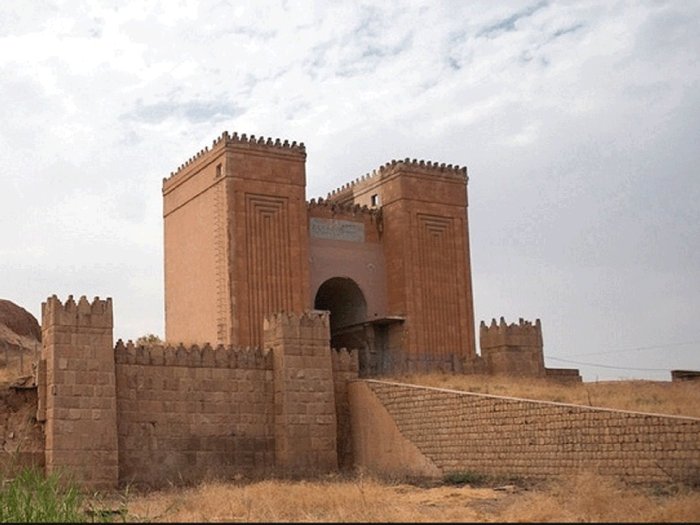 The story of Jonah is well known. He did not like the idea of preaching to such an evil city. His reason was mentioned in the last chapter. Jonah knew that God was merciful, gracious and compassionate and would spare the city of its coming judgment if they repented.

Jonah eventually was convinced to go, and he went and preached to the people of Nineveh. His preaching was a success and probably greater than the two Great Awakenings that took place in American history. Everyone, from the King on down to the lowest member of Nineveh society repented and turned away from their evil ways.

When the revival took place, Jonah did not celebrate like most modern preachers do today. He fell into a great depression and we can only speculate that he was like so many of Nineveh's enemies. He wanted to see Nineveh pay for their crimes, not be redeemed from them.

From the 4th chapter of Jonah we get the minimum amount of people who lived in the city. Jonah 4:11 tells us that over 120,000 people lived within the walls of Nineveh. An exact population count cannot be done due to the loss of civic records and most of the buildings that populated the city.

The Change Of Heart Did Not Last

This is the sad part of the story of Nineveh. It wasn't too long after the revival and Jonah's preaching that the people of the great city turned back to their evil ways. This prompted God to send another prophet, warning them of a coming judgment. This time the warning was not successful. The city was destroyed by the Babylonians and Medes in 612 BC.

The great story that was called Nineveh ended in the 7th century BC after over 3,000 years of existence. It was one of the oldest cities in antiquity. The Bible tells us that Nimrod was the original founder of the city and it was in existence at the time when God divided the world's languages and separated the people scattering them across the earth.

Kitchen K.A. The Bible in Its World

The Book of Jonah