Ellen Lloyd - AncientPages.com - When the Crusaders reached the Middle East in the 11th century, they discovered swords made of a metal that could slice a hair in half in mid-air, and yet it was strong enough to strike fear into even the bravest and persistent warrior. 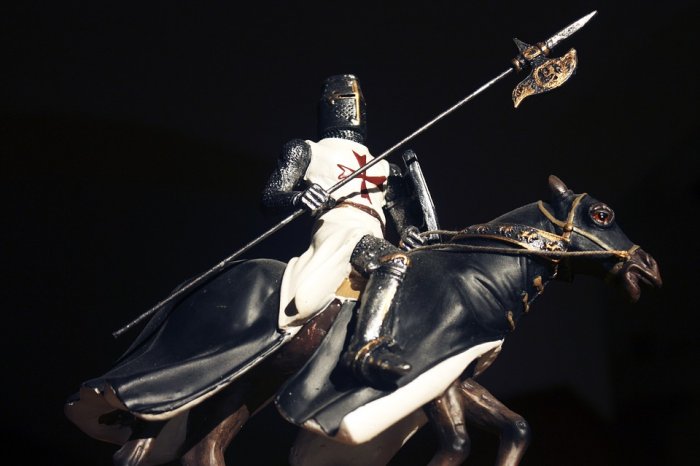 Through the ages, armorers who made swords, shields, and armor were rigidly secretive regarding their method and the formula of the Damascus steel was only known to a few persons.

Many modern attempts have been made to reproduce the metal, but no-one has been entirely successful due to differences in raw materials and manufacturing techniques.

Damascus Steel And Its Remarkable Characteristics

From around the fourth century A.D., Damascus steel was manufactured in several locations around the region. What made the swords produced with Damascus steel extraordinary was that the blades remained devastatingly sharp and tough through battle after battle.

The Damascus steel gave rise to many legends, such as the ability to cut through a rifle barrel or to cut a hair falling across the blade. According to Dr. Helmut Nickel, curator of the Arms and Armor Division of the Metropolitan Museum of Art in New York, legend had it that the best blades were quenched in “dragon blood”. 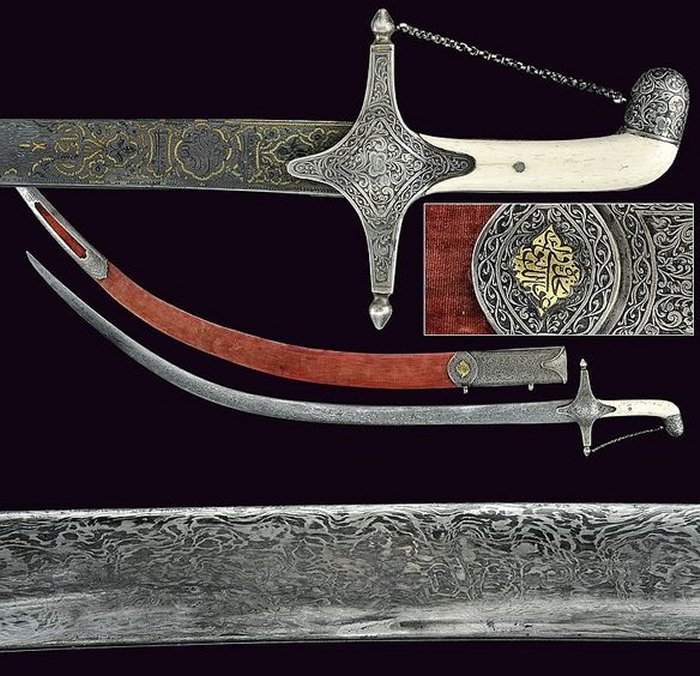 The swords were easily recognized by a characteristic watery or ”damask” pattern on their blades.” Damascus steel was not only a remarkable feat of engineering but it was a thing of aesthetic beauty too.

The metal was derived from wootz, a type of steel originating in India that is unusually rich in carbon.

Based on archaeological evidence, it has been determined that production fit the steel started in the present-day Tamil Nadu before the start of the Common Era.

The Arabs introduced the Indian wootz steel to Damascus, where a weapons industry thrived. Wootz steel was highly prized across several regions of the world over nearly two millennia and one typical product made of this Indian steel came to be known as the Damascus swords.

From the 3rd century to the 17th century, India was shipping steel ingots to the Middle East.

By 1750, the production of Damascus swords gradually declined and the process was lost to metalsmiths.

Why the swords were no longer produced is still a mystery. It has been suggested the Damascus steel production declined because firearms replaced swords and there was less demand for the metal. Another option is that the knowledge of the Damascus steel formula was only known to a small group and thus lost with time. Perhaps sword makers succeeded in concealing their techniques from competitors and from posterity.

It is also possible that the trade routes supplying wootz from India were disrupted, or that supplies of the raw material no longer had the same essential characteristics.

A major problem in doing scientific experiments on wootz Damascus steel is the inability to obtain samples for study. Such a study requires that the blades be cut into sections for microscopic examination, and small quantities must be sacrificed for destructive chemical analysis.

When researchers at the Technical University of Dresden used x-rays and electron microscopy to examine Damascus steel, they discovered the presence of cementite nanowires and carbon nanotubes. The study showed that these nanostructures are a result of the forging process.

Jeffrey Wadsworth and Oleg D. Sherby, two metallurgists at Stanford University think they may have unraveled the mystery of the Damascus steel. According to Dr. Wadsworth, a basic requirement, as suspected by a number of early metallurgists, is very high carbon content.

Dr. Wadsworth and Dr. Sherby believe it has to be from 1 to 2 percent, compared to only a fraction of 1 percent in ordinary steel. Another key element in Damascus blade production seems to have been forging and hammering at relatively low temperatures - about 1,700 degrees Fahrenheit. After shaping, the blades were apparently reheated to about the same temperature, then rapidly cooled, as by quenching in a fluid. 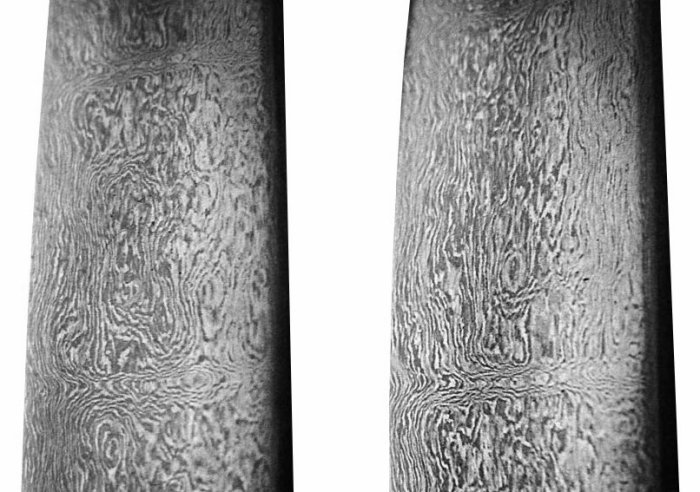 "Modern Damascus" is made from several types of steel and iron slices welded together to form a billet, and currently the term "Damascus" (although technically incorrect) is widely accepted to describe modern pattern-welded steel blades in the trade. The patterns vary depending on how the smith works the billet. The billet is drawn out and folded until the desired number of layers is formed. In order to attain a Master Smith rating with the American Bladesmith Society, the smith must forge a Damascus blade with a minimum of 300 layers.

Recreating Damascus steel is a subfield of experimental archaeology. Many have attempted to discover or reverse-engineer the process by which it was made and several researchers have come a long way, but to completely reproduce the process has so far not been possible.

Damascus steel is, without doubt, magnificent art and cutting-edge technology that may be lost to humankind forever.