A. Sutherland - AncientPages.com - Her Greek name points to Selene as the moon and is associated with the word ‘selas’ which also means ‘light’. Her Roman equivalent is Luna. 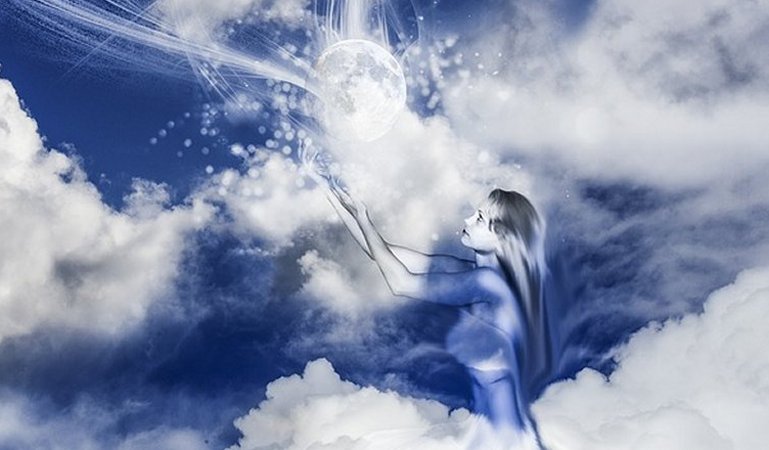 Selene is the daughter of Hyperion ("The High-One"), one of the twelve Titan children of Gaia (Earth) and Uranus (Sky) and Thea (or Euryphaessa "wide-shining").

Selene, goddess of the moon has two siblings: Eos, the goddess of the dawn and Helios, the sun-god. Her grandparents are Gaia, (Mother Earth) and Uranus (Father Sky).

She is dressed in the finest silk robes and travels in her silver moon chariot drawn by luminous steeds across the heavens. Several lovers are attributed to her in various myths, including the mighty God Zeus, Pan, god of the wild, shepherds and flocks, and the mortal Endymion, a handsome shepherd, hunter, or maybe even king who was said to reside on Mount Latmus in Caria, on the west coast of Asia Minor.

In classical times, Selene was often identified with Goddess Artemis, while her brother, Helios, was identified with Apollo. Selene and Artemis, on the other hand, were also associated with Hecate, and all three were regarded as lunar goddesses, but only Selene was the personification of the moon itself.

Full Moon In Ancient Myths And Legends Of Our Ancestors

Hermes – Messenger Of The Gods, Divine Trickster, Patron Of Merchants And Thieves In Greek Mythology

One night, when she was traversing the night sky, she looked down on the Earth below and suddenly saw Endymion, a beautiful young man sleeping. 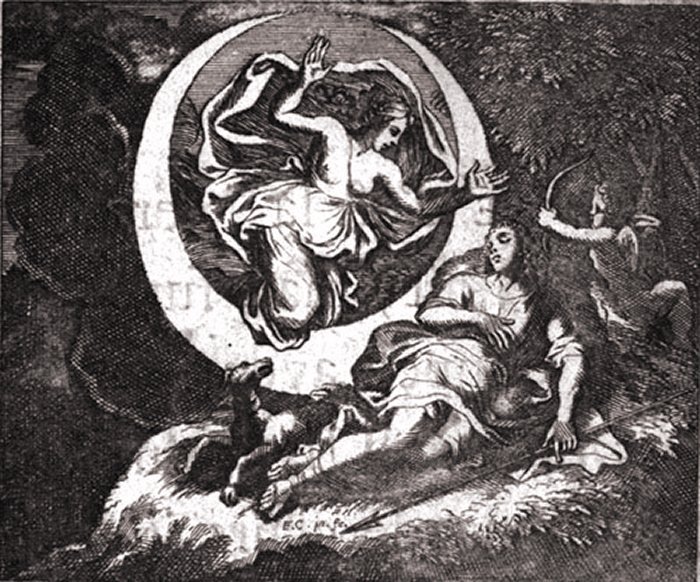 Fascinated by his beauty, Selene asked Zeus, the leader of the Greek gods, to give Endymion eternal life and to make him sleep forever. Zeus agreed because he loved Selene very much and on some occasions was her lover. The young Endymion remained young and asleep for all time, as Selene wished. From now on, Selene would visit her beloved every night when he was asleep.

It happened in a grotto in Asia Minor.

In another version of the story, it was Zeus who wakened Endymion and asked him what kind of life he would like to live. The young man, who had fallen in love with the lovely moon goddess, Selene, asked that he might sleep forever beneath her lovely and soft light.

Each night, he dreamed of a beautiful woman who came and made love to him. Selene gave birth to 50 daughters as a result of her visits to Endymion. 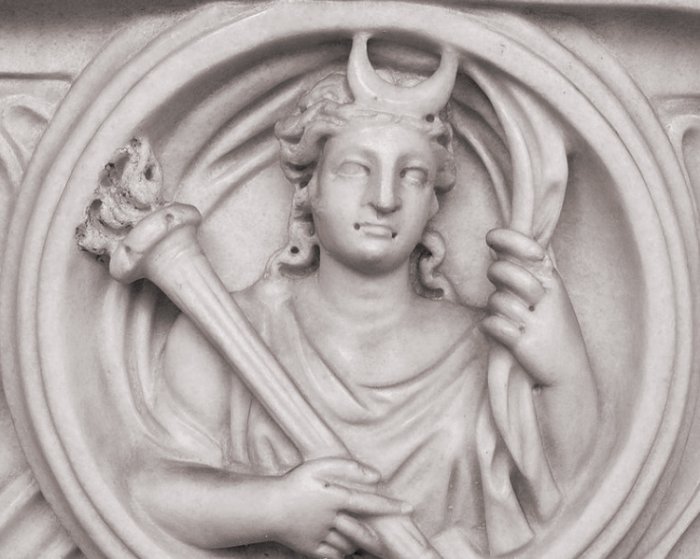 Bust of Selene in a clipeus, detail from a strigillated lenos sarcophagus. Roman artwork. Marie-Lan Nguyen/Wikipedia

Their daughters represented the 50 lunar months of the Olympiad, or period of four years marking the beginning of the Olympic Games in ancient Greece.

Selene And Helios Are Close Companions But Their Story Is Sad

In Greek myths, Semele is mentioned as a close companion to her brother, Helios.

Selene loved Helios, as herself. Although they were two opposites, the siblings wanted to spend each moment together. Their sister, Eos, was very jealous and hated Selene. She thought that only she deserved the recognition and love of Helios.

Once, when beautiful Selene and golden Helios walked together, Eos could stand the sight of them two together. She went to Zeus and tricked him, telling that Selene sends dangerous astral gods to Earth that ruin the planet.

Zeus exploded with anger and immediately banished Selene to the Universe. She was forced to part with her beloved brother in pain and sadness.

From that time, circling around his Earth with his golden chariot, Selene calls his brother from afar.