Eddie Gonzales Jr. - AncientPages.com - About 8,000 to 10,000 years ago, a major climate shift took place, and Sahara turned into a desert. Before this occurred, the region was inhabited by an ancient civilization scientists still know little about.

The Sahara is the largest desert in the world. At 3-1/2 million square miles, Sahara is as large as the United States and covers one-third of the African continent. 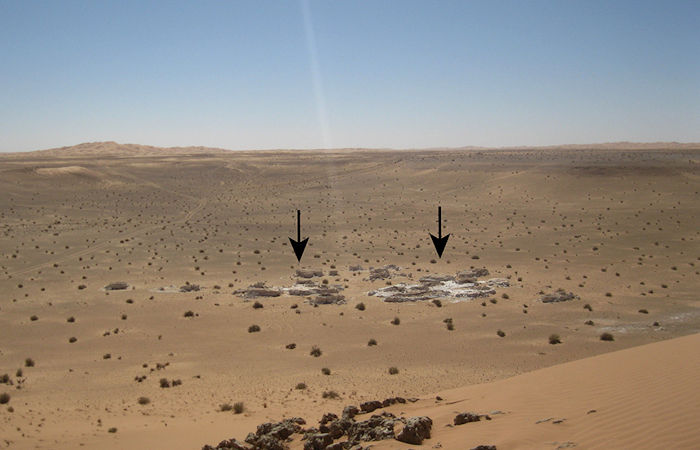 With temperatures reaching 135 degrees and humidity as low as 2%, it can be difficult to imagine that this place was once a green paradise.

However, the Sahara, which is one of the hottest and driest places on Earth, was as recently as 10,000 years ago a wonderful place to live.

The Green Sahara was a lush savannah teeming with wildlife, grass, trees, and fish-filled lakes. Scientists have now found more evidence confirming the existence of ancient lakes in the Sahara Desert.

In a recently published paper in the Journal of Paleolimnology, scientists point out that understanding the variability of past climate can thus provide us with an insight into how Sahara could change in the future. A return to conditions similar to the past warm period is possible due to anthropogenic warming.

"We particularly provide evidence for the existence of ancient lakes dated between around 10.000 and 5.000 years ago in the northern Sahara, Algeria.  Our method is based on the analysis of fossil algae found in the sand and deposited in aquatic environments million years ago when the area was covered by lakes," Christos Katrantsiotis at Umeå University says.

Christos Katrantsiotis says furthermore that the so-called Green Sahara or African Humid Period is a wet period in northern Africa that occurred during the last warm period of the Earth (Holocene) that started around 11.000 years ago due to changes in Earth's orbital parameters.

This paper provides evidence for the existence of ancient lakes, deep in the Sahara Desert, far away from the Mediterranean coast, in an area which is today completely dry. But in the past, it was a completely different environment, with lakes and trees.

Previous studies, Christos Katrantsiotis says, have indicated that the reason for this wet period in Sahara was mainly expansion of summer monsoonal rains from the tropical regions in response to orbital forcing.

"Here, we argue that the reason for this wet phase in the Algerian Sahara was the intensification of winter precipitation in the south-central Mediterranean and its penetration southward (to the ancient Sahara) associated with changes in oceanic and atmospheric circulations in the North Atlantic region In future studies, we will try to increase the dating accuracy in order to define more precisely the onset and termination of this wet period in Sahara. In addition, more samples will be analysed from new sites for a better understanding of the regional climatic conditions and the driving mechanisms behind the observed climatic changes," Katrantsiotis explains.

The study was published in the Journal of Paleolimnology