A. Sutherland  - AncientPages.com  - Ancient legends of Perchta (also known as Berchta or Berta) are native to Austria, especially Salzburg, and the Alpine regions of Switzerland, and southern Germany. 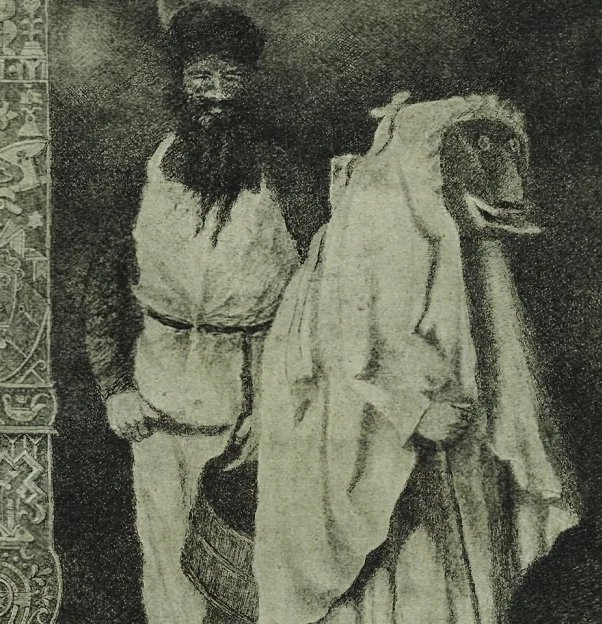 In the modern era, Perchta ('bright', 'luminous, 'brilliant') is a Christmas character, which is well-known for her activity during the Twelve Days of Christmas celebration, a period between Christmas and Epiphany (the thirteenth day).

In some descriptions, Perchta has two forms; she may appear either as a beautiful and white-robed female or as an elderly and suffering spirit. She was once considered among the Germans, a deity associated simultaneously with fertility and death. She was the goddess of winter.

In Northern Germany, Perchta is a benevolent creature, '"white as snow", and in Southern Germany, she is an evil old witch that scares children.

Today Perchta is the Christmas witch, who is usually depicted as having a goosefoot (or swan foot), which is related to ancient beliefs that goose fat helped witches fly. 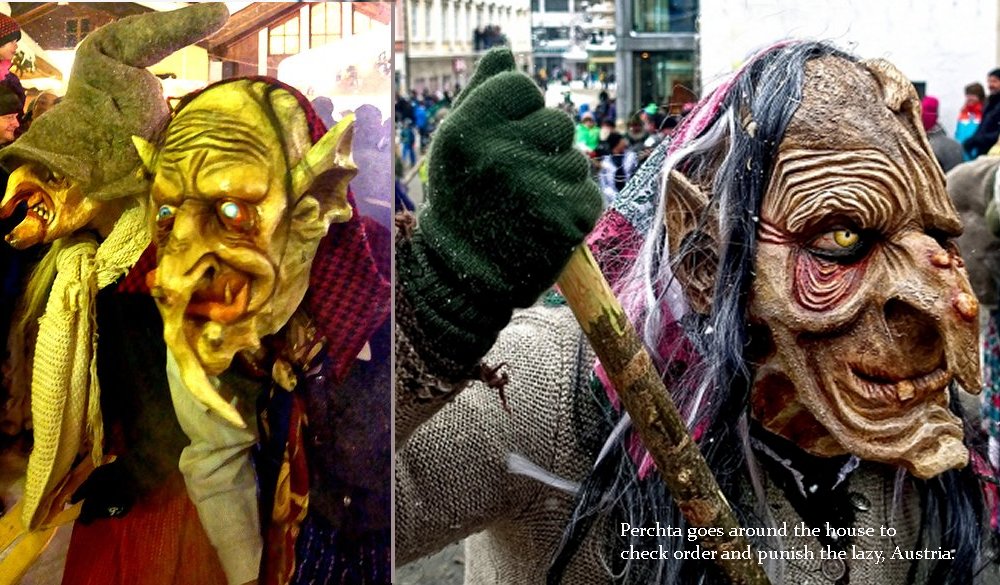 On Christmas Eve, the mummers - in creepy garments and led by Perchta go around the whole district dancing wildly and making much noise. Both images credit: Holger Uwe Schmitt

Jacob Grimm, a German philologist, jurist, and mythologist, believed that the strange foot was Perchta’s ability to shapeshift to animal form. Grimm also linked Perchta with pagan moon goddesses like Selene and Diana, a Roman goddess of the hunt, the Moon, and nature, associated with woodland and wild animals.

As to Perchta's ability to fly, Grimm believed she also led the Wild Hunt, a folklore motif that historically appears in European folklore, and involves a supernatural or ghostly group of hunters passing in wild pursuit.

The Wild Hunt symbolized catastrophes such as plague, war, or the death of someone who witnessed it. In Norse beliefs, the god Odin was a leader of the Wild Hunt, and Yarilo (Jarilo), the god of spring, dying, regeneration, and abundance, was the hero in beliefs of the Slovenians.

In Tyrol, a historical region in the Alps located in western Austria and Northern Italy, Perchta is usually depicted as a little old woman with a wrinkled face, bright, lively eyes, and a long hooked nose. Her hair is disheveled and her clothing is torn.

Perchta is known as the one who likes to reward the hard-working, and her generosity in gift-giving is particularly well-known during the twelve days of Christmas. 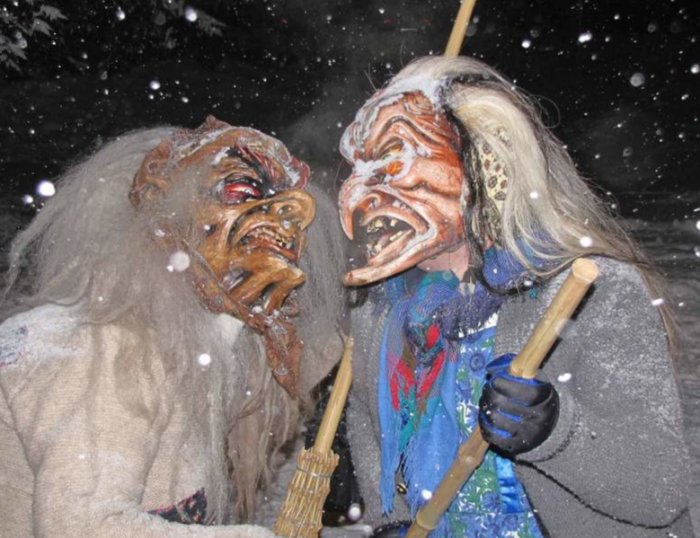 Folk legends of Austria and Bavaria tell us that Perchta usually wanders around the countryside,
and also has the habit of going into houses. Upon entering the house, she checks whether the owners cleaned the house well before Christmas, and also finds out whether the children behaved well during the year and were obedient.

She punishes bad behavior, especially lying children and women who were busy with spinning but used to work at night or on holiday. Lazy and greedy individuals cannot expect much more than only punishment.

Legends say that some of Perchta's punishments are horrible. One of her favorite penalties involves ripping out the sinful's intestines to replace them with garbage and straw.

Traditionally, Perchta appears during Christmas processions and parades in Austria. One of such bizarre participants is also Krampus. He is a bizarre figure popular advent figure that survived in beliefs of Austria, Bavaria, Croatia, Czech Republic, Hungary, Northern Italy, South Tyrol, and the Province of Trento, Slovakia, and Slovenia. 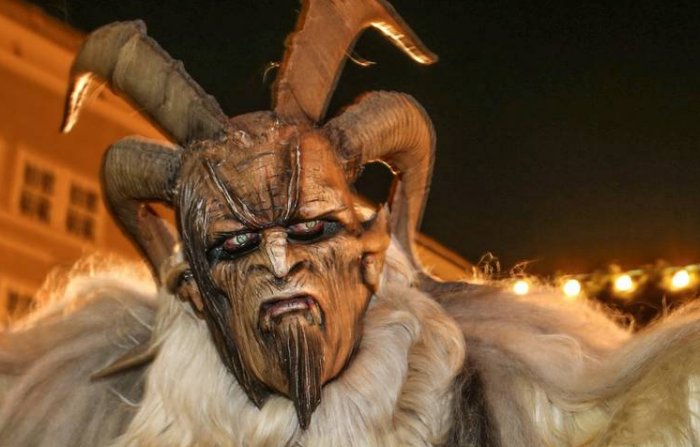 Krampus accompanied by Perchten run down the street, growling, half dancing, half stamping, every single spectator is left just a little unsettled. Image source

Krampus is usually portrayed as a horned,  half-demon" and "half-goat, an individual that is a scary companion to the friendly Saint Nicholas. Krampus scares children into obedience and threatens with punishments inflicting pain or kidnapping of children who have not been kind.

In his book 'They Do What? A Cultural Encyclopedia of Extraordinary and Exotic Customs from around the World', Javier Galván writes that "usually this parade takes place on December 5; though, in larger cities, there may be numerous runs throughout the Christmas season.

In Germany, women sometimes dress up as the goddess spirit Perchta. According to Jacob Grimm - the nineteenth-century author and editor of the popular "Grimm's Fairy Tales" - Frau Perchta is responsible for Krampus as a 'guardian of the beasts,' similar to her spirit equivalents in other Alpine regions..."

Today in Austria, particularly Salzburg, the wooden animal masks (called 'Perchten') are used in the annual festivals. Beautiful masks are said to encourage sudden, unexpected profit or gain, and the ugly and often hideous masks are worn to drive away evil spirits.

The participants dressed in 'Perchten' costumes continue this centuries-old tradition.

Salzburg Stage of the World

Rätsch Ch., Müller-Ebeling, Pagan Christmas: The Plants, Spirits, and Rituals at the Origins of Yuletide