Conny Waters - AncientPages.com - Scientists' knowledge of the Parthian Empire has increased with the latest discovery at Al-Suwaira, about 60 km south of Baghdad. An archaeology team has unearthed an ancient Parthian (247 B.C. to 224 A.D.) city and more than 200 artifacts at the site. 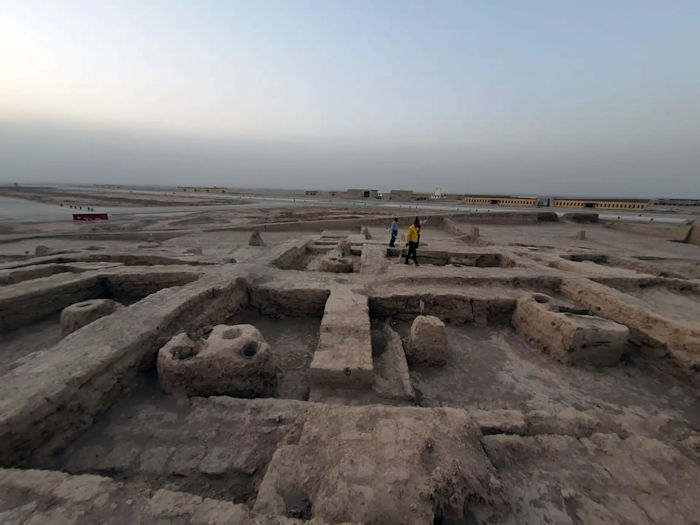 A Parthian site has been discovered south of Baghdad. Credit: Iraq's State Board of Antiquities and Heritage

According to a statement from the Iraqi State Board of Antiquities and Heritage (Sbah), the recently completed 150-day mission occurred in Abu Ghafil, near Al-Suwaira Air Base, and revealed wooden residential structures and 233 artifacts that were sent to the Iraq Museum in Baghdad.

“It was a salvage project to dig two mounds at the site of Abu Ghafil," the archaeologist Mohammed Sabri, the head of the expedition, explains. "The main discovery was a manufacturing and residential settlement of the Parthian period, which I believe was a kind of a vassal settlement.”

The Parthian Empire "lasted almost 500 years, from the mid-3rd century BC until 224 CE. Their empire was the most lasting of the empires of the ancient Near East.

They came to power under king Mithradates the Great (171-138 BC); their territories stretched from the Euphrates River in the west to Central Asia and the borders of Bactria in the east. The Parthian empire occupied Iraq, Armenia, all of modern Iran, parts of Turkey, Georgia, Azerbaijan, Turkmenistan, Afghanistan, and Tajikistan, and for a short time, also territories in Pakistan, Syria, Lebanon, Israel, and Palestine.

The Achaemenids and Sassanids overshadowed the Parthians despite their enormous role in forming a strong link between East Asia and Europe's peoples." 1

The Parthian Empire lay on the Silk Road trade route between the Roman Empire in the Mediterranean basin and the Han dynasty of China, and included Persian, Hellenistic, and regional cultures. 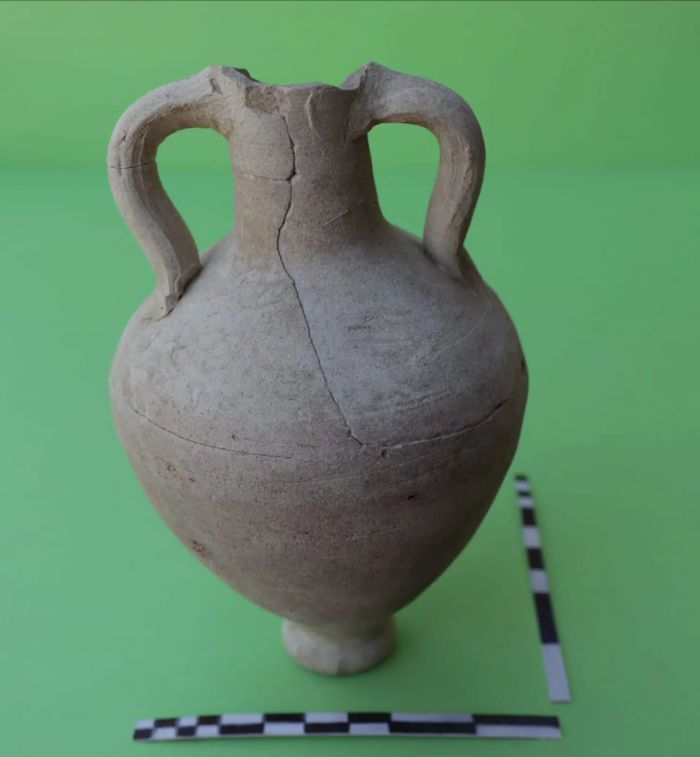 Around 233 artifacts have been sent to the Iraq Museum in Baghdad, including this well-preserved vase. Credit: Iraq's State Board of Antiquities and Heritage

The uncovered Parthian artifacts are highly significant, and most of the objects are household items, including “a typical, simple Parthian jar with a tipped base that was common in that era.

"In accordance with the latest surveys conducted by Iraqi staff of the SBAH, we have about 15,000 archaeological sites, registered and non-registered [in Iraq],” Sabri explains. “Some were registered from the beginning of the last century and even before that. To dig this number of sites, we will need millions of years since it is a precise, scientific work that requires patience, trillions of dinars, and tens of thousands of archaeologists to supervise the work.

Sabri says SBAH has long-term plans "to dig a specific number of sites for scientific and other practical reasons, besides the restoration, rehabilitation, and survey projects in our ancient and heritage site."

"Under Saddam, the Parthian era sites were often overlooked as their restoration could appear to be glorifying the Persian empire at the time of the Iran/Iraq war," archaeologist Tobin Hartnell of the American University of Iraq, Sulaimani—who will accompany a tour of ancient sites this fall organized by the Detroit-based tourism company Spiekermann Travel said. 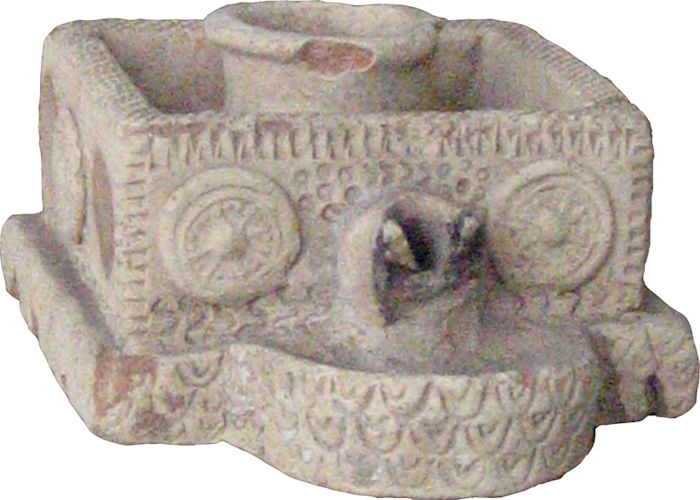 "Lots of major projects were focused more on the ancient Tigris/Euphrates area rather than Wasit that was further east and closer to Iran. Just another reason why this is an underappreciated part of Iraq’s heritage," Hartnell  added.