AncientPages.com - An underground cache of bronze wares has been unearthed from a tomb site dating back 2,300 years in the city of Chengdu, a large city located n Sichuan, China.

Chengdu - the earliest settlement in Southwest China -  is a famous cultural city with a recorded history of more than 2,300 years, although there is evidence of human habitation there 3,700 – 4,500 years ago. 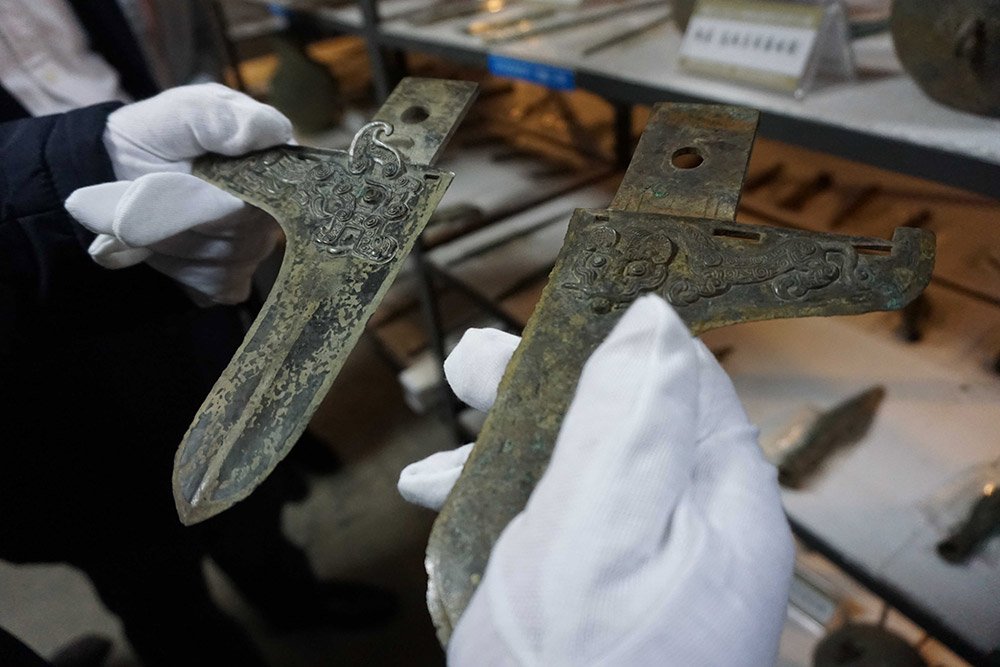 Archaeologists have already completed the excavation of 180 tombs.

"The patterns on the bronze items are typical of the Bashu culture. Therefore we can draw the conclusion that the tombs date back to the days before the state of Qin conquered the states of Ba and Shu [approximately 310 B.C], " said Liu Yumao, a researcher with the Chengdu Cultural Relics and Archaeology Research Institute.

(Only a month ago, excavations revealed tombs, containing boat-ship coffins, located in the Qingbaijiang district of Chengdu.)))

Large Collection Of 2,200-Year-Old Tombs With Boat Coffins Made Of Nanmu Wood, Unearthed In SW China

The Bashu Culture - an important part of Chinese culture – has a long history which originated from the late Neolithic Age.

Sanxingdui - the great archeological discovery of ancient Shu, is a strong proof of glorious jade and bronze culture in Sichuan.

The Shu's  earliest people moved to Sichuan and established their own kingdom more than 4,000 and 5,000 years ago. They founded the most brilliant civilization of Sichuan and the fertile Chengdu Plain was the center of the Shu Kingdom. The 3,200 year-old Sanxindui Cultural Site in Central China was probably the kingdom's early capital.

The Mystery Of Sanxingdui: Who Were These Mysterious People And Unusual Masks They Created?

The Sanxingdui ruins - a part of the ancient kingdom of Shu - give a strong proof of glorious jade and bronze culture in Sichuan. These ruins represent one of the most important archaeological discoveries of the 20th century. 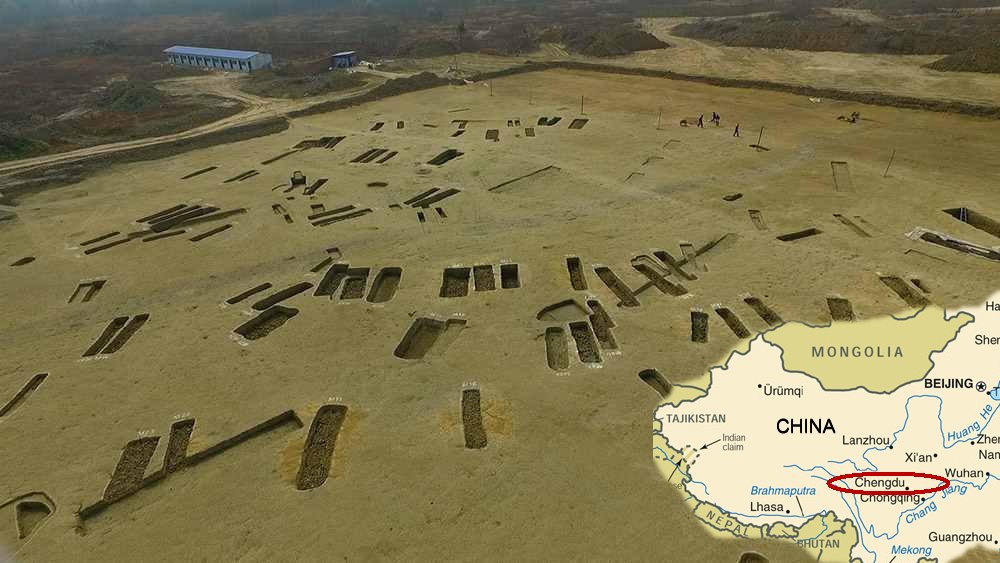 Archaeologists have already completed the excavation of 180 tombs. in the Qingbaijiang district of Chengdu.

According to Wang Tianyou, the head of the excavation team, many antiques made of bronze, lacquer, wood, pottery and jade have been pulled from the tombs. Of them, the more than 540 pieces of bronzeware are especially eye-catching.

Experts noted that the discovery will help to lift the veil from the mysterious Shu culture. It will also serve as an important reference for customs in ancient Sichuan.