A. Sutherland - AncientPages.com - Charlemagne, also known as Charles the Great (742 - 814), is considered the most remarkable of all medieval rulers in the history of the European continent.

His kingdom stretched to the territories, in which today include France, Germany, Benelux, part of Italy, and Switzerland and his contemporaries called him the ‘Father of Europe’. 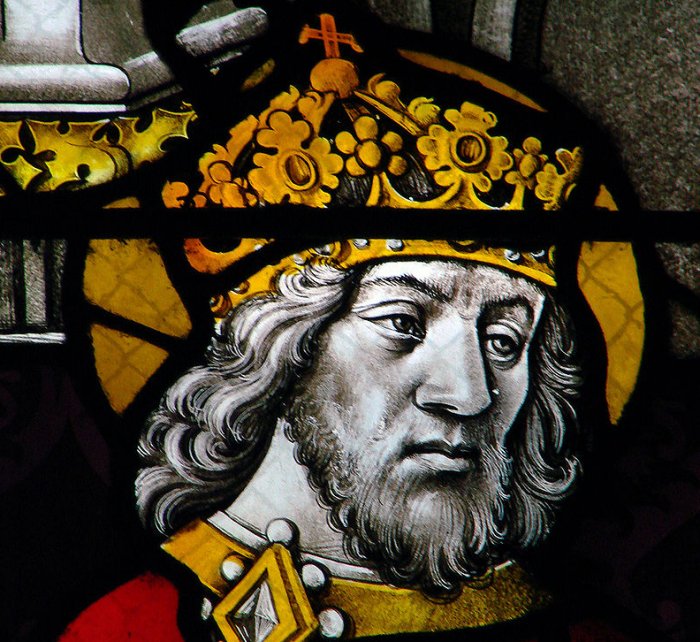 In the Cathedral of Moulins, France, the end of the 15th century. Photo: Vassil/Wikipedia

For some, he was a national hero, for others, almost semi-legendary figure and after his death - in a way - he was still alive. His life was remembered and his achievements inspired the Crusades, and later European leaders such as Louis XIV, Napoleon I, and Hitler. Even today, there are people who claim Charlemagne as the founder of European unity.

Charlemagne proved to be a talented diplomat and able administrator of the vast European kingdom he controlled. He was a true enemy of pagan worshippers.

Charlemagne was an enthusiastic promoter of literacy, respected education, and loved books. An excellent scholar in many other subjects, including language and mathematics, unfortunately, he never learned to write. 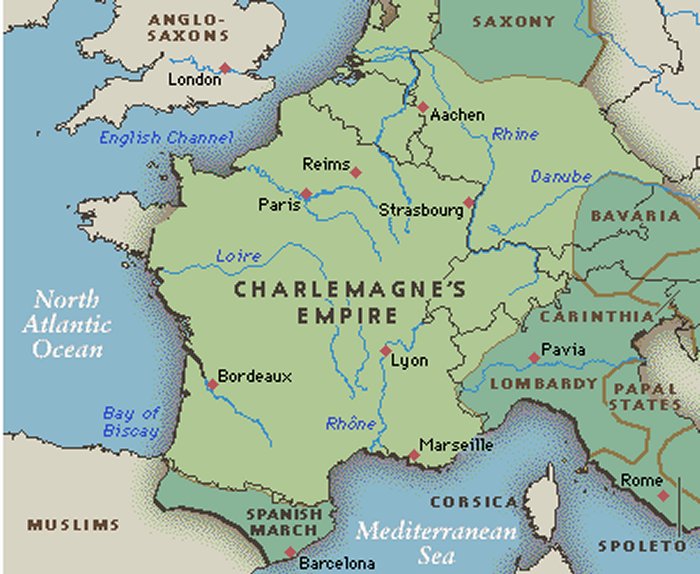 Charlemagne was a successful conqueror. He defeated the Lombards in northern Italy and made himself their king. He campaigned in Spain and Hungary.

Charlemagne was born around 742, but his exact birthplace is unknown, although Aachen in modern-day Germany and Liege in present-day Belgium were proposed as possible locations.

Very little is known about his childhood. He was illiterate for much of his life. He hired learned men to read out loud to him at dinner. He studied grammar, rhetoric, and mathematics and learned to speak Latin and understand some Greek in addition to his native Frankish, but he had difficulties to learn to write. From ancient historical records, we know, he practiced writing on his wax tablets while in bed and then hid them under his pillows.

When his father Pepin the Short (714 – 768) died, the kingdom was divided between Charlemagne and his brother Carloman and when his brother died in 771, Charlemagne became the leader of the reunified Frankish kingdom, which ruled from several cities and was engaged in many military battles during his reign. 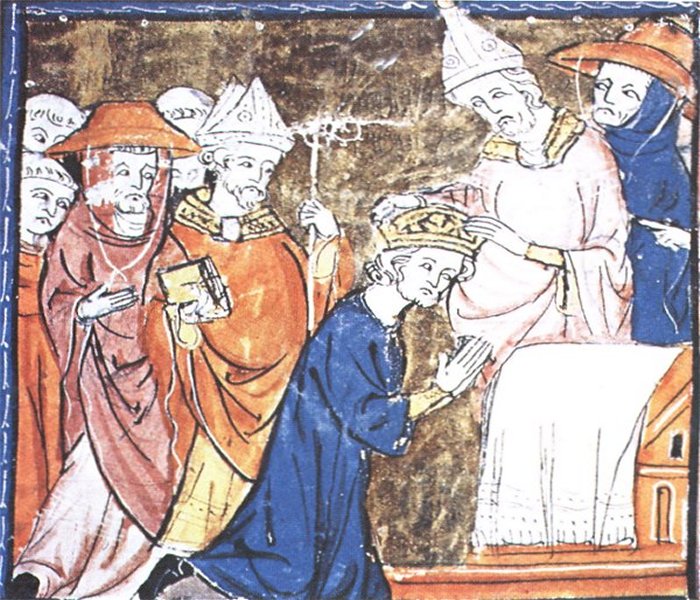 The coronation of Charlemagne by Pope Leo III. source

He conquered Saxony in the 8th century, but to win the battle over the Saxons was not an easy task. He proceeded to spread Christianity into the Northern part of Europe, by forcing Catholicism on the conquered people and slaughtering those who refused to convert. Charlemagne financially supported churches and protected the popes. He also made churches function as refugee shelters.

Pope Leo III acknowledged Charlemagne as a ruler and in 800, at Mass on Christmas day at St. Peter’s Basilica in Rome, and gave him the title of Roman Emperor.

Interestingly, Charlemagne began to use this title much later, probably because he feared it would create dependence on the Pope.

Charlemagne made many contributions to the future of European education. He sponsored the creation of a new uniform script for copying texts, the development of textbooks for teaching Latin to non-Latin speakers, and the collection of Latin manuscripts. He promoted learning that was given a time and a place to flourish. He set up monastic schools, supported authors and artists, and devised the system of pounds, shillings, and pence that was used during the middle ages and in Britain until the 1970s.

Among his other achievements was the creation of the "Carolingian Miniscule," an alternative to the capital letters used in Latin text.

Charlemagne died in 814 and was buried at the cathedral in Aachen. He left control of his empire to his son, Louis the Pious. At the time of his death, his empire encompassed much of Western Europe.

His enormous cultural legacy has survived until today.